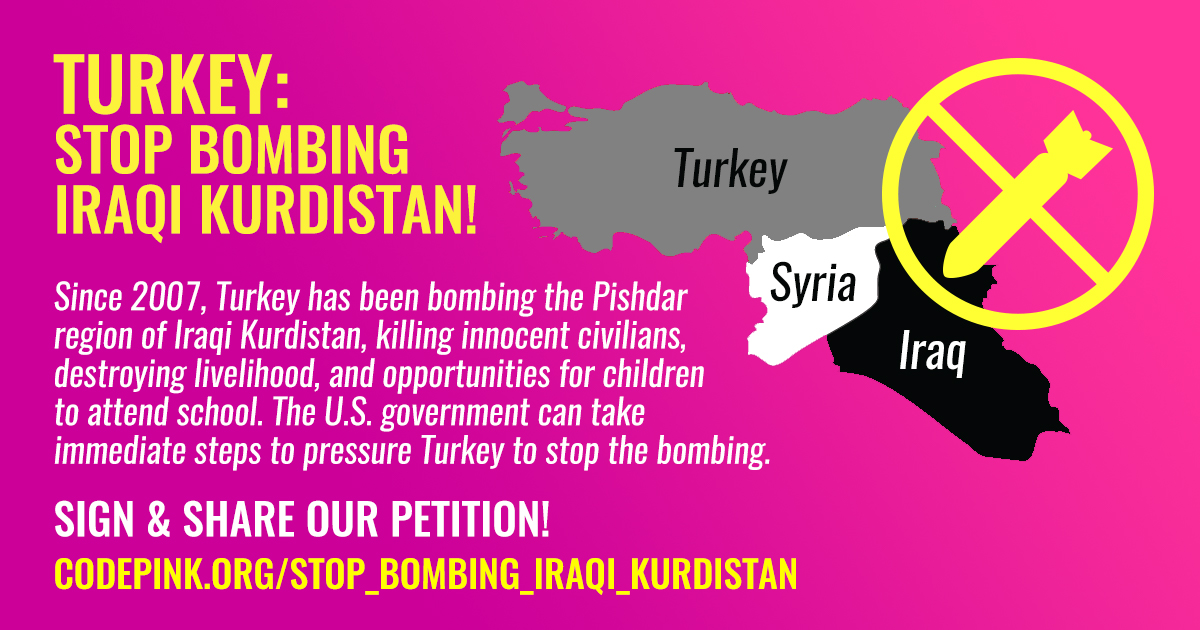 Kurds, numbering around 30 million people, are the largest stateless national group in the world, spread over eastern Turkey, northern Syria, Iraq, and western Iran. Since 2007, the government of Turkey has been bombing the Pishdar region of Iraqi Kurdistan. Innocent Iraqi Kurds are victims of these bombings — twenty people have been killed and more than a hundred civilian homes destroyed. The people of this area have been displaced, which has taken a mental toll. They struggle with the loss of their livelihoods (livestock, beekeeping, agriculture). The constant bombardment has resulted in a lack of schools, since teachers are afraid to travel to the area.

The US government could take immediate steps to pressure the Turkish government to stop the bombing. Sign the petition.

In May, Donald Trump stated President Erdogan of Turkey would receive a quick order of military equipment. The United States supports Turkey’s continuous bombing of the PKK (Kurdistan Workers’ Party).However, these bombings are hurting innocent people.

Turkey's bombardments continue to date. On Friday, July 28, 2017, as part of their cross-border bombing campaign, the Turkish army shelled areas around Zakho district of Iraqi Kurdistan. As a result, four civilians have been injured. The Turkish officials claimed that they shelled the area due to the presence of the Kurdistan Workers’ Party (PKK). However, the civilians have rejected the Turkish government's claim.

Let's listen to the innocent civilians! Sign the petition to stop the bombing in Iraqi Kurdistan.