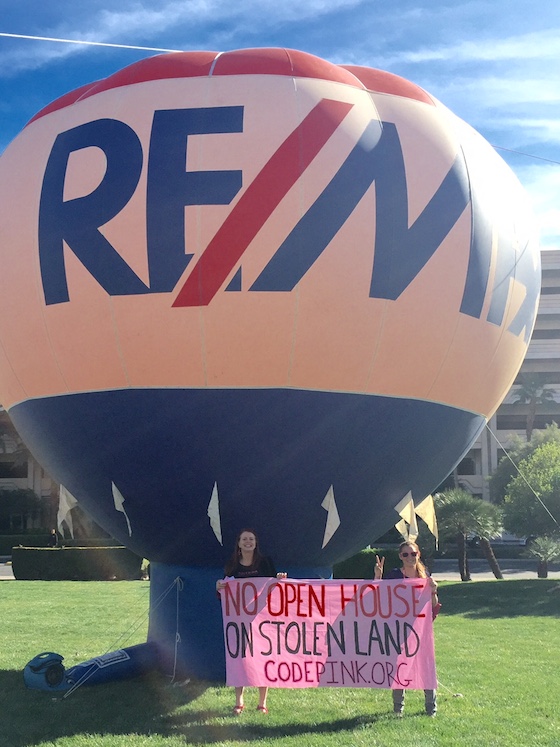 Join CODEPINK to protest at the Venice Beach RE/MAX office to demand that RE/MAX completely cease their involvement in Israel’s illegal occupation of Palestine. The Presbyterian General Assembly recently passed an overture calling on RE/MAX to stop selling homes in illegal Israeli settlements in the occupied West Bank and East Jerusalem. Just prior to the assembly, RE/MAX LLC made a statement admitting that settlement sales are problematic. Now we are asking them to act on that statement and completely extricate themselves from Israel's settlements enterprise.

Learn more about the Remodel RE/MAX campaign to get RE/MAX to stop selling homes on stolen Palestinian land and sign the letter to RE/MAX CEO Dave Liniger.

We look forward to seeing you there!