Together We Can Win the Fight for Palestinian Human Rights! 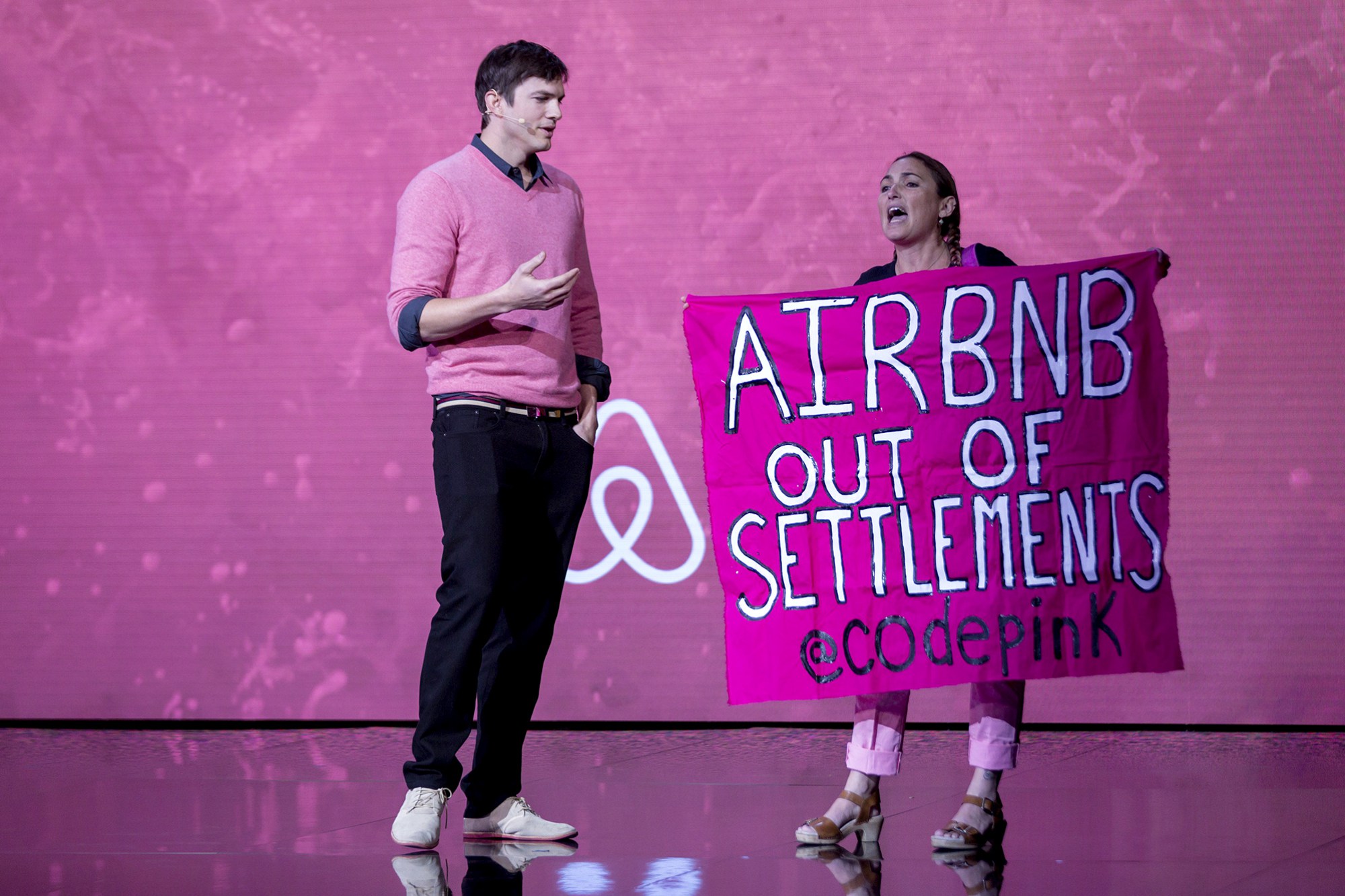 We at CODEPINK are proud to have spent the last few years supporting the campaign against global security giant G4S, which contracts with the Israeli prison system where Palestinian children as young as 12 are detained, abused, denied access to lawyers, and held in solitary confinement. On Friday, we received the great news that G4S had just sold almost their entire Israeli business, which they called “reputationally damaging work.” Our hard work and diligent efforts paid off!

Help us continue our work for justice in Palestine by making a tax-deductible year-end donation to support CODEPINK!

On November 19, we unfurled an Airbnb Out of Settlements banner on the stage of LA’s Orpheum Theatre, where actor Ashton Kutcher and Airbnb CEO Brian Chesky were giving a talk — an action that gave global attention to the fact that Airbnb is renting homes in illegal settlements. On November 30, we met with the US State Department on behalf of renowned nonviolent Palestinian human rights defender, Issa Amro, who is facing 18 charges in Israeli military court for his work to build a local peace economy in the brutally occupied West Bank city of Hebron.

Make a tax-deductible year-end donation of $100 or more and a receive a pink purse embroidered by Palestinian women in the West Bank.

As we achieve more and more wins for Palestinian human rights, our opposition mobilizes with more and more force. On Thursday, AIPAC and other pro-occupation forces succeeded in pushing through the Senate the Anti-Semitism Awareness Act, an act that conflates criticism of the Israeli government with anti-Semitism. On Friday, NY State Governor Andrew Cuomo’s McCarthyite blacklist of companies and organizations that support the nonviolent boycott, divestment, and sanctions movement was published.

These attacks on our right to free speech are chilling. But they only strengthen our resolve to work harder than ever.  Please make a tax-deductible year-end donation now to ensure that CODEPINK continues to have the resources we need to speak truth to power and work towards a world without war!