This is not LUSH! 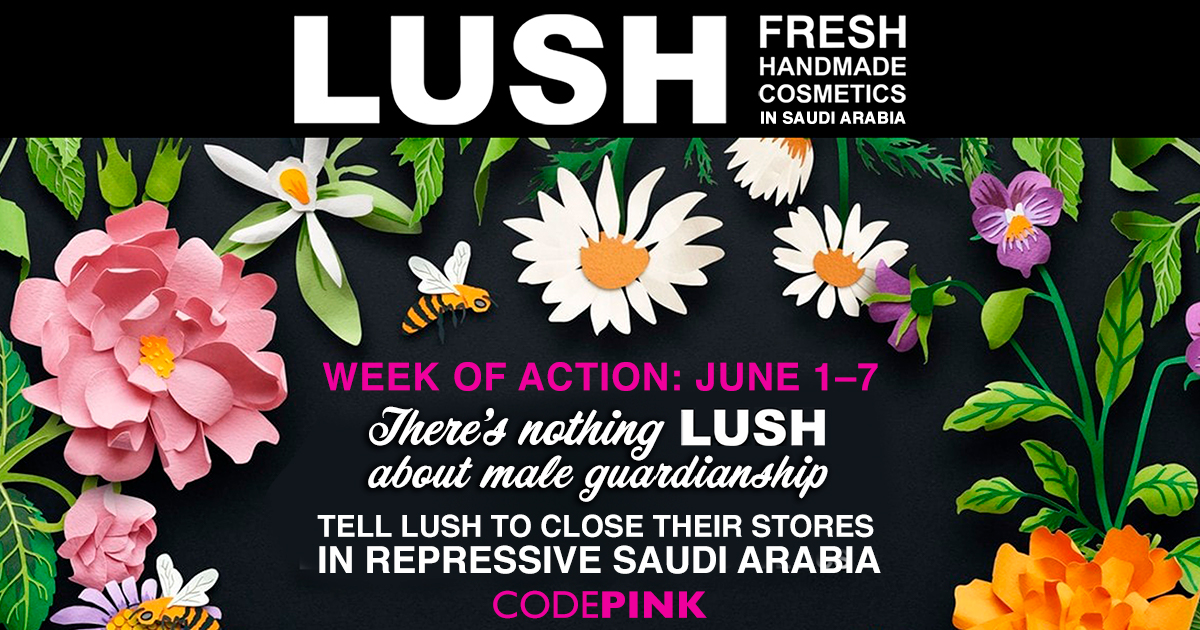 Lush Cosmetics is one of the world’s most socially conscious businesses. Their popular products — soap, fizzy bath “bombs,” makeup, and more — are sourced from vegetarian ingredients, sold wrapped in recycled materials, and a portion of their profits goes to support wonderful projects such as animal protection, regenerative farming, and even freedom and dignity for Palestinians. That’s why it was so shocking to learn that Lush operates two stores in the kingdom of Saudi Arabia!

If you’re concerned that Lush is selling their products in Saudi Arabia, take a moment right now to send Lush an email asking them to honor their commitment to social justice and close their stores in Saudi Arabia!

Saudi Arabia subjects women to the oppressive male guardianship system, in which all Saudi women need permission from a male to travel, study, obtain a passport, and marry. Saudi women activists are right now languishing in prison, subjected to horrific beatings, electroshock, and sexual harassment as punishment for their activism. Saudi is the cause of the worst humanitarian crisis on earth. Since 2015 some 85,000 children under the age of five have died from acute malnutrition as a result of the war.

We can’t think of a better company to speak out against Saudi crimes than Lush Cosmetics. We feel confident that once Lush realizes that their stores in Saudi Arabia are whitewashing horrible crimes against Saudi women, journalists, and Yemeni children, they will take action. Which is why it’s so important for you to make your voice heard and ask them to close their stores in Saudi Arabia!

Together, we can stand up against human rights violations by demanding divestment from the Saudi regime.

P.S.— Interested in taking this conversation to your local Lush store? Join our week of action from June 1st–7th where we will gather with local CODEPINKers and ask Lush employees to expand their human rights efforts by holding the Saudi kingdom responsible and closing their Saudi locations.