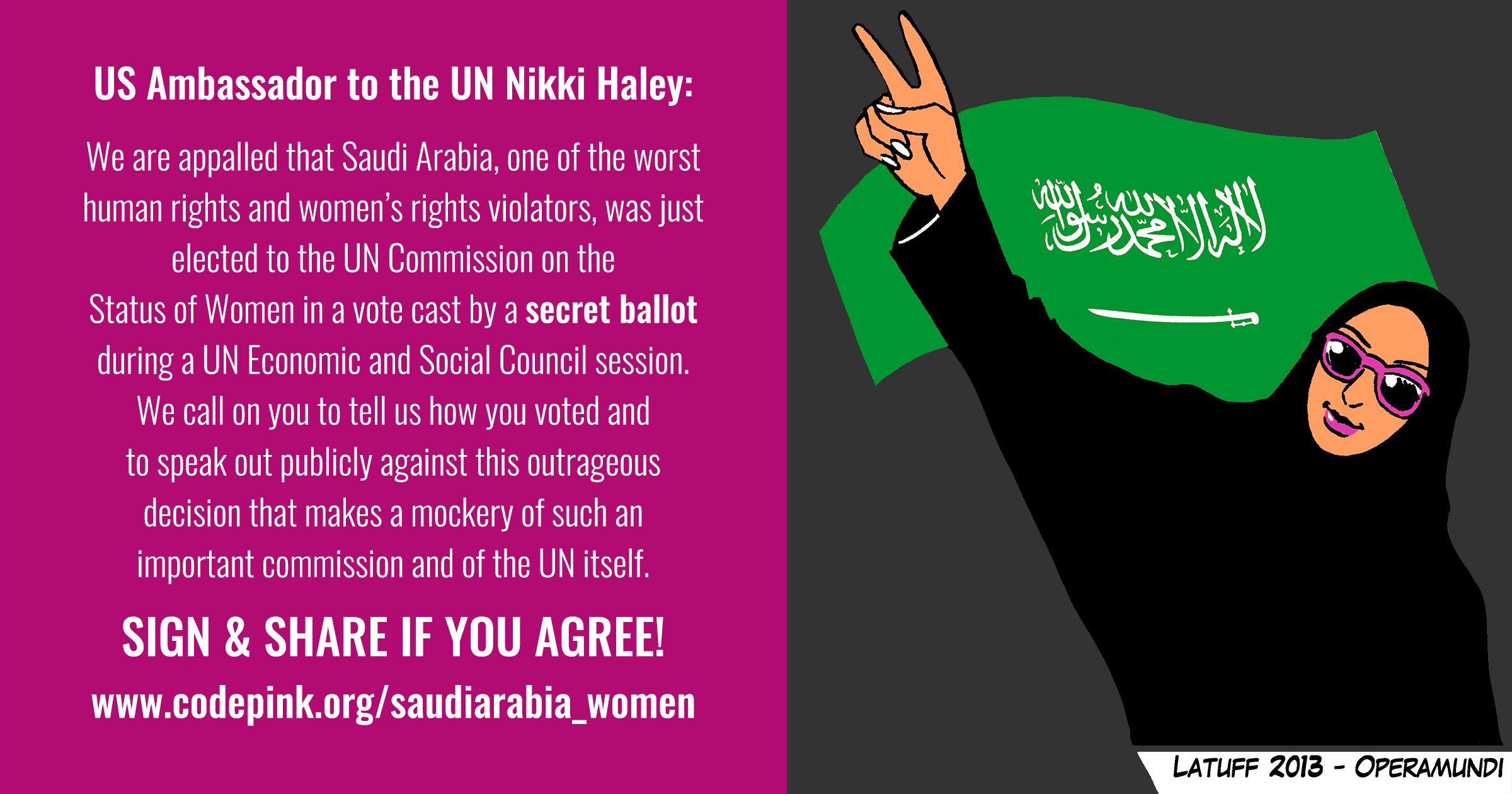 As Saudi woman living in the United States and campaigning for women’s rights, I was disgusted when I heard that Saudi Arabia, one of the worst human rights and women’s rights violators, was just elected to the UN Commission on the Status of Women by a secret ballot. The United States is a leading voice on that commission, but the U.S. Ambassador to the UN, Nikki Haley, probably voted in favor of the Saudi regime and refuses to speak out against this outrageous hypocrisy.

Please join me in asking the ambassador how she voted and urging her to publicly call for the Saudis to be removed from the Women’s Commission.

Saudi Arabia is notorious for its abysmal treatment of women. Women are forced to be covered in public and are subjected to a strict guardianship system that requires a male relative’s permission to travel, attend school, obtain work, or even seek medical attention. Saudi Arabia is the only country in the world to ban women from driving, a practice that severely limits women’s independence and autonomy.

Allowing the most misogynist society in the world to join a commission designed to empower women is disgraceful! It makes me feel personally violated and invisible. It is a slap in the face to heroic women around the world who risk their lives every day to achieve their rights. It jeopardizes the integrity of the United Nations itself.

Please join me by signing the petition and sharing it on Facebook and Twitter. Nikki Haley needs to feel our anger and hear our demand: Saudi Arabia must be excluded from any international body charged with empowering women. Period.

With gratitude for your support,
A Saudi woman who must remain anonymous

P.S. Please join us on Saturday, April 29, in D.C. or at one of the People’s Climate March peace contingents in Oakland, Chicago, Dallas, and Los Angeles!