They have no idea what the charges against them are 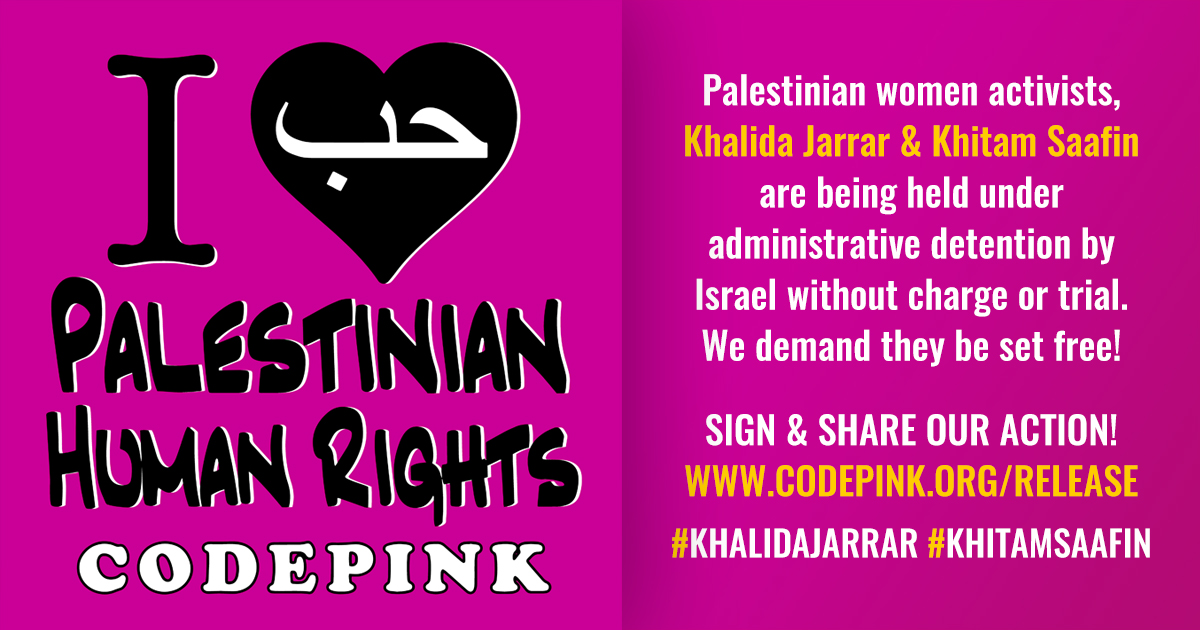 Before dawn on July 2, Israeli forces burst into the homes of Palestinian women activists, Khalida Jarrar and Khitam Saafin. The women were taken to Ofer military prison where they were interrogated for 30 minutes and placed in small windowless prison cells. At 4:00 PM they were transferred to HaSharon prison.

Khalida and Khitam are being held under Israel’s system of administrative detention where secret evidence is used to hold prisoners without charge or trial. They have no idea what the charges against them are.

Khalida and Khitam must be set free. Tell Secretary of State Tillerson to pressure Israel to release them.

Khalida is on the Palestinian National Committee for the follow-up of the International Criminal Court. Khitam is president of the Union of Palestinian Women's Committee has spoken internationally at many events, including the World Social Forum. Join us in calling for their freedom and share the image above on Twitter and Facebook.

Towards justice,
Ariel and the entire CODEPINK team

P.S. Join us Monday, July 24 for a webinar on what you can do to stop the Trump administration from passing a budget that expands military spending while slashing social programs! Don't forget to attend our August 26-27 Sonoma Valley Peace Camp.