The People of Pakistan Are Paying The Price For Our Ignorance 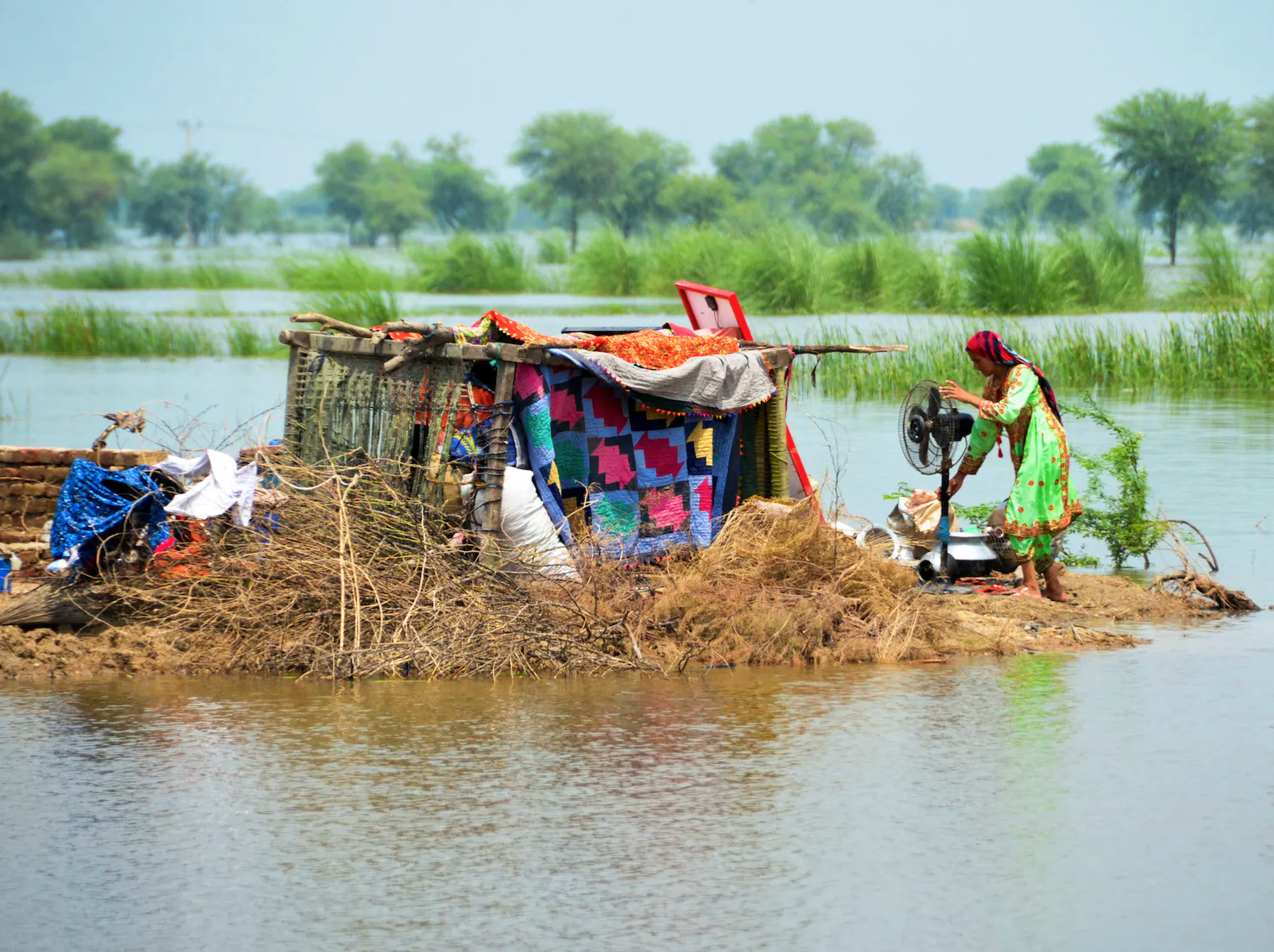 The images are horrific: muddy water all you can see, with tiny objects that turn out to be houses sticking out of it. In another video, a powerful stream of water is washing away entire towns.

Pakistan is suffering from historic floods which have already affected over 33 million people.

And although we have to do everything we can to help the people of Pakistan now, the bigger story is not about this country. This tragedy – a man-made disaster – is a harsh reminder that the people who are most contributing to our climate emergency are not necessarily the ones who are paying the price.

To see it clearly, we have to look at three dichotomies. These are types of debates we often hear and something that can change the way we see, understand, and talk about the climate crisis.

For example, when we look at total CO₂ emissions, we see China at the top. If we look at CO₂ emissions per capita, China falls by 40 points. In Pakistan’s case, it is low on both of these scales, producing only 0.5% of the world’s CO₂ emissions.

Yet what is more revealing is not so much production but consumption. Now here we see a very different picture: as expected, wealthier countries consume significantly more per capita. This doesn’t come as a surprise, yet we have to remember this next time when we hear that these are countries that are going through higher levels of industrialization that are the polluters we need to point our fingers at. Instead, it’s a reminder that what also needs to be addressed and changed drastically are the literally devasting consumption habits of the Global North. For a deeper analysis of the production vs. consumption lens, please watch this interview on Democracy Now. 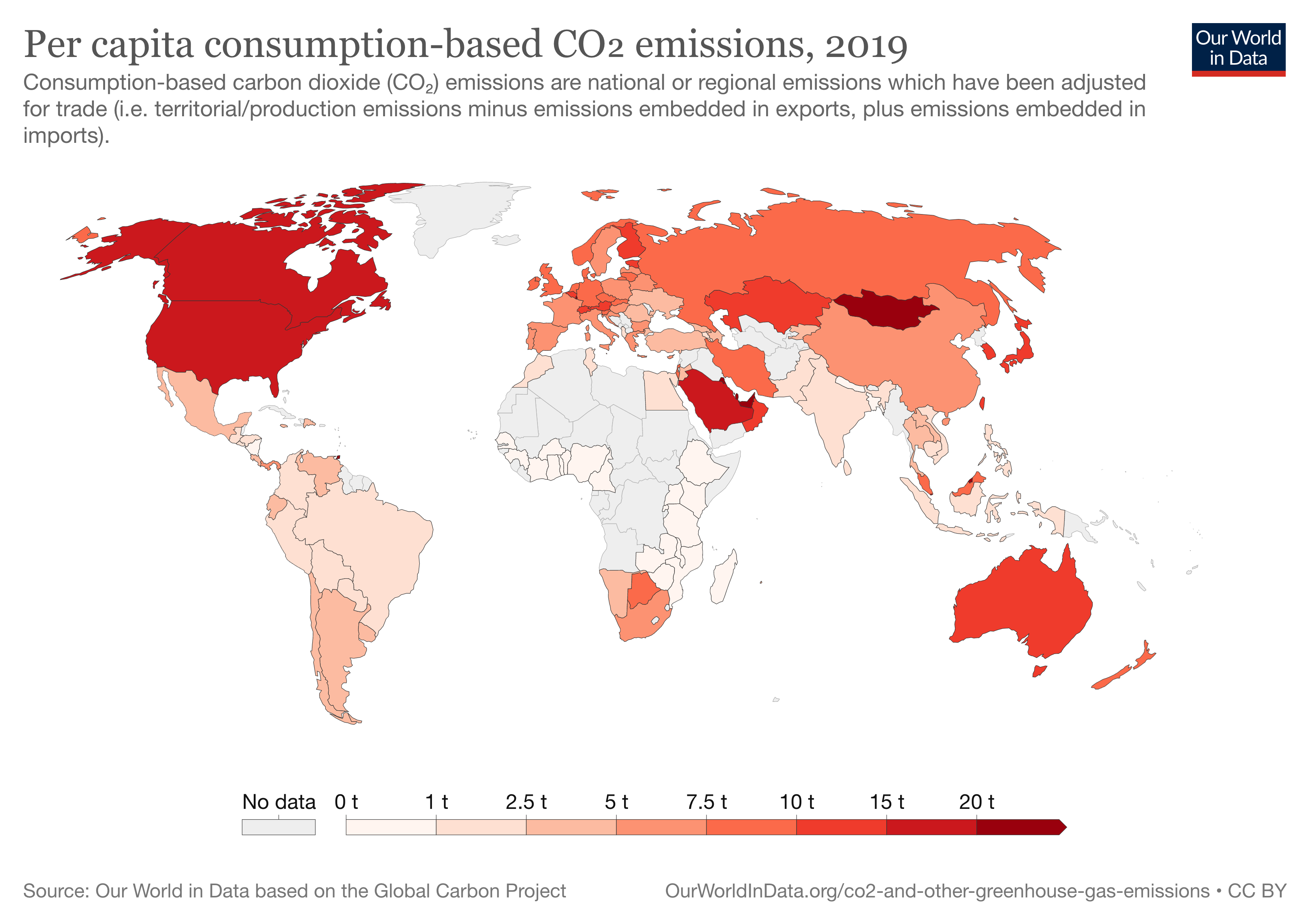 Please explore this map and other types of visuals here

The second dichotomy we need to inspect is the one that answers the question of what to include in our measurements. In short, there is one major polluter that rarely gets included in the already horrifying statistics on climate change that we’re seeing: that is military pollution. How do we account for institutions that have their branches abroad and don’t pollute just their own native soil? It turns out, this question is crucial to ask if we want to get to the root of the climate emergency we find ourselves in.

When we take the US military – the largest military in the world – the numbers are shocking here. As The Conversation reported,

The US military is one of the largest polluters in history, consuming more liquid fuels and emitting more climate-changing gases than most medium-sized countries. If the US military were a country, its fuel usage alone would make it the 47th largest emitter of greenhouse gases in the world, sitting between Peru and Portugal.

The conclusion is simple: if we don’t count it, it doesn’t count. That’s why we can’t talk about climate change and all the disastrous forms it is showing itself to us without addressing one of its major causes.

Everything leads to one more dichotomy that I invite you to notice. It answers the question of who gets shamed in this debate. Having looked at the two previous dichotomies, it is clear that it’s not enough to say that everyone needs to do their part. And it’s simply unfair to blame the Global South that the North is treating as a complex of cheap factories and a place to dump its trash (literally). It is incorrect to point to countries that are moving to higher development levels which indeed results in higher levels of CO₂ consumed without pointing that finger at the regions whose consumption levels are already high.

And not to add the war machine to this one long equation is either intentional (and it is, so we have to campaign for it) or completely ignorant.


To take action, please consider donating to a fundraiser here and telling President Biden to declare a climate emergency.

Justina Poskeviciute is CODEPINK’S Engagement Manager and a freelance political commentator. You can also find her on Twitter and Spotify.