The matter is far from settled! 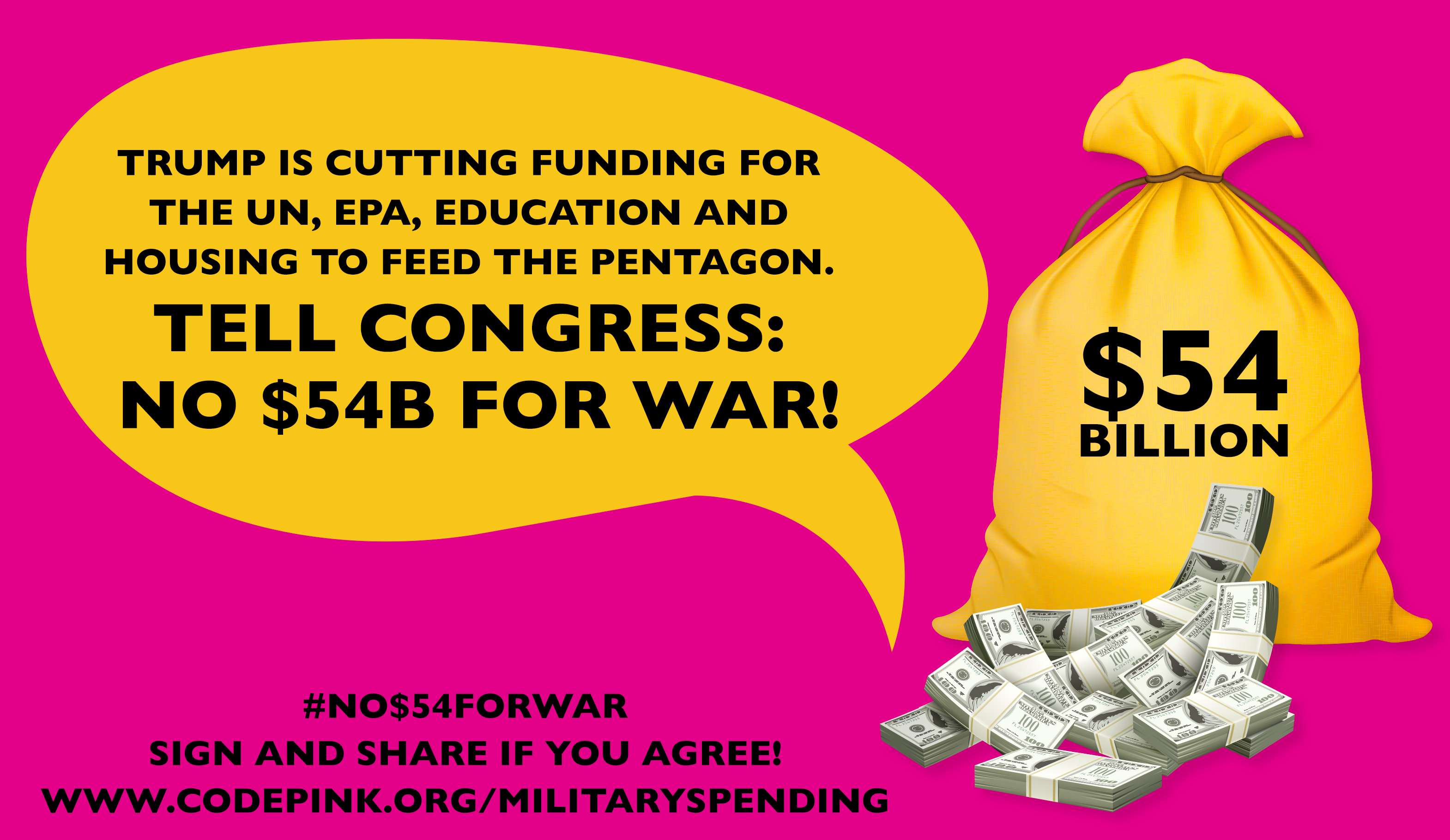 For months now we have been fighting President Trump’s budget proposal to increase U.S. military spending by $54 billion. This would increase our military spending by 10%, despite the fact that we already spend more on our military than the next eight highest spending countries combined. As if this wasn’t horrifying enough, House lawmakers and the Senate Armed Services Committee are demanding even more.

We need money for human needs not human destruction. Tell Congress not to approve a budget that increases military spending.

Last Monday we hosted an online webinar with experts Bill Hartung and Jackie Cabasso to talk about the proposed military budget increase and what we can do to stop it.  You can review the webinar recording and slides. Next week, while Congress is in recess, we are encouraging people to attend town halls and meet with representatives.

The Trump administration’s war budget is appalling. But the matter is far from settled. It still has to be voted on, and that means we have the opportunity to stop it. Help us tell Congress not to approve a budget that increases military spending.

Congress members get pressure from the Pentagon and the companies that profit from making weapons. But they also get pressure from their constituents —YOU! You can demand your money goes to community needs, not endless war. Also, don't forget to share the image above on Facebook and Twitter.