Tell the Raptors, dunk the ball for justice 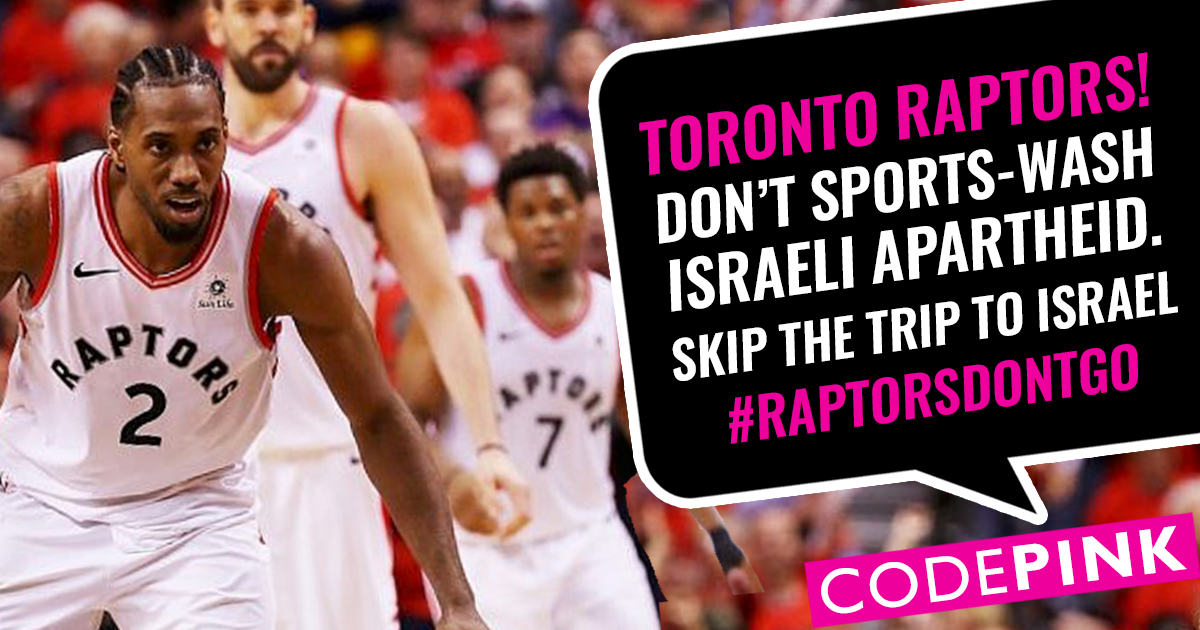 Thursday, June 13 was an exciting day as the Toronto Raptors defeated the Golden State Warriors 114-110 to win the NBA championship, becoming the first team from outside the U.S. to take such a title.

Winning the NBA finals is a great achievement, but Raptors billionaire co-owner Larry Tennenbaum — an unapologetic Israel supporter —  wants to reward them with a propaganda trip to Israel. Help us appeal to the Raptors to reject their coach’s offer: Tell them to dunk the ball for Palestinian rights by refusing to travel to Israel. 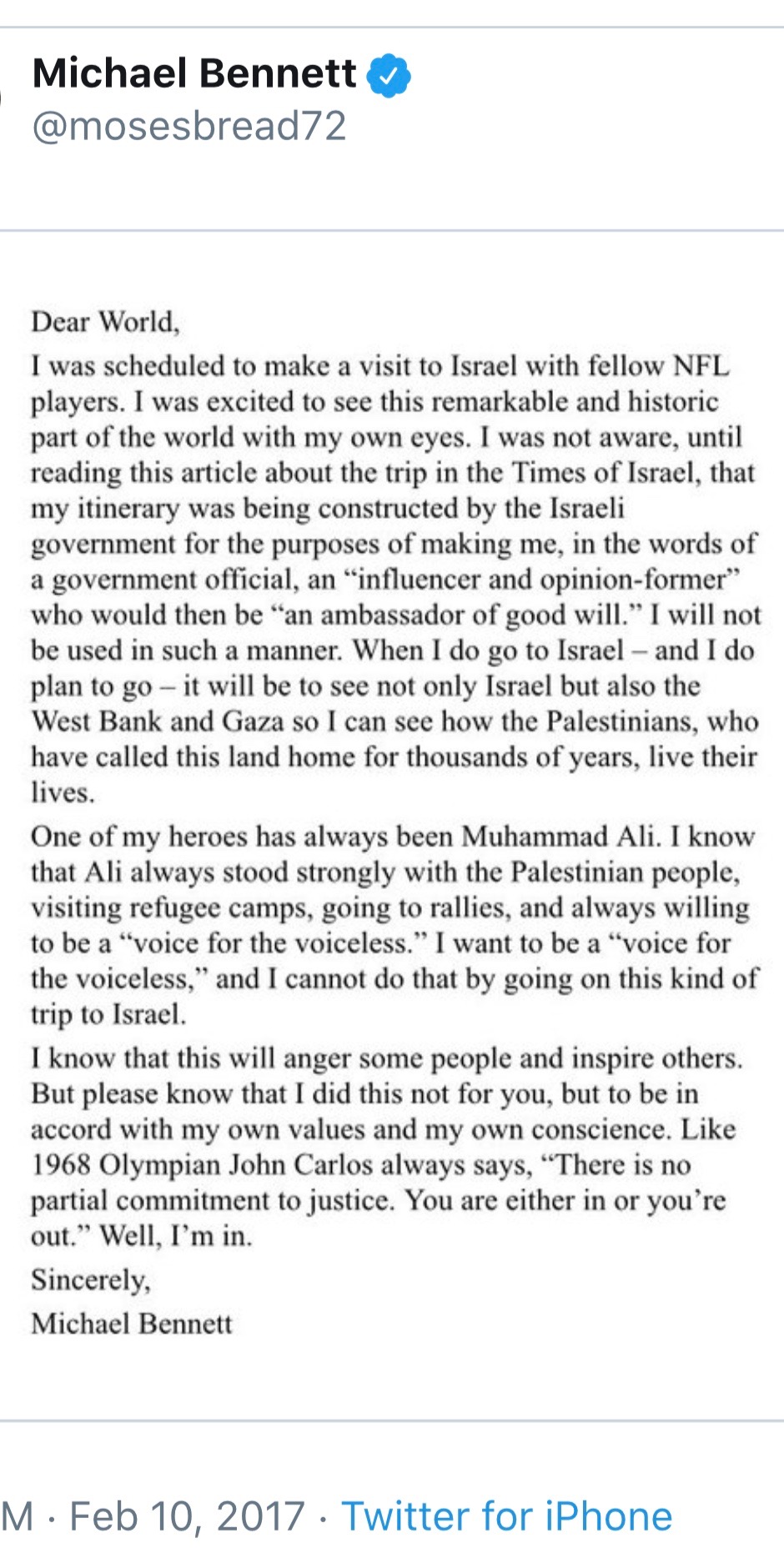 Using athletes, actors, and musicians as shields for Israel’s crimes is nothing new  — think no further than Neil Patrick Harris leading this year’s Tel Aviv Pride parade — but the past few years have also seen more and more celebrities refusing to participate. In 2017, Seahawk defensive end Michael Bennett declined his all-expense paid trip to Israel after then tourism minister Yariv Lavin leaked that the trip had been planned so that NFL players could serve as “ambassadors of goodwill for Israel.” Bennett took to social media to express his support for the Palestinian struggle and make clear that he would not “be used in such a manner” as to shield Israel from accountability for its violations of Palestinian human rights.

Bennett’s withdrawal from the 2017 trip was followed by Seahawks' defensive end Cliff Avril, Dolphins' wide receiver Kenny Stills, 49ers' running back Carlos Hyde, Broncos' running back Justin Forsett, and retired NFL linebacker Kirk Morrison — more than half of the 11 players scheduled to travel — also refusing to participate on in the propaganda trip. This is exactly the kind of message we need the Toronto Raptors to send now.

Sign our letter and tweet at the Raptors reminding them that endless occupation is anything but fair play. Tell the Raptors to refuse the propaganda trip Apartheid Israel.

Along with the NFL players who canceled in 2017, recent years have seen Natalie Portman, Lorde, Lana Del Ray, and others cancel appearances and performances in Israel. Right now Progressive leaders Alexandria Ocasio-Cortez,  Rashida Tlaib, Ilhan Omar, Ayanna Pressley, and at least 15 others are declining AIPAC’s propaganda trip to Israel for freshman members of Congress. Boycott — including the cultural boycott — is one of the most effective tools we can wield for Palestinian human rights. Please help us appeal to the Toronto Raptors to boycott the propaganda trip and stand up for human rights in Palestine.

P.S. This week is the last week to sign up for our fall peace and tourism delegations to Iran. Apply here.