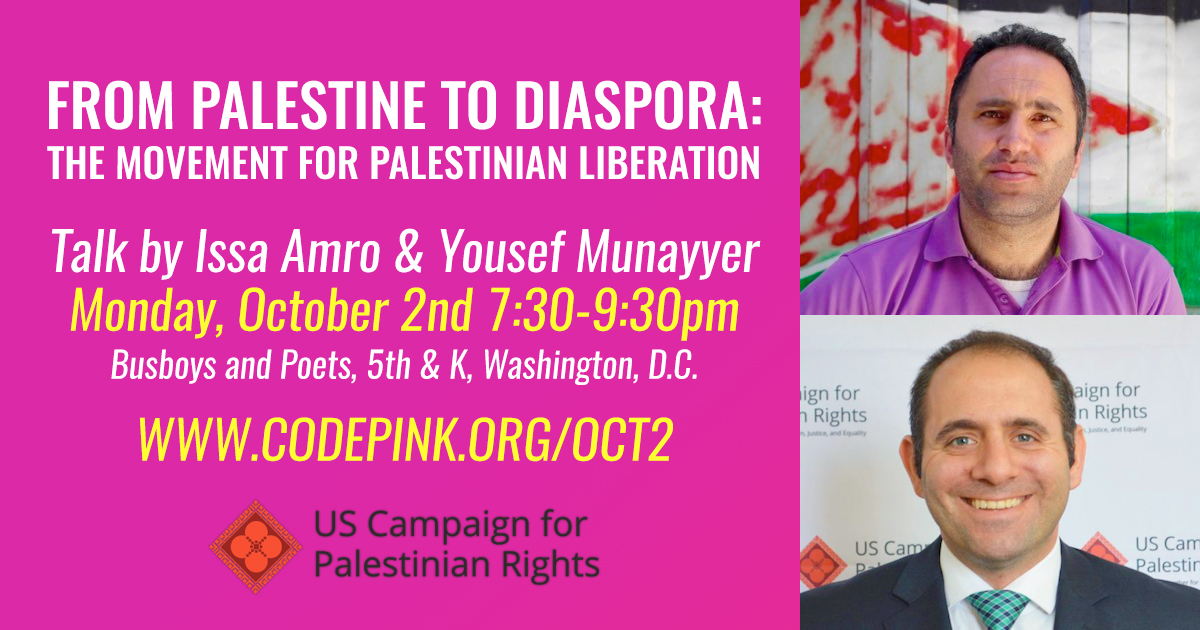 Issa Amro is a human rights defender from the West Bank city of Hebron, where violent and extreme settlers have occupied the heart of the Palestinian city since 1967. Issa is currently facing 18 charges in Israeli military court for his nonviolent activism against the Israeli occupation, and three charges by the Palestinian Authority for promoting free speech. In June 2017, 38 Members of Congress wrote letters calling on Israel to end its persecution of Amro. Issa is traveling all the way from the West Bank to be with us for this important conversation.

Yousef Munayyer is a political analyst, writer, and Executive Director of the US Campaign for Palestinian Rights. He writes on matters of foreign policy in the Arab and Muslim world and civil rights and civil liberties in the United States. His writings have appeared in every major metropolitan newspaper in the United States, and he frequently appeared outlets such as CNN, MSNBC, NBC, CBS, Al Jazeera English, C-SPAN, and others.

Hosted by CODEPINK and US Campaign for Palestinian Rights. Supporting co-sponsors include American Muslims for Palestine, Jewish Voice for Peace DC Metro chapter and others.