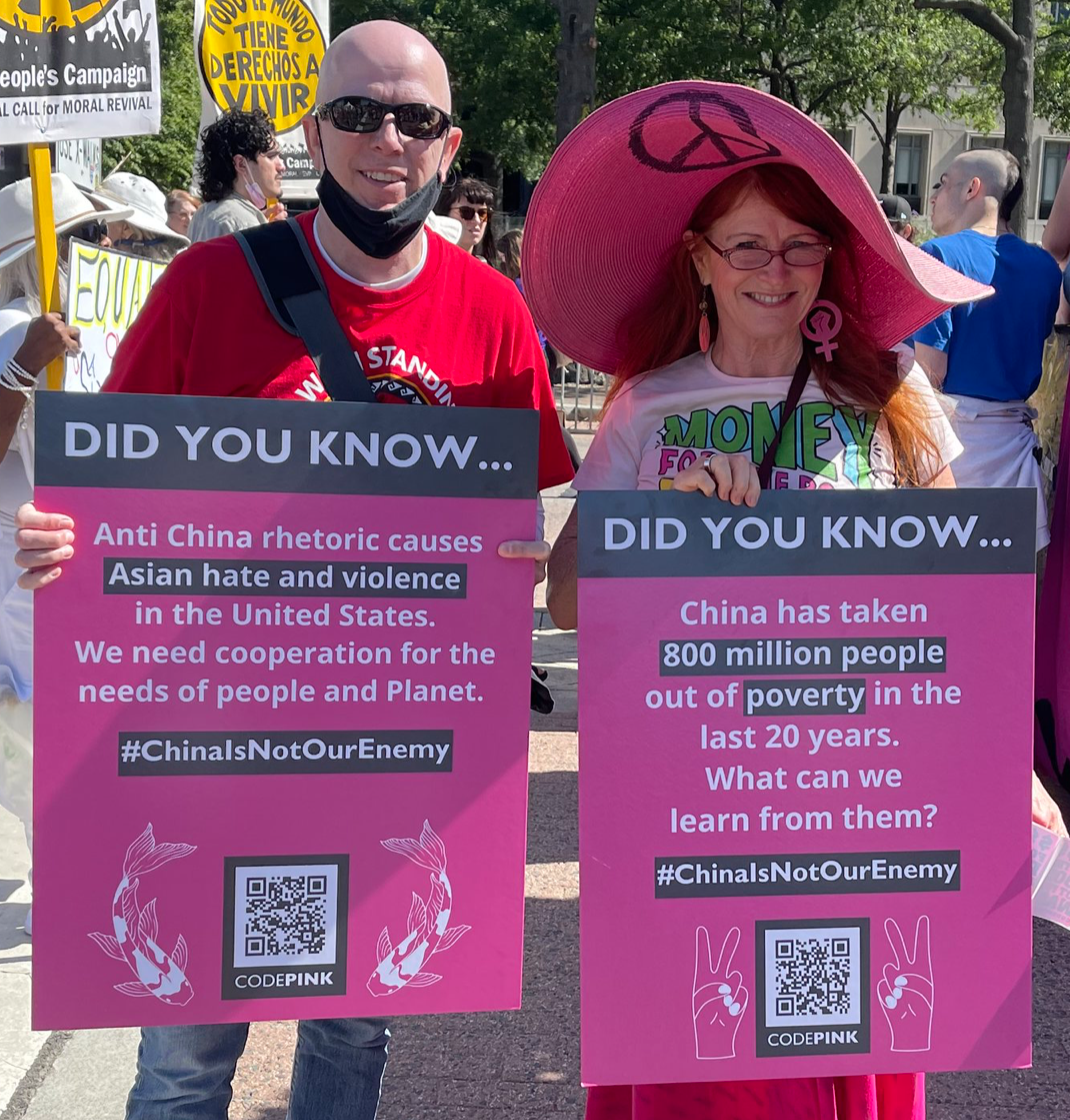 On September 14, the Senate Foreign Relations Committee advanced the Taiwan Policy Act of 2022 (S.4428), which would give Taiwan $6.5 billion in military spending and the “treatment of a major non-NATO ally.” This would dismantle the One China policy, which is the bedrock of peaceful US-China relations, and escalate a war in Taiwan. Urge the Senate to not be used as a tool for war and vote NO on the Taiwan Policy Act!

Before becoming a law, the Taiwan Policy Act has to be passed by the Senate and the House of Representatives, and signed by President Biden. It is not too late to prevent a war in Taiwan.  From Ukraine to Taiwan, we can see the influence of those who have long dreamed of the US fighting simultaneous large theater wars against Russia and China to maintain US global domination. Congress and the White House administration should know better: diplomacy requires both countries to sit down and negotiate. A bill in the US Congress cannot unilaterally change the agreement between two countries, and China has already expressed they would perceive it as an act of war. We didn’t listen to Putin when he said the same about NATO and Ukraine; don’t let Congress make the same mistake again. 😱 Tell your Senators to oppose the Taiwan Policy Act!

In 1972, the United States and China signed the Shanghai Communique, affirming that “there is but one China and that Taiwan is a part of China.” This joint diplomatic agreement established the One China policy, which has been the foundation of a normalized (read: PEACEFUL) US-China relationship for the past 50 years. Today, the US Senate Foreign Relations Committee is unilaterally dismantling the One China policy with the Taiwan Policy Act, ignoring warnings from China. The bill promises a ludicrous $6.5 billion in arms trade through 2027, a $500 million stockpile of arms in the region, and massive sanctions on China in the event of hostilities. This is not diplomacy. This is a move towards war. When do they learn that weapons kill people and destroy our planet?

The provocative Taiwan Policy Act can only be described as an insane investment in the arms industry that puts millions of lives and our planet at risk. The arms industry controls the minds of Congress. The aggression towards China is already escalating attacks on Asian Americans domestically and pristine ecosystems in Asia-Pacific. Tell your Senator to get out of the fog of the arms industry: we need cooperation and diplomacy, not another war. What could be more obvious for people and the planet? 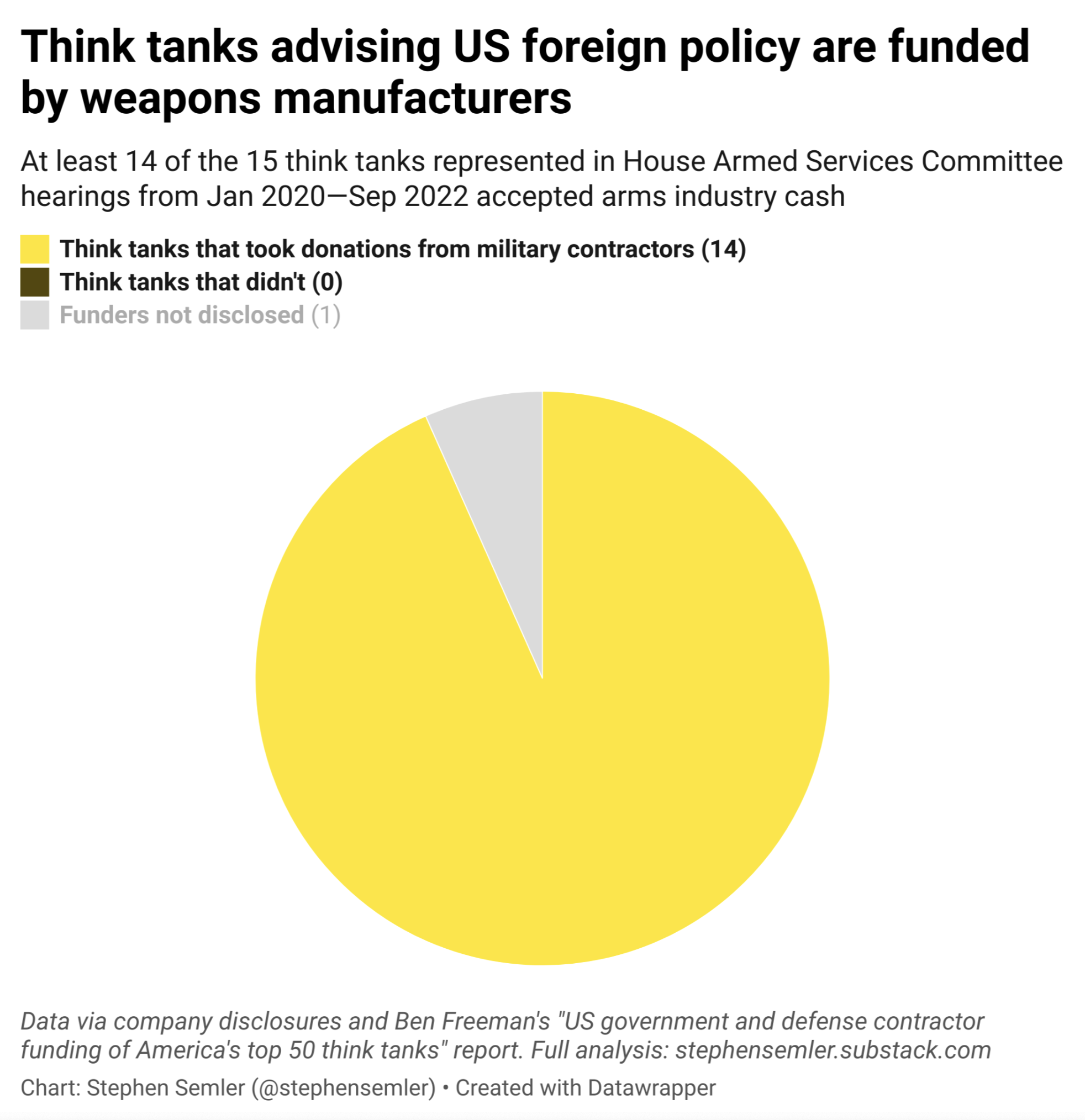 It’s time to learn and take action to prevent a war in Taiwan. RSVP to our next CODEPINK Congress to learn about the disastrous Taiwan Policy Act, and let’s stop Taiwan from becoming the next Ukraine!

Towards peace,
Wei, Jodie, Marcy and the entire CODEPINK team

P.S. Our co-founder Medea Benjamin will soon be embarking on a book tour to talk about her latest release, War in Ukraine: Making Sense of a Senseless Conflict, co-authored with Nicolas Davies. If you are interested in bringing Medea to your community, in attending upcoming events in your area, or in pre-ordering the book you can click here for more info!

Quincy Institute: Why Are We Sleepwalking Away From the One China Policy?

Stephen Semler: How we got to an $850 billion Pentagon budget