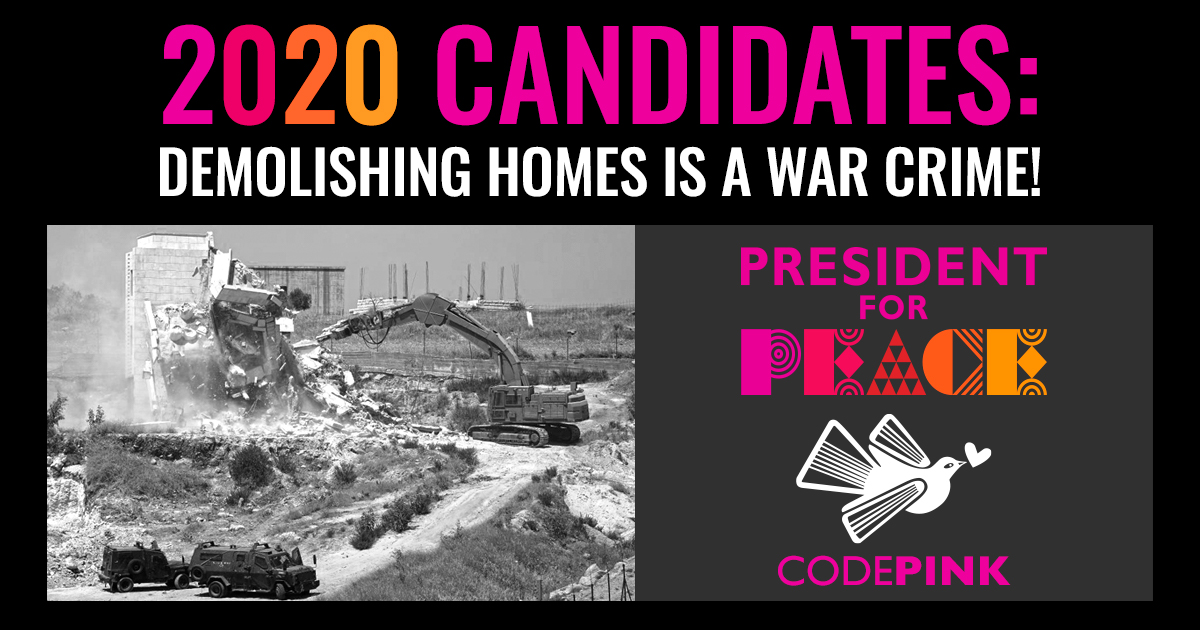 The morning of Monday, July 22, 2019, Palestinian families in the village of Sur Baher woke up to the sound of bulldozers accompanied by hundreds of Israeli troops that had been ordered to oversee the destruction of their homes. Israeli demolition crews are now in the process of destroying 16 Palestinian apartment buildings, totaling 100 home units in East Jerusalem, under the justification that the homes were too close to the Separation wall. Israel says the homes are a “security” risk.

The demolitions are part of an ongoing policy where Israel is bent on controlling the demographics of East Jerusalem in order to maintain a Jewish majority. When Israel built its Separation wall, they built it to place the Palestinian Wadi al-Hummus neighborhood of Sur Baher inside Israel, even though legally it's part of the West Bank. Israel denied the community building permits and then when the Palestinian Authority gave permits to the families, Israel declared they had the right to demolish the homes — most of the homes were built by hand, stone by stone.

The displacement of people (via home demolitions) is a war crime and 2020 candidates should speak out against it.

Send a message to the 2020 candidates: speak out against Israel’s demolishing of Sur Baher.