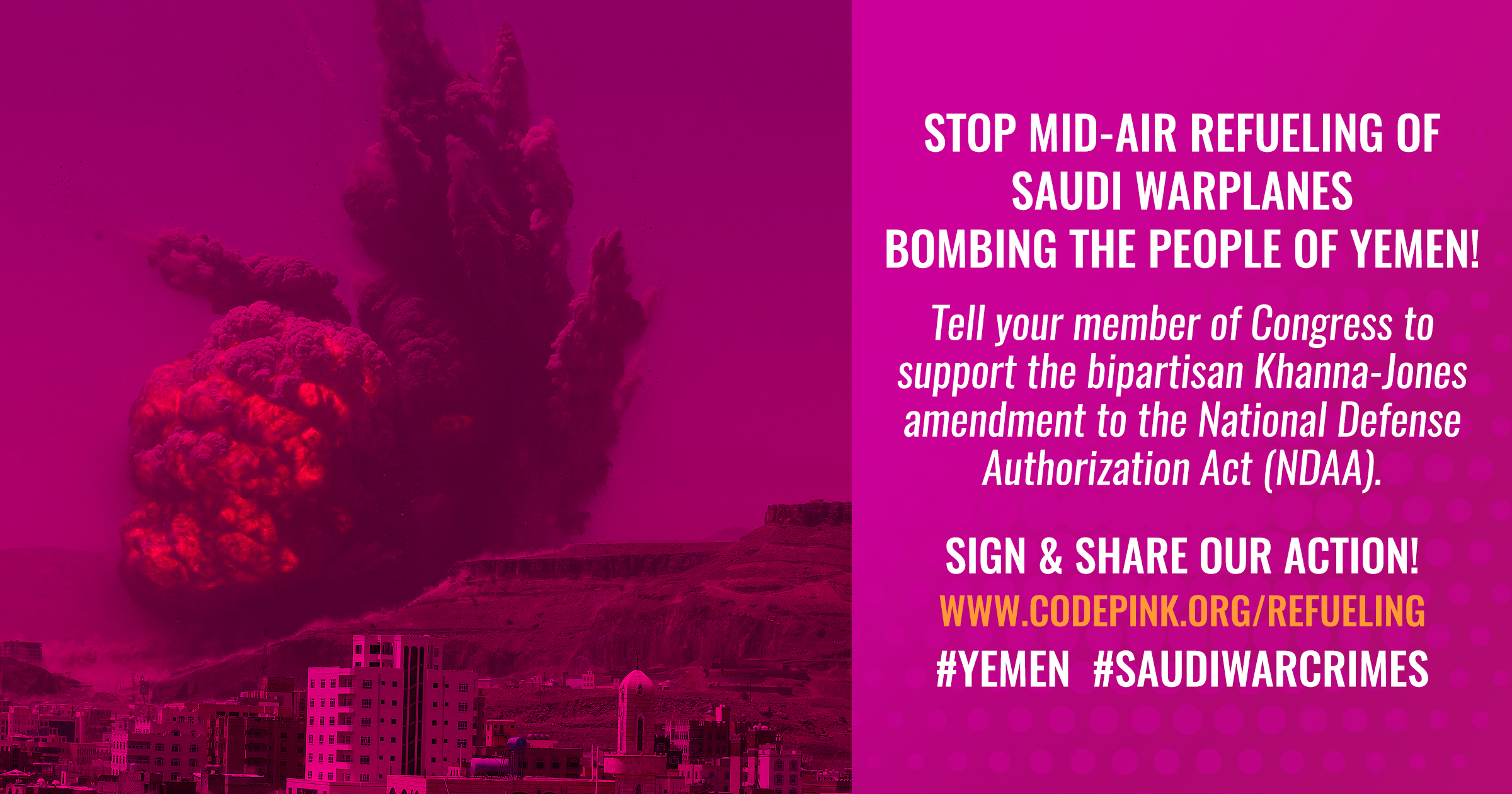 Without US support, such as mid-air refueling of warplanes, Saudi Arabia cannot continue destroying the civilian population of Yemen. Representatives Khanna (CA), Jones (NC), Pocan (WI) and Lee (CA) have introduced a bipartisan amendment to the National Defense Authorization Act (NDAA) to prohibit the US refueling of Saudi warplanes that bomb civilians in Yemen. It will be voted on this week.

Tell your member of Congress to support the Khanna-Jones amendment to the NDAA.

Yemen is in a humanitarian crisis of epic proportions. There are now 300,000 cases of cholera and every ten minutes a Yemeni child dies of malnutrition. The UN has just decided because of the Saudi bombing it is too futile to deliver vaccines against cholera.

Last month we fell only 3 votes short of stopping US weapons sales to Saudi Arabia. Now, with your help, we can stop the US from providing mid-air refueling for Saudi warplanes that are raining down destruction on the people of Yemen.