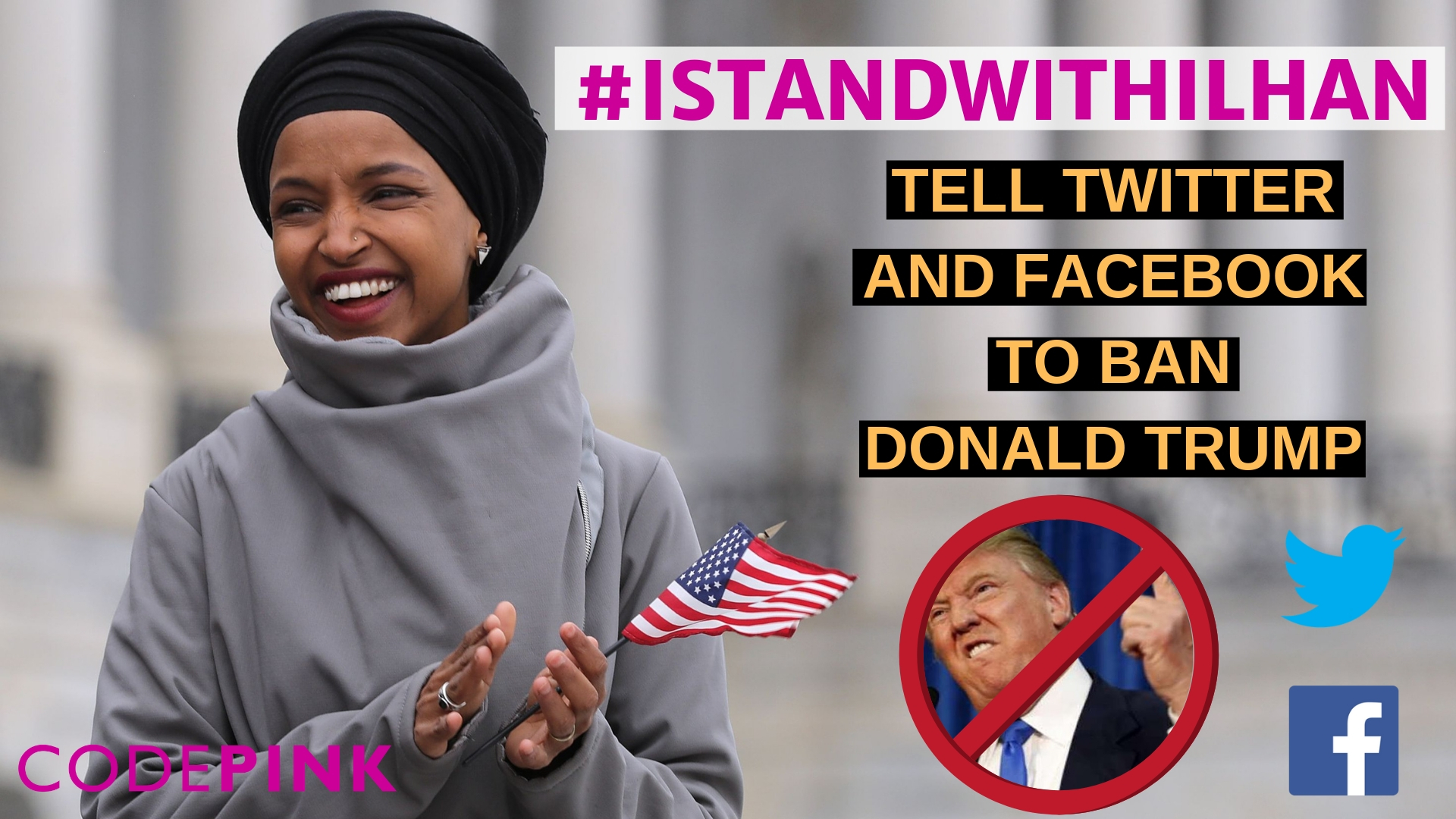 Make no mistake about it. The video released by President Trump, falsely linking congresswoman Ilhan Omar to the 9/11 attacks, is a dangerous incitement and puts Rep. Omar’s life in danger.

Rep. Omar was already experiencing credible death threats, and now Trump is stoking this hatred. If harm comes to Rep. Omar, her family, or members of the American Muslim community, Trump will be responsible. If Twitter and Facebook allow the video and Trump’s racist incitement to remain on social media, they will be responsible, too.

Our Women’s March partners began this call yesterday and we want to echo it: Don’t give hate a platform. Contact Twitter and Facebook and tell them not to allow propaganda videos that incite hatred and violence. Demand they remove Trump’s vile video from their platform and suspend his accounts.

Rep. Omar is a visionary and inspiring leader. She is a champion of democracy who demands an end to endless wars and white supremacy--including within in the Trump administration. She stands up for the human rights of immigrants and asylum-seekers and advocates for Palestinians, Yemenis and others. She supports congressional action to stop the Trump administration’s Muslim ban that discriminates against people living in Muslim countries like her birthplace, Somalia. She has spoken out bravely in congressional hearings, press conferences, public gatherings and over social media.

It is precisely because of her extraordinary leadership and bravery in speaking truth to power, as well as her identity as the first Black, refugee and visibly Muslim woman in Congress, that she is a target of constant attacks from Donald Trump, right-wing media and extremists, Republican leaders, and even, at times, Democratic colleagues.

Twitter states that they do not allow users to “promote violence against or directly attack or threaten other people on the basis of race, ethnicity… religious affiliation…” and Facebook states that they “do not allow hate speech on Facebook because it creates an environment of intimidation and exclusion and in some cases may promote real-world violence.”

We know who our allies and leaders are and we will protect them. Take action now to Stand With Ilhan.