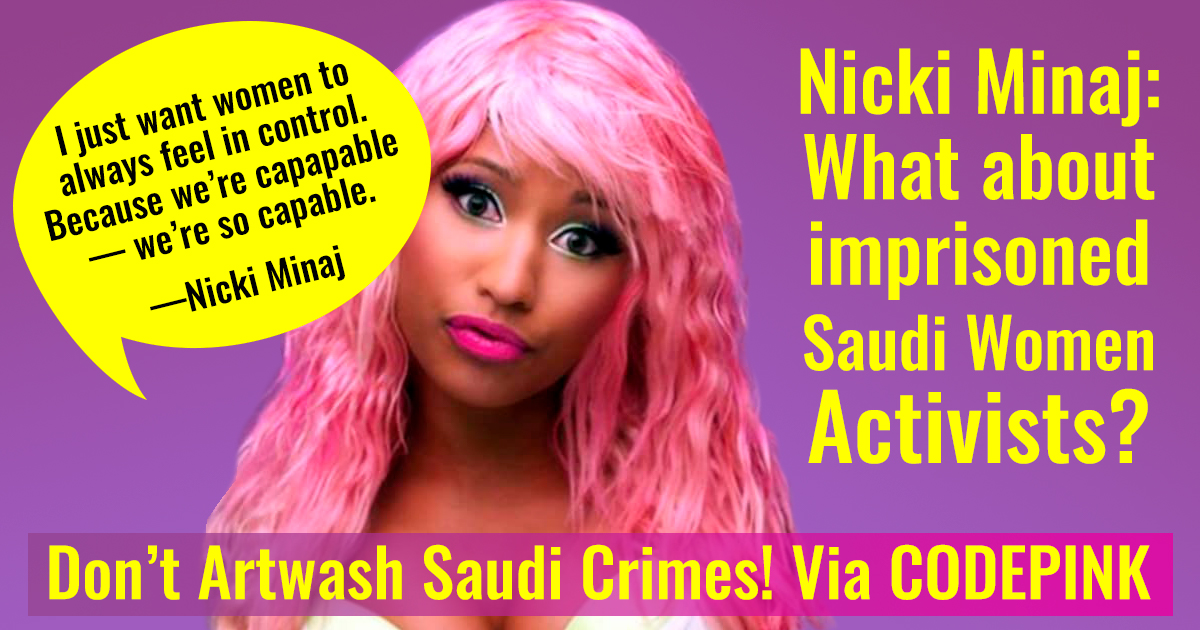 Hip Hop artist Nicki Minaj is known for racy revealing costumes, sexual lyrics, and female empowerment. Why then is she headlining a festival in the most gender-restricted oppressive country in the world? If Minaj follows through with her show in Jeddah, Saudi Arabia on July 18, she will be artwashing Saudi Arabia’s crimes against women, journalists, dissidents and the people of Yemen.

Sign our letter to Nicki Minaj asking her to cancel her show in Saudi Arabia and use her platform to speak out against Saudi Arabia’s gross human rights abuses.

We aren’t the only ones asking Nicki to cancel. Human Rights Foundation CEO and president Thor Halvorssen just penned an open letter to Nicki telling the her that if she follows through with her concert in Jeddah: “You will be in league with the people who respond to freedom of expression and thought with murder.” We agree and we want Nicki to know about the plight of women in Saudi Arabia. Under Saudi’s male guardianship system, women must have the permission of a male relative — husband, father, uncle, even son — to engage in basic life events like travel, marriage or divorce, medical procedures, or the obtaining of a passport. In fact, Saudi women will not be able to attend Nicki’s concert without permission from their male guardian!

Nicki Minaj has said, “I just want women to always feel in control. Because we’re capable — we’re so capable.” Send Nicki a message now that the best way to empower Saudi women is to refuse to serve as an ambassador for the fake image of the Saudi Crown Prince MBS as a reformer. Tell Nicki to cancel her show in the repressive, murderous kingdom of Saudi Arabia.

If Nicki Minaj really cares about women’s empowerment, she should care about the plight of Saudi activist Loujan al-Hathloul, who has been languishing in a Saudi prison for over a year now for the “crime” of having campaigned for Saudi women to have the right to drive. For asking for basic human rights for women, Loujan and other Saudi women’s rights activists are being subjected to waterboarding, floggings, electroshock, threats of sexual violence, and more. These are not the women’s empowerment values Minaj speaks and sings about. Please help us ask Minaj to cancel her July 18th Saudi show. 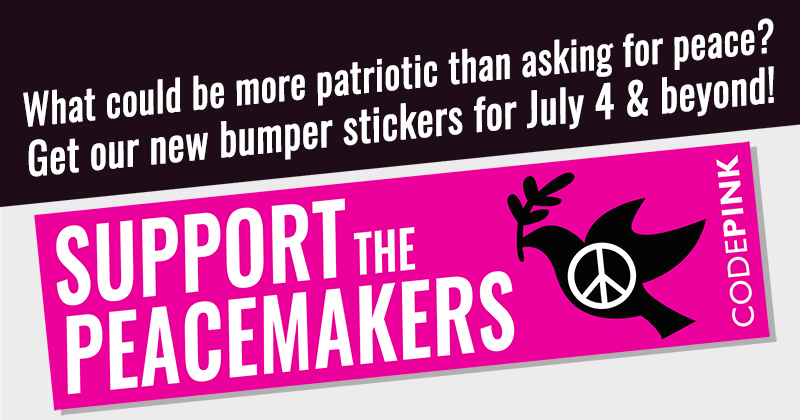