Resist and Imagine a World Without Police 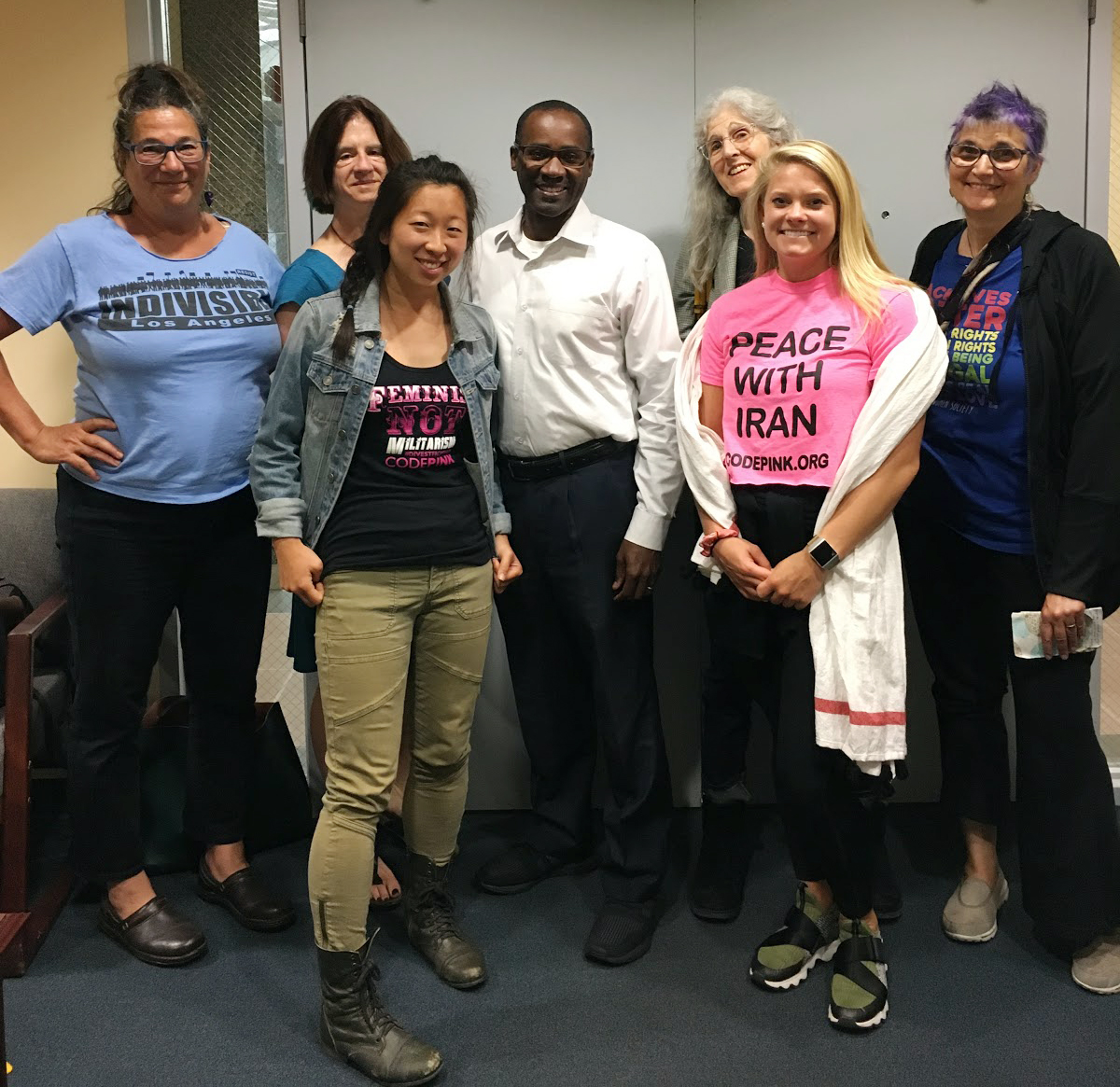 We’re in the thick of 40 days of action with the Poor People’s Campaign, a national call for moral revival, and this past week CODEPINKers joined thousands at state capitals around the country to demand an end to militarism and the war economy.

While some of us were up in Sacramento getting arrested (8 Bay Area CODEPINKers and Nancy Mancias spent 16 hours overnight in jail), Kirsten and I joined forces with Indivisible CA to lobby our local assemblymember, Autumn Burke, for AB 3131 - a statewide bill that would create more accountability around local police forces gaining access to military weaponry.

Yeah, what a dysfunctional society we live in. Through the Department of Defense’s 1033 program (which CODEPINK has campaigned to end), local police departments have gained access to armored vehicles, assault rifles, and other weapons of war to more effectively wage violence against our communities of color in cities across the country. As I learned from our pre-lobby visit meeting, police forces in California alone currently possess almost 6,000 rifles that look like this:

And they’re driving around in vehicles that look like this: 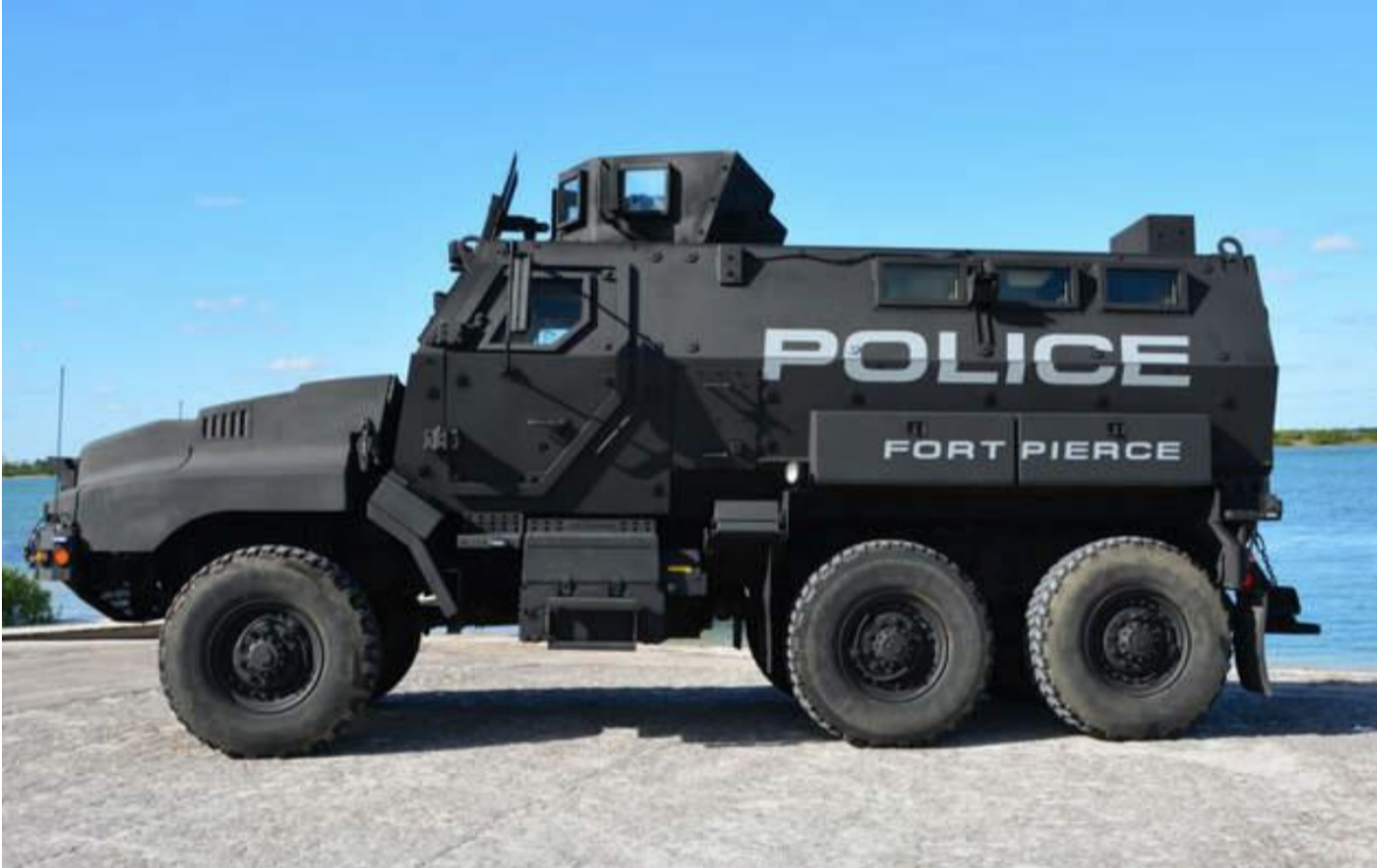 Currently, there is no barrier to police forces obtaining weapons of war. AB 3131 in California would require an open hearing when a police force agency wants to purchase military equipment through the federal 1033 program and require reporting by the requesting agency for each piece of military equipment - a small but important step forward in demilitarizing our streets.

In the wake of Ferguson and Black Lives Matter, Trump, and Charlottesville, many of us who do not live every day in fear of the police (myself included as a “model minority” East Asian American) are finally waking up to the fact that we live in a white supremacist nation. The wars our country wages against people of color abroad are intrinsically tied to the shootings, mass incarceration and deportation of people of color right here at home. The elites of this country founded it on Native genocide and Black slavery, created police forces not to “protect and serve”, but rather to protect white wealth and repress rebellion, and continue to launch wars in order to expand the U.S. as a colonial occupying force.

How do we possibly get out of the horrific mess we are in? Ending this violence will require nothing less than a fundamental transformation of our economy. Economies sound like complicated, abstract systems, but really, they’re just made up of relationships. Relationships to each other, and relationships to the land. How we manage these - how we manage our home - is what “economy” means.

To create the beautiful world that we so long to live in, we must radically reimagine and transform our relationships so they are defined by love instead of violence.

Yes, we must continue to confront and reform current systems - that’s why we lobby for bills like AB 3131 and SB 1421, following the leadership of directly impacted communities (shoutout to Youth Justice Coalition and Black Lives Matter on these). 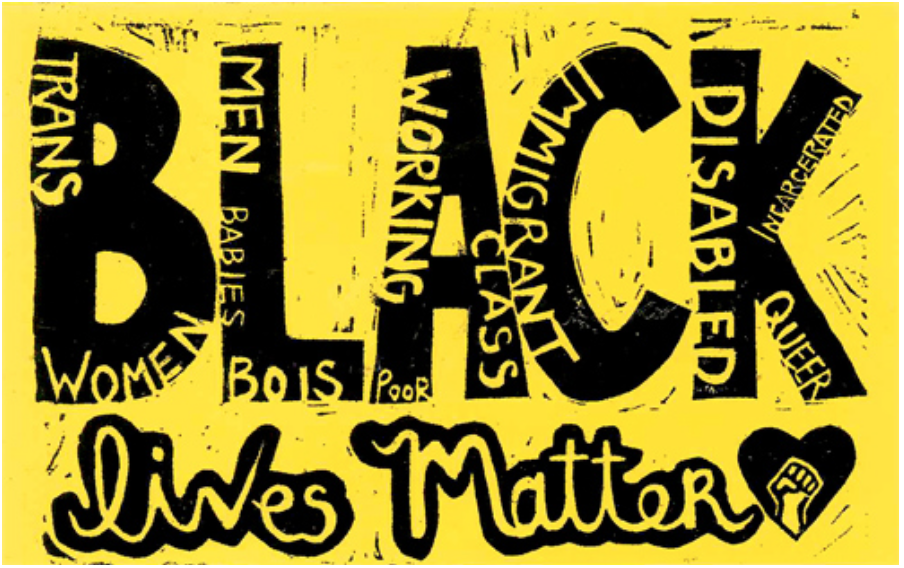 And at the same time, we recognize our own power as agents of change - we don’t just confront those in institutional power, but we can create community-based ways of taking care of each other, making failed institutions obsolete. We don’t want to just reform the police, but we ultimately want to be able to solve our own conflicts through peaceful communication rather than through punitive action - we want a world without police, prisons, and war. YJC and many other youth of color-led organizations are at the forefront of this work, practicing transformative justice in schools and communities to heal relationships and compassionately hold people accountable for harm they have caused.

What can you do to not only support the demilitarization of our streets, but the decolonizing of our hearts and minds as we walk towards collective liberation?

With so many horrors in our world, it’s hard to know what to do sometimes. I know I often feel paralyzed and doubtful that my individual efforts could possibly make a difference. But as we’ve seen throughout history, the action we take locally catalyzes change that spreads further and more deeply than we can imagine. Love works in beautiful and mysterious ways.

Yesterday, I got a text from my new friend Danah at Indivisible: AB 3131 just passed the Assembly. 41 for, 37 against!!! The others from our lobby group replied with celebratory emojis and vowed to keep up the pressure in the Senate. Today, Danah stopped by my place (it turns out she lives three houses down from me) and offered to give me a ride to the Indivisible meeting this weekend. “I want to organize a neighborhood dinner at my place sometime, too!” she shouted as she walked out the door.

I couldn’t help but smile. Yes, one demilitarization bill is a very small step forward for peace. But in the process, we are growing community. We are growing the love. And that’s a force more powerful than all the weapons in the world.