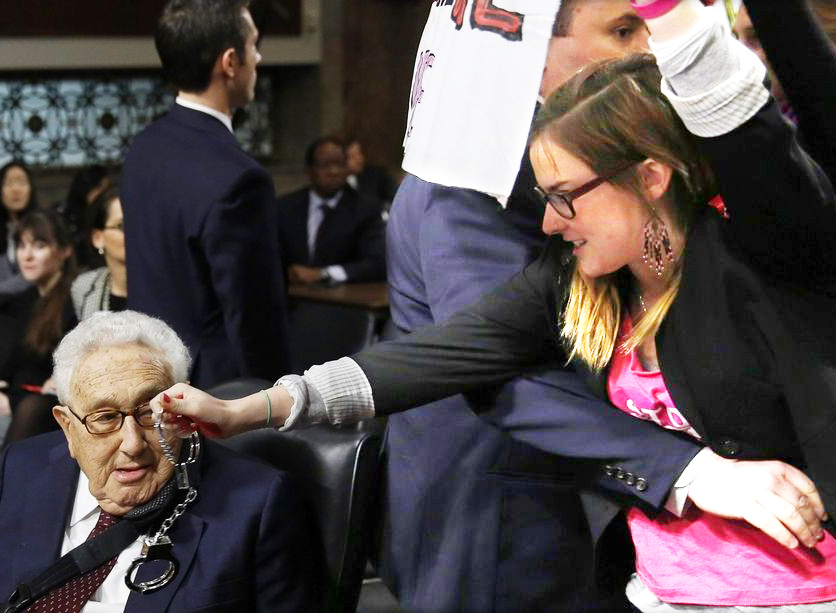 Even though Congress closed its doors to the public, CODEPINK is staying true to our roots and finding new places to disrupt the war profiteers!

People are dying in Ukraine, and the economy and stock market have tanked.  Yet, Lockheed Martin stocks are soaring. Last month, we knew it was high time we shamed this company and got up on stage with Lockheed Martin CEO to call him out for making his millions off of war. 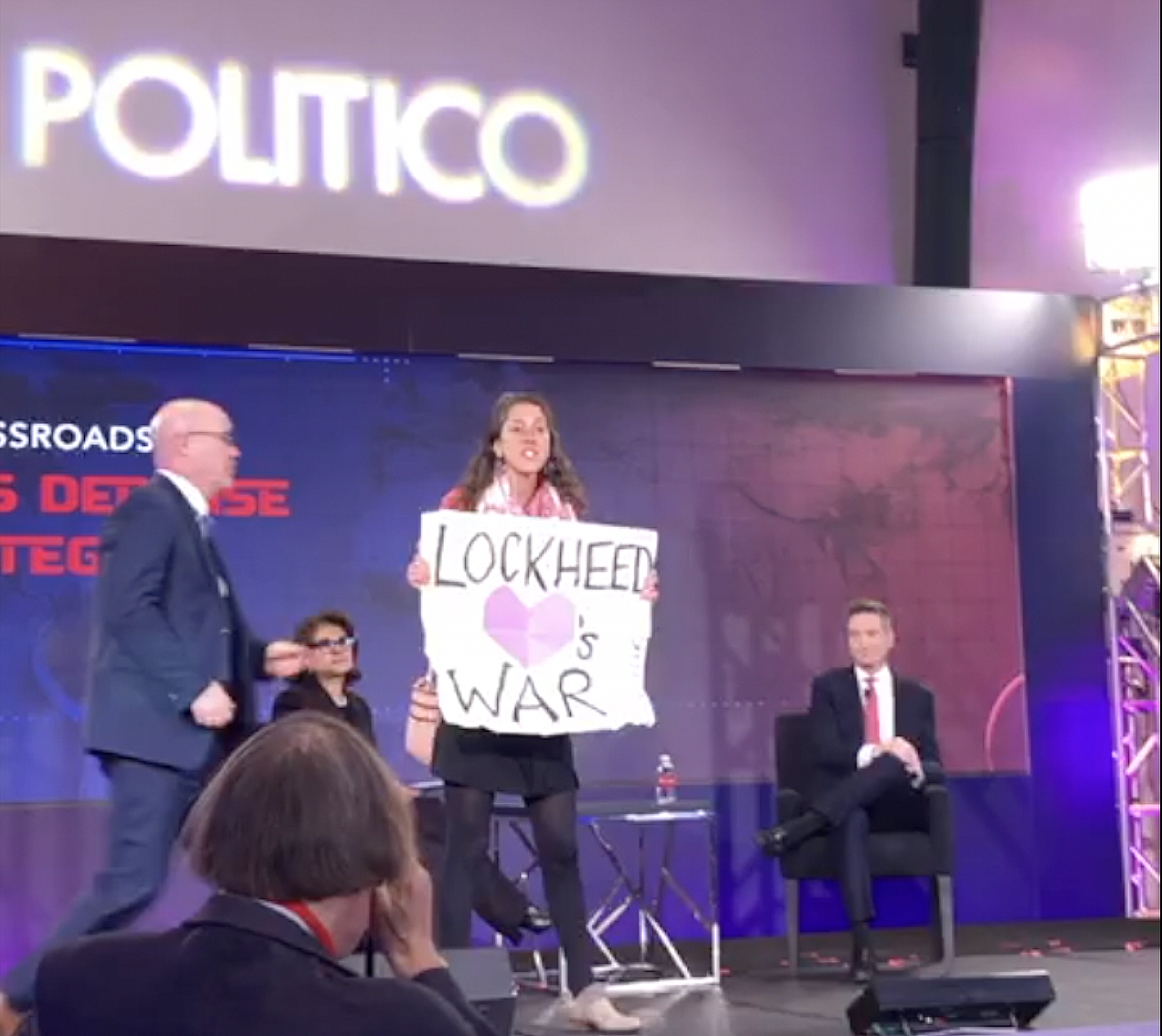 Help us keep making the war profiteers squirm in 2023!

Let’s recap what we’ve disrupted this year. We recently blocked the elevators to an event the New York Times was hosting with BlackRock CEO Larry Fink and war criminal Benjamin Netanyahu. 👇 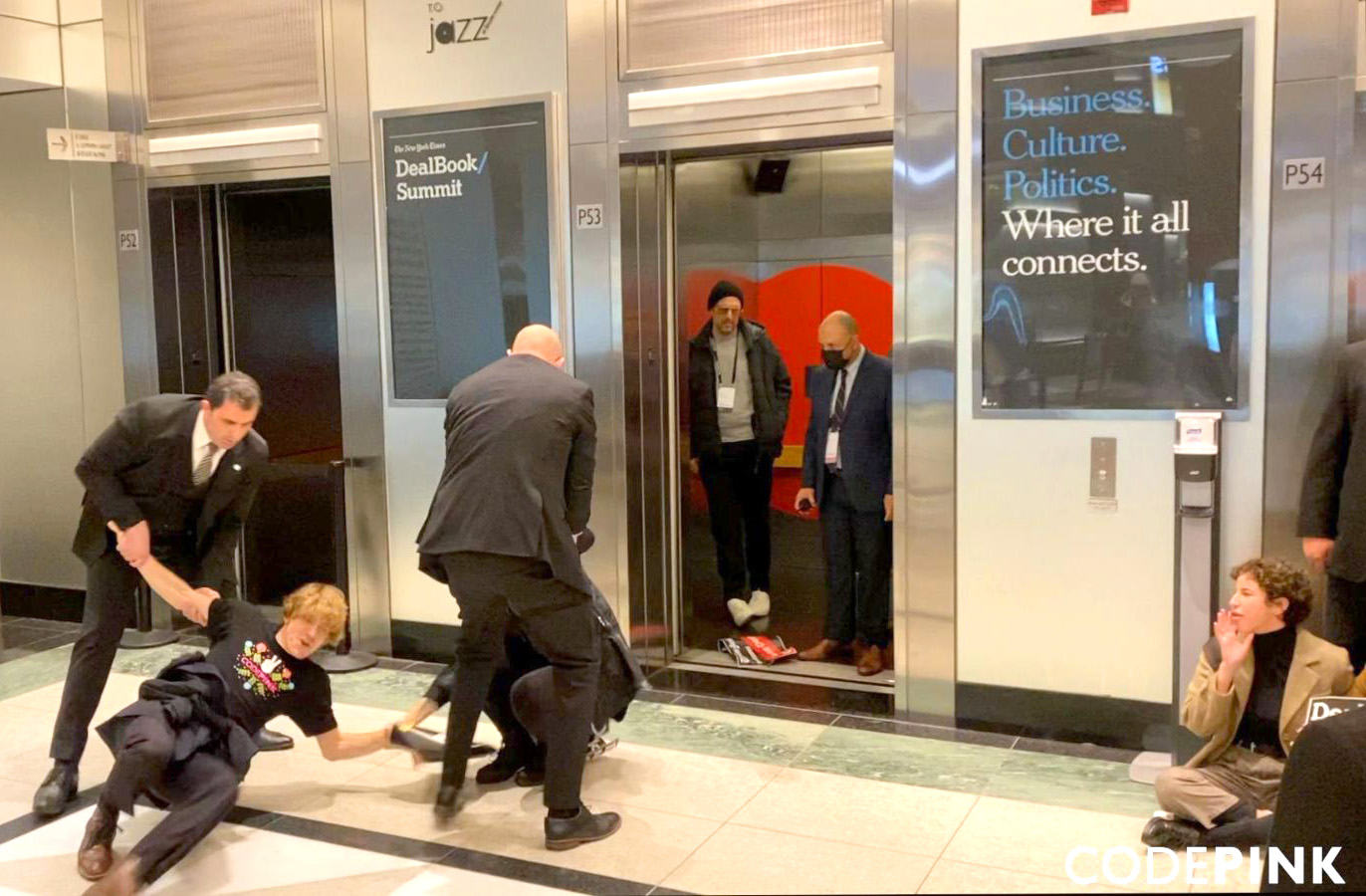 Our youth organizers in Chicago camped outside their congressman’s office for a month straight calling him out for taking thousands of dollars from weapons companies! 👇 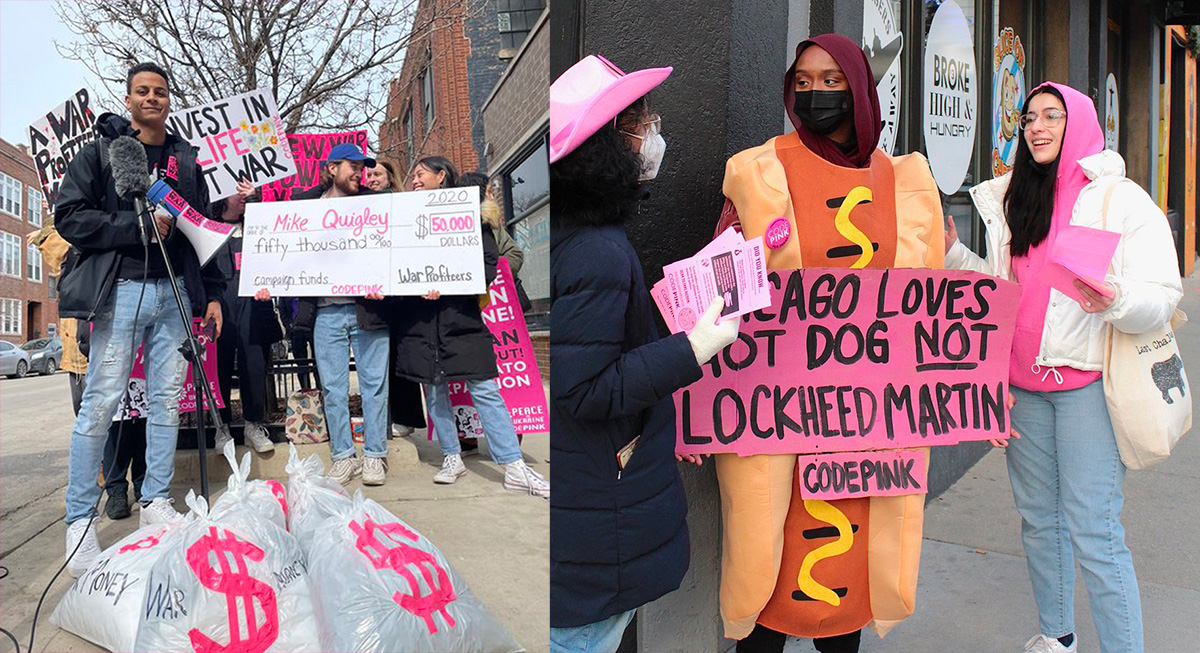 Medea and Olivia got on stage at a weapons trade conference to disrupt their “Climate Resilience” panel to say War is Not Green! 👇 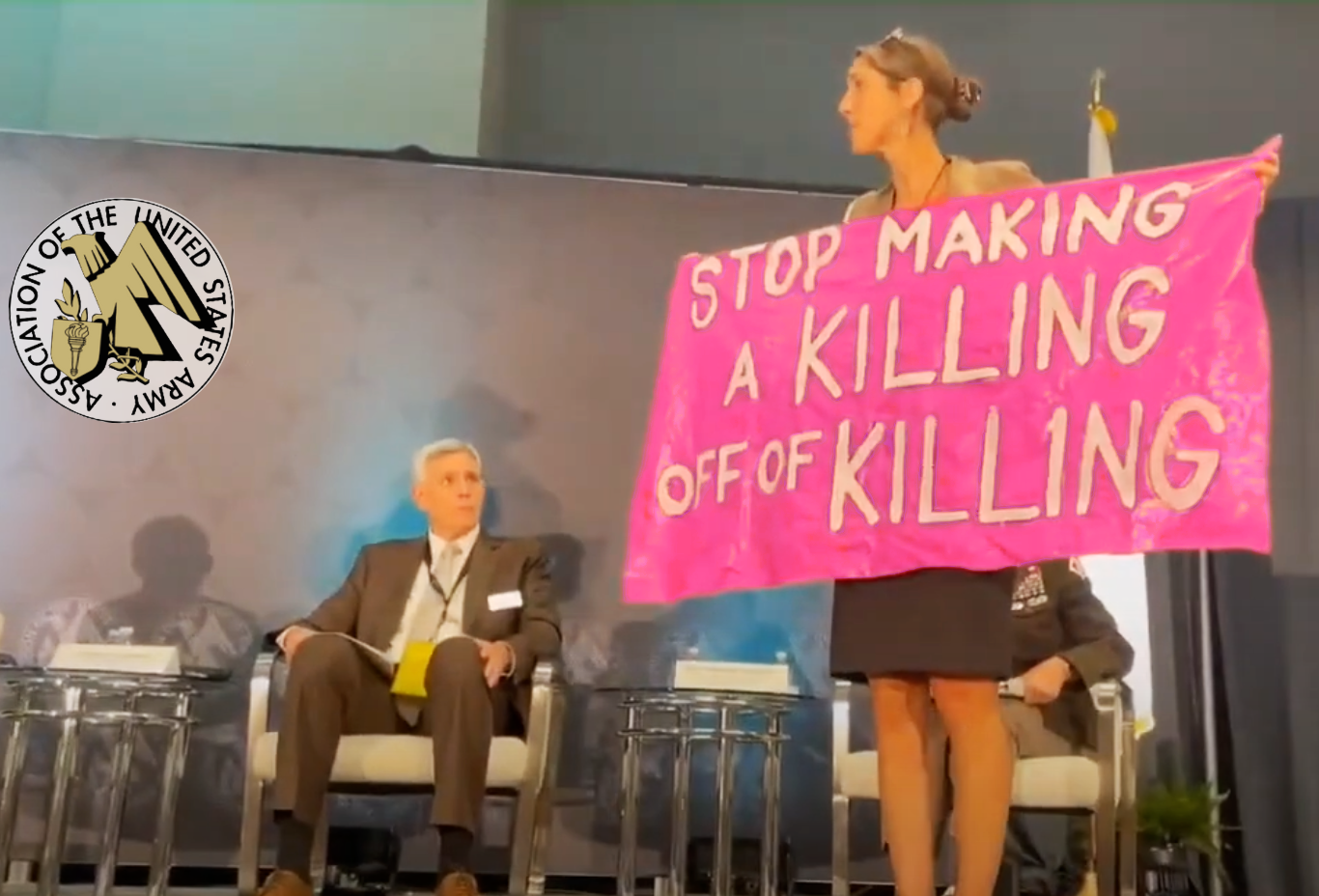 We disrupted the imperialist IMF/World Bank meeting with the message of Canceling All Debts to the global south! 👇 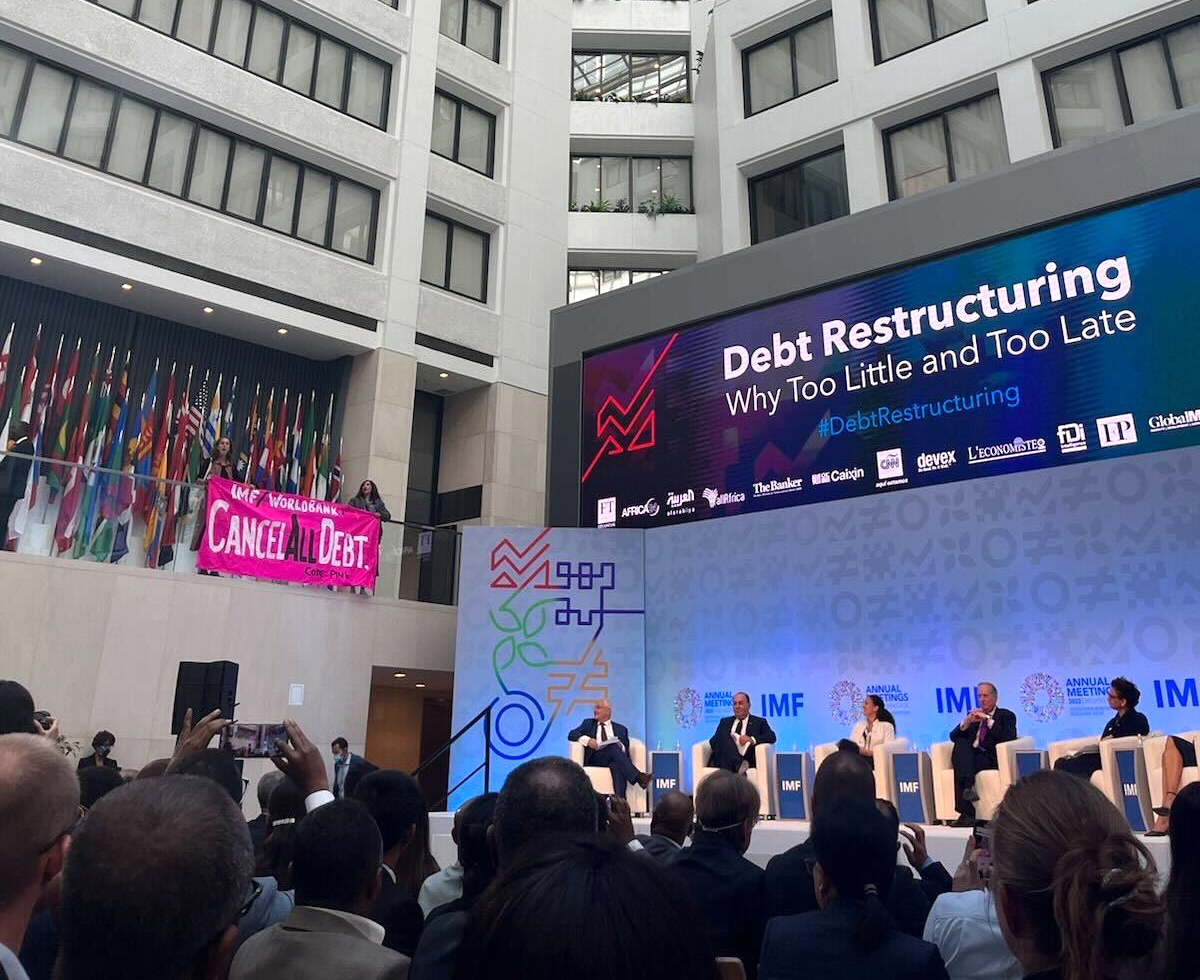 At the Summit of the Americas, which excluded Cuba, Venezuela and Nicaragua, we partied outside in the street, saying “Block Parties, not Blockades!” 👇 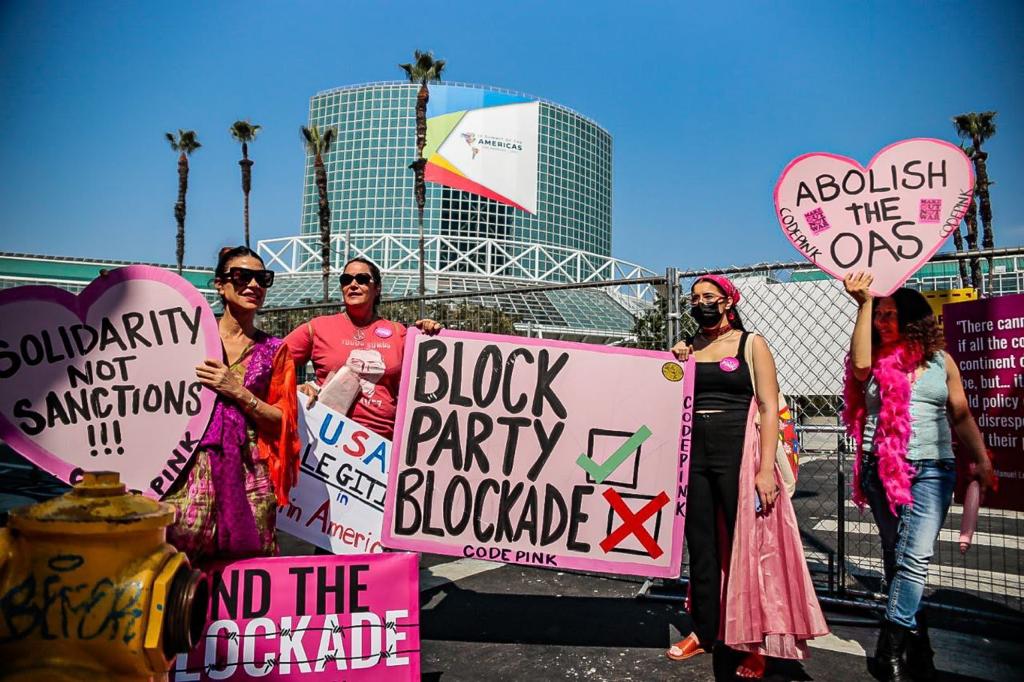 The Chicago team covered the city in posters against the Air and Water show, sponsored by war profiteer Boeing and a tool of military recruitment! Bad for the planet and humanity, the Air and Water Show boasts militarism in Chicago every summer. 👇 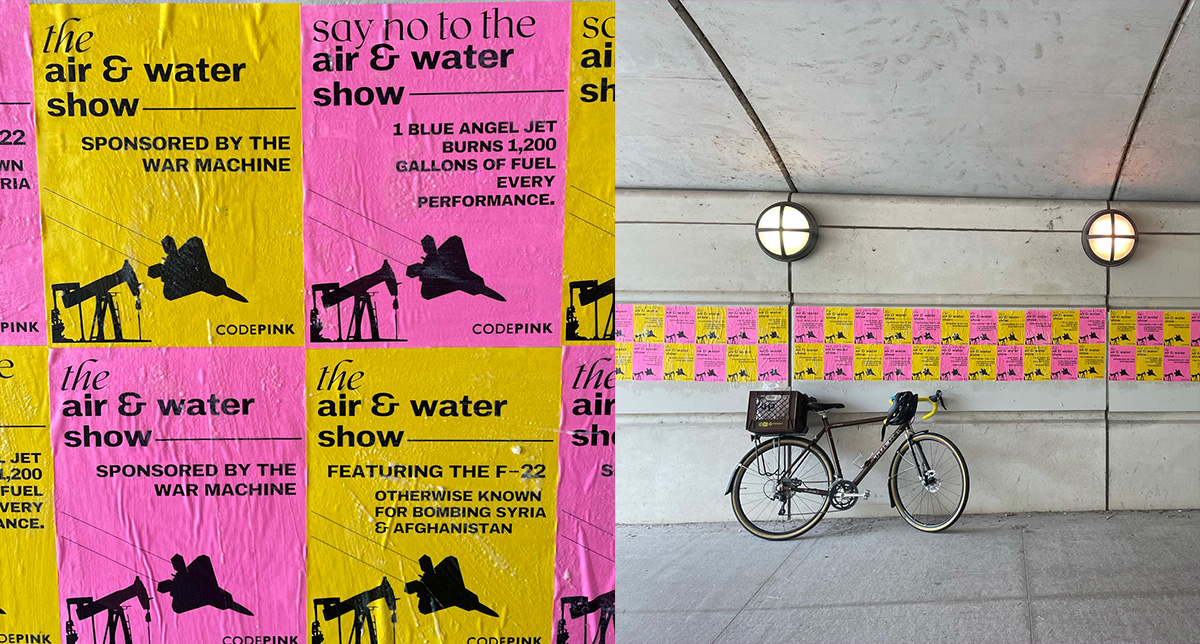 And we disrupted the shareholder meeting of war profiteer Northrop Grumman! 👇 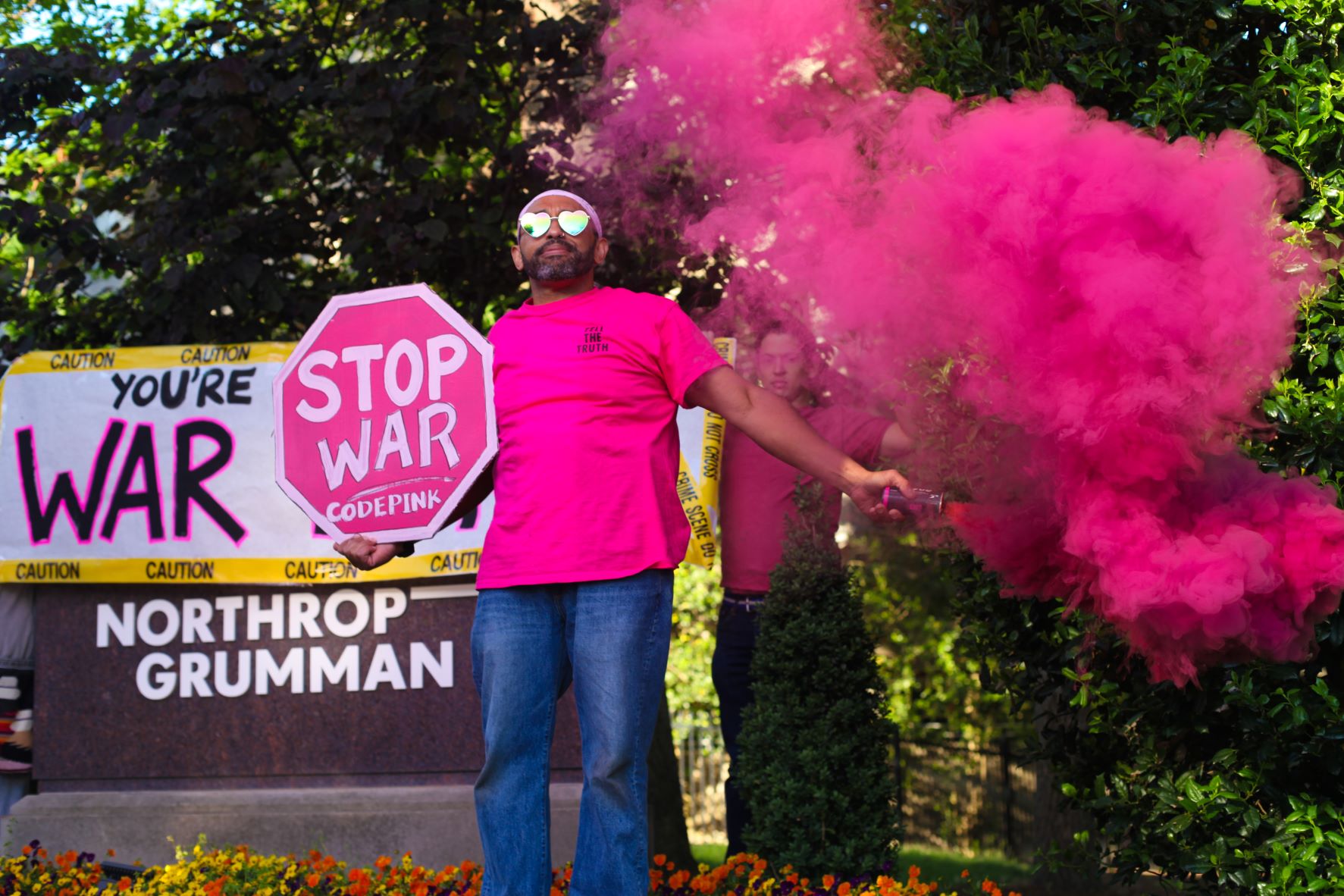 Will you help us continue exposing those driving more wars and weapons next year?

P.S. Join us with your time and be a peacemaker with us. In case you missed it, here is what we did last week at CODEPINK and don't forget to read Medea's 10 Surprisingly Good Things that Happened in 2022!