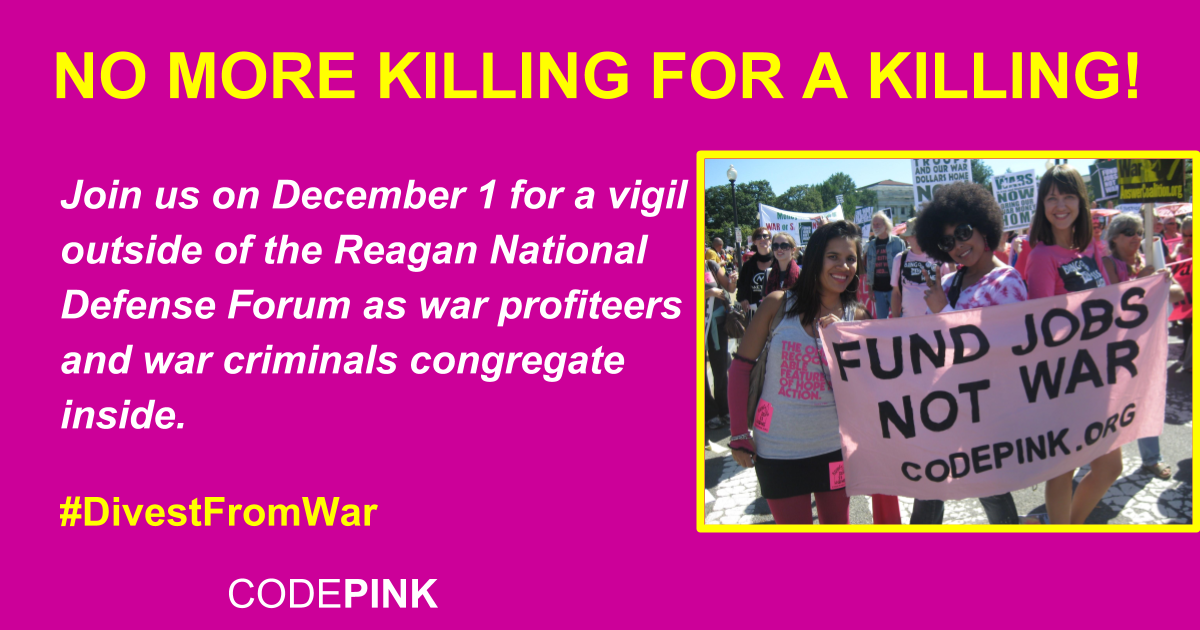 From November 30 to December 1, a number of the country’s most influential members of Congress, military officials, and weapons industry executives will meet at the Ronald Reagan Presidential Library in Simi Valley, CA for the sixth annual Reagan National Defense Forum. The theme of this year’s event is “Peace through Strength in an Era of Competition” and its keynote address will be delivered by U.S. Secretary of Defense James Mattis.

Among its main sponsors are Northrop Grumman, BAE Systems, Lockheed Martin, Harris Corporation, Deloitte, Boeing, Raytheon, and L3 Technologies. The attendees of the RNDF are war profiteers and war criminals, and this forum will only serve to create more violence abroad.

The U.S. operates approximately 800 military bases beyond its borders, which costs nearly $100 billion every year. Those attending the RNDF are the political and economic leaders of the military industrial complex. “Peace through strength” is meaningless coming from a group of warmongers actively engaged and invested in violence.

Join us on Saturday, December 1, 2018 at the Reagan Presidential Library for a vigil to recognize all of the countries that the U.S. uses to advance its military machine. We want the attendees to know that the devastating global impact that this machine has on people and on peace will not go unseen!