Push for negotiations – not more weapons to Ukraine. 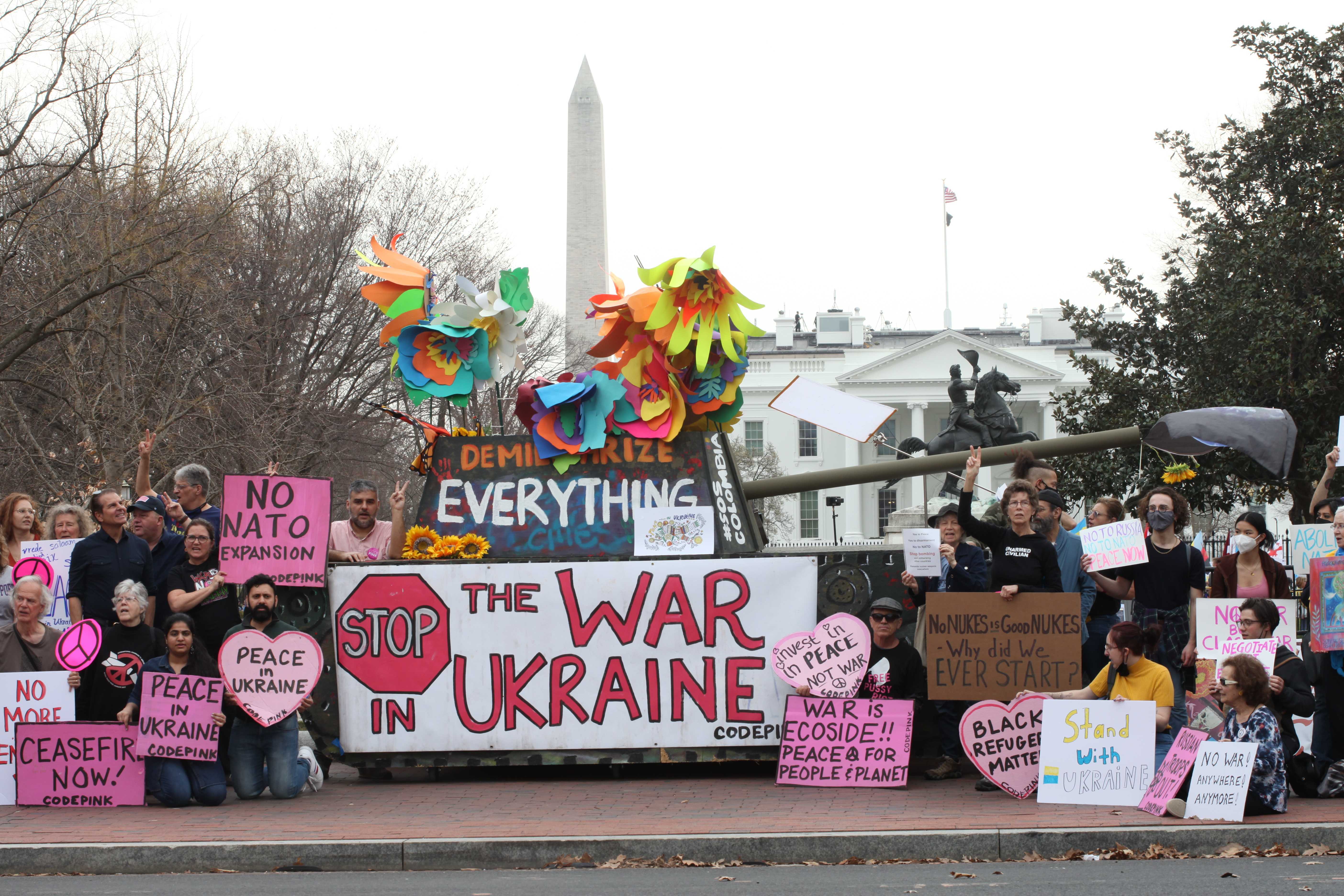 The United States continues to send billions of dollars of weapons to Ukraine to fan the flames of war. Even the Biden administration quietly admits there is no military solution to this crisis. The solution must be a diplomatic one centered around rebuilding Ukraine, release of US sanctions in return for Russian concessions, autonomy for the Donbas, as well as guarantees that Ukraine will not join NATO.

Send an email to your House and Senate Reps to support negotiations–not more weapons–to guarantee the security of everyone involved. Tell your representatives to support economic aid and safe refuge for the millions of Ukrainians displaced as a result of Russia’s horrific invasion, instead of more weapons that increase the risk of a direct war with Russia between the two most heavily armed nuclear nations.

Tell your congressional reps to vote NO on the next Ukraine weapons bill.

While some of our progressive allies in Congress want to pair more weapons with negotiations–believing few in Congress will support negotiations alone, we at CODEPINK believe fueling an ongoing war serves as a disincentive to reach a diplomatic settlement. Enough weapons!

We denounce Russia’s unjustified invasion of its neighbor Ukraine. But we also understand Russia was provoked by 1.) the expansion of NATO–a hostile military alliance–up to Russia’s borders, 2.) by the US installation of missiles in Romania and Poland, and 3.) by the Trump administration’s abandonment of key U.S. arms control treaties with Russia.

Ultimately, the Ukrainians must decide what is best for their future, but as one of the main arms suppliers fueling this war the United States shoulders a responsibility to engage directly with Russia to achieve a peaceful settlement.

The alternative is a protracted war that results in more death and destruction, exacerbates the climate crisis, destabilizes Europe and pushes us to the brink of nuclear catastrophe.

Towards peace in Ukraine,
Marcy & the entire CODEPINK team