No Weapon Sales to Saudi Arabia 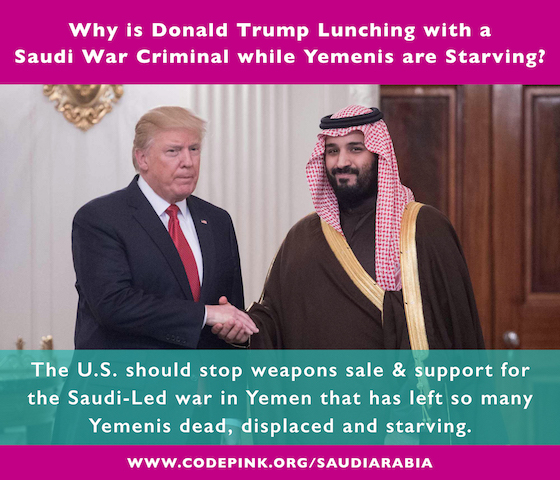 Tell President Trump not to approve $390 million sale of arms to Saudi Arabia from US weapons company Raytheon! The United States has already been involved in massive weapons sales to Saudi Arabia, resulting in an enormous civilian death toll in Yemen. Moving forward with this weapons sale will come at the costs of further devastating the civilian population in Yemen and implicating the US in war crimes and violations of international humanitarian law.