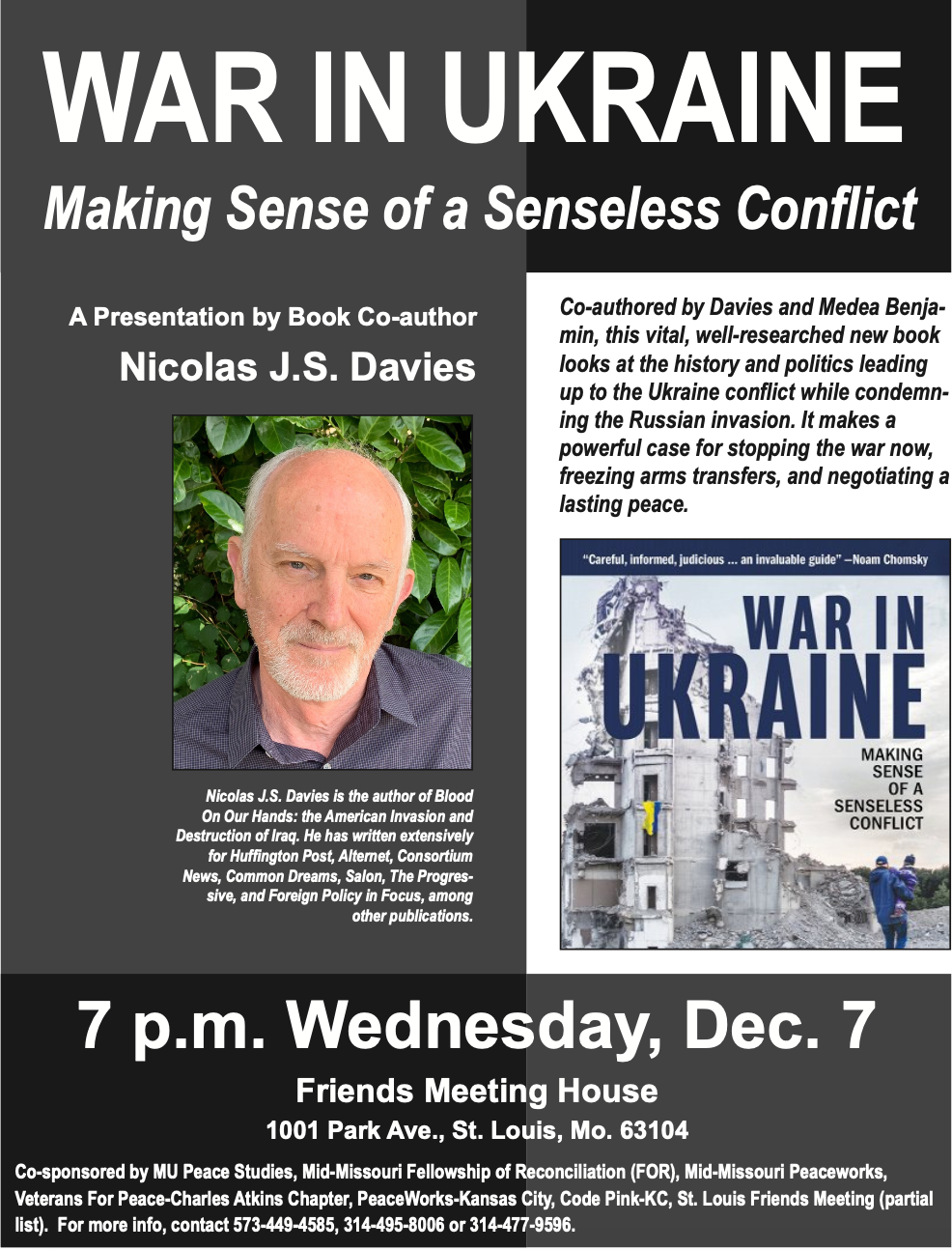 Nicolas J.S. Davies will discuss his book War in Ukraine: Making Sense of a Senseless Conflict.

About the author: Nicolas J. S. Davies is an independent journalist and a researcher with CODEPINK. He is the co-author, with Medea Benjamin, of War in Ukraine: Making Sense of a Senseless Conflict, and the author of Blood On Our Hands: the American Invasion and Destruction of Iraq.