New tools and next steps to #divestfromwar! 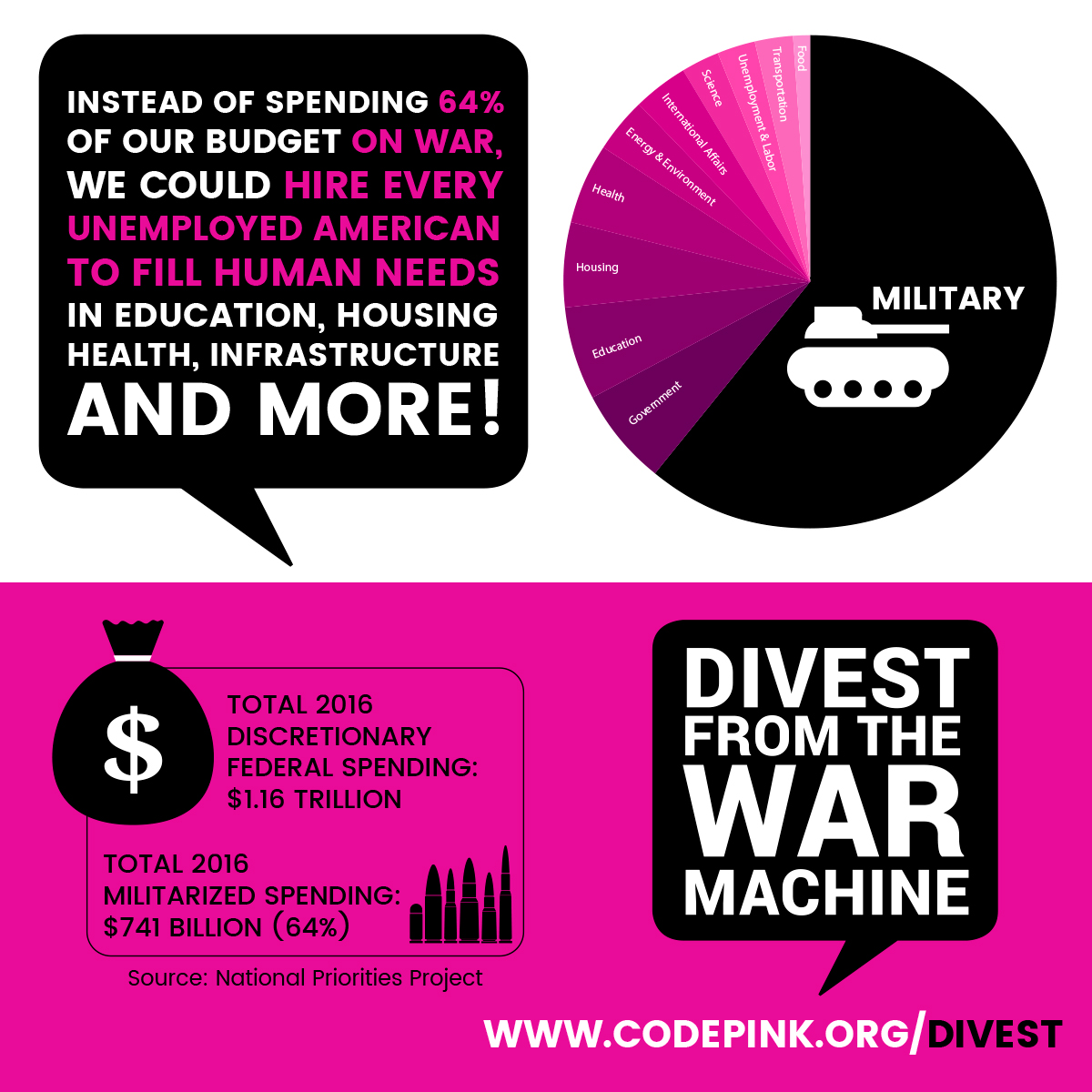 It’s been another crazy week. Unsurprisingly, Trump continues to make moves that fan the flames of war. His reckless announcement to recognize Jerusalem as Israel’s capital has stoked protests and violent clashes across the Middle East and in the West Bank and Jerusalem. He is also calling for Saudi Arabia to end its blockade of Yemen, but fails to recognize the United States’ role in the devastation there or to call for an end to weapons sales to the Kingdom. We all know military contractors are laughing all the way to the bank thanks to this continued descent into chaos, as weapons stocks have risen 40% since Trump took office just one year ago.

We know you are bombarded by the daily onslaught of news. But in this dark tunnel, we offer you some light. We’re offering you tools to take concrete actions to confront the war machine, starting in your own community. You can now access a No War Machine webinar and a whole series of Campaign Guides to help you launch your own Divest from the War Machine campaign.

Watch the replay of the No War Machine Webinar! Get the scoop on CODEPINK’s newest campaign and how you can be a part of it! You can find a recording of the presentation here. Share the recording with those in your community, and be sure to use the hashtag #divestfromwar.

Watch the webinar and check out the guides, then take these next steps:

Get ready to join us for a Week of Action in early 2018, where individuals and groups all over the country will take action to #divestfromwar. Form your group, select a target, and then let’s create some fun, powerful actions! We’ll be sending out lots more information in the new year. In the meantime, remember that we are here to support you.

Together, we’ll cut our communities’ ties to war and stop those making a killing from killing.