New Bill in Congress to Stop the Abuse of Palestinian Children 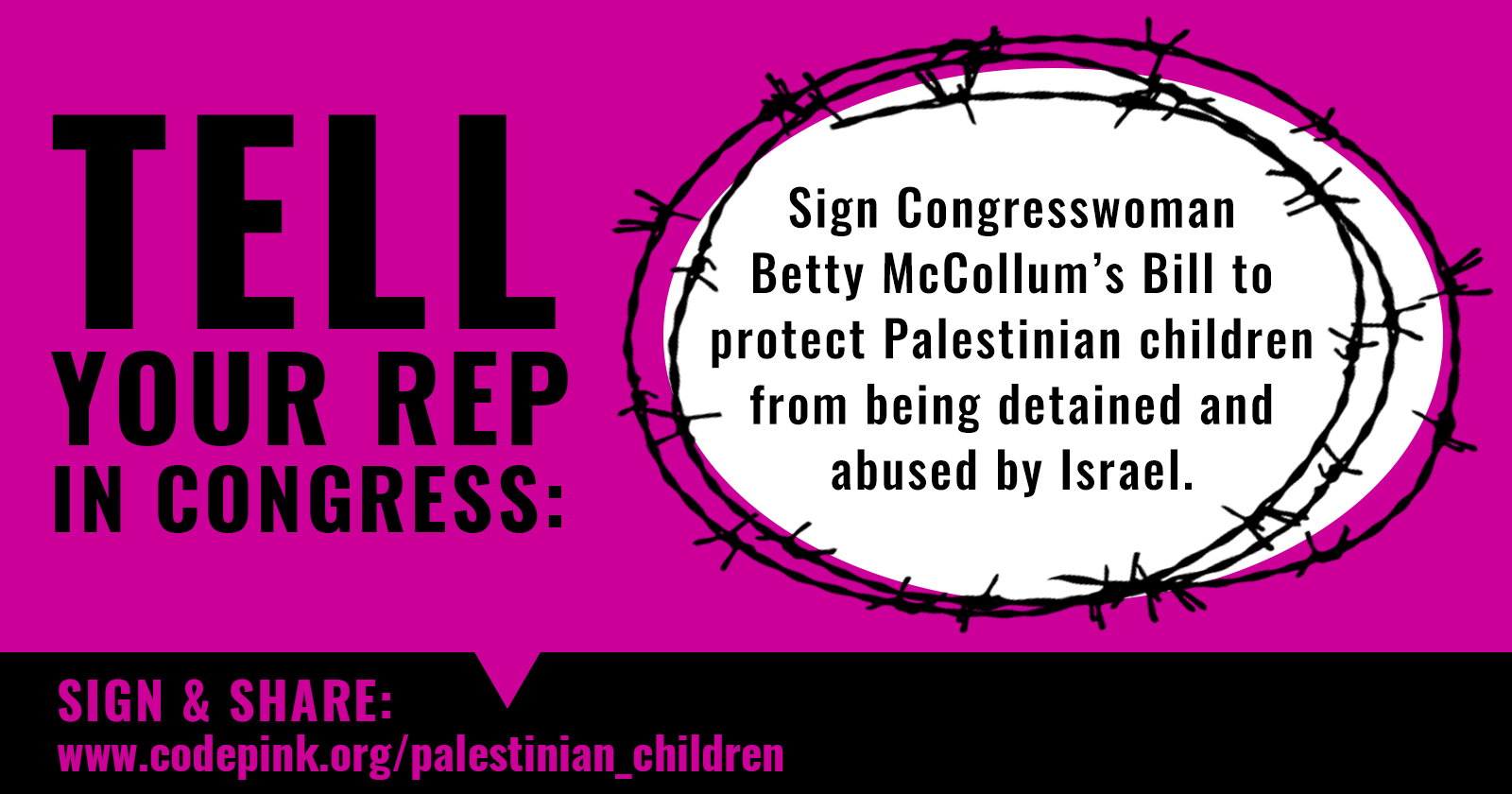 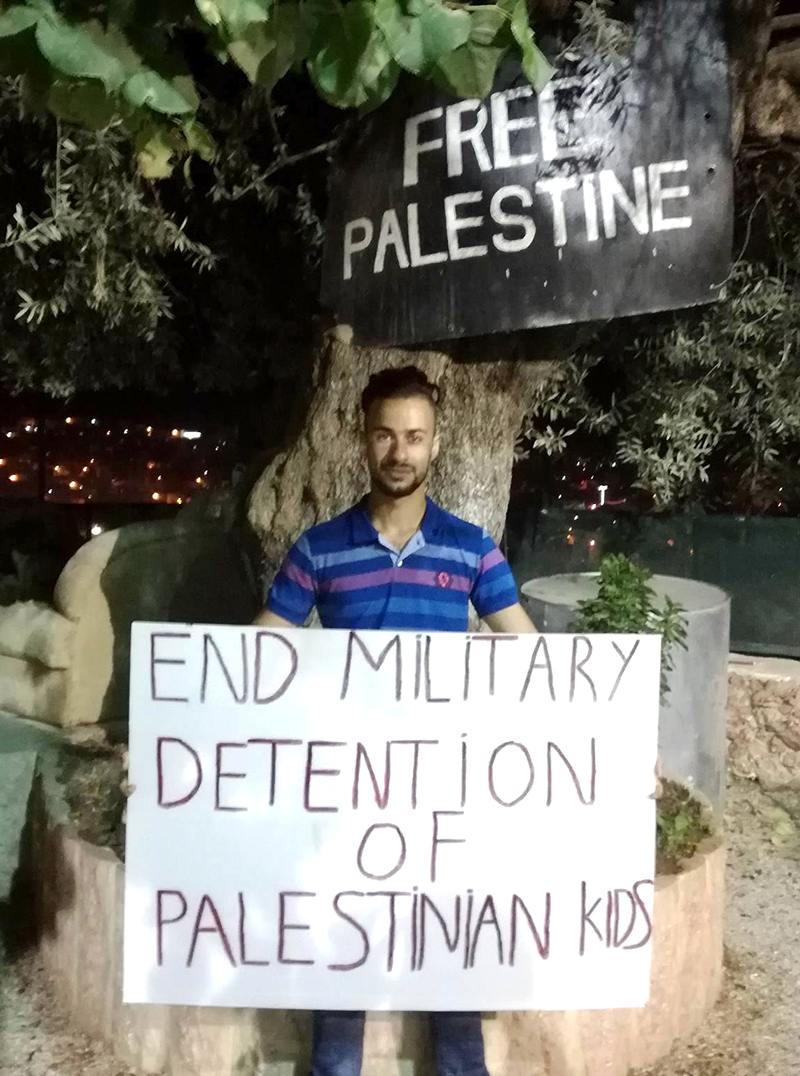 Israel is the only country in the world that tries children in military court. This practice must stop!

I was 16 years old when 30 soldiers arrived at the Youth Against Settlements Center Hebron to arrest me for the false charge of having a knife. I was blindfolded, strip-searched and beaten and handcuffed all night in the cold outside the military base. Eventually, I was taken to the Ofer Military Detention Center where I spent the next six days before finally being cleared on DNA evidence.

This week Representative Betty McCollum introduced historic legislation to stop the detainment and abuse of Palestinian children. Email your member of Congress and ask them to sign onto the bill.

My arrest two years ago wasn’t unique. Each year, Israel military arrests around 700 Palestinian children. While 75% of us endure physical abuse during our arrest and 97% of us are prohibited from having a parent or attorney present during interrogation.

Israeli military court is no way to treat a child. Tell your representative to support this historic legislation. And share this message on Twitter and Facebook.

In support of Palestinian children's rights,