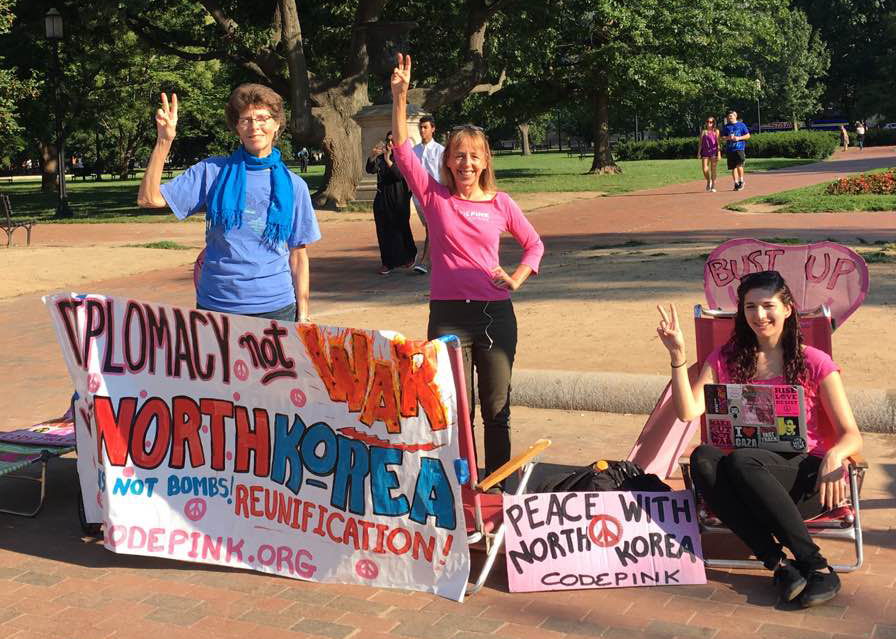 President Trump’s threat "fire and fury" against North Korea is exacerbating the already hostile situation, putting not only people in the Korean peninsula but also everyone around the world in grave danger. We are seriously concerned with the current situation because the war in the Korean peninsula can be readily expanded to the World War III. It's time for Koreans and Americans to unite in a people's movement for peace and keep us all safe.

2) Freeze all US military actions in Korea including US-ROK Military exercises and freeze North Korea’s nuclear and missile testing.

3) Start peace process for a peace treaty to formally end the Korean hostilities.

RSVP here, or reply to this email for more information.

We will move Paula Kahn’s report back from Palestine to another time this month.

See you in the streets,
Jodie, Paula, Taylor and the entire CODEPINK team