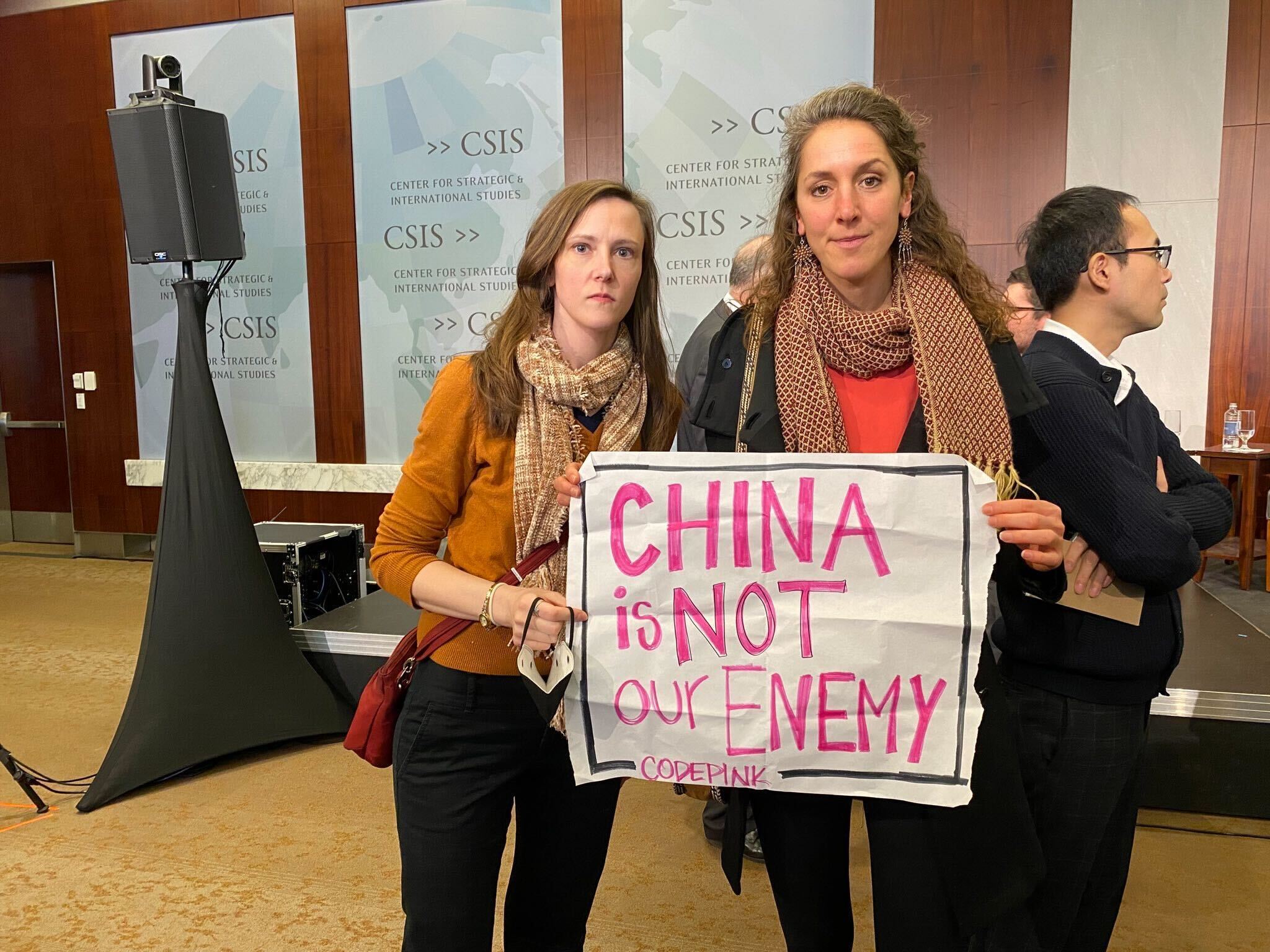 As an imaginative child, my ancestors left me a wealth of fantastical stories about traditional Chinese spirituality. My favorite was the origin and history of the Lunar New Year, a tale of community resilience and cooperation. Once upon a time, on the last new moon of each year, a monster would terrorize people by destroying homes and livestock. Finally, the people united against the monster by decorating the village with red to repel evil spirits, and setting off fireworks to scare off the monster. Such solidarity against a common enemy ensured a peaceful future for all of them.

This Lunar New Year, tell your members of Congress to call for cooperation, not competition with China!

The spirit of community cooperation lives on as people in China and Asian diaspora around the world carry on their tradition to celebrate the Lunar New Year. This year, the Lunar New Year will be celebrated on Sunday, January 22, when we welcome the year of the rabbit.

However, for Asian Americans, it's difficult to get into the holiday spirit since they bear the brunt of anti-China rhetoric that's taking place in the U.S. Days after the new Congress was sworn in, it voted to create a House Select Committee on competition with China. This was the first time in history that a committee has been established for competition with another country. The drums of war on China continue to beat, and the roar is deafening. Nevertheless, our spirit was lifted by 65 Representatives voting against the creation of the new committee; all of the new members including Rep. Sydney Kamlager-Dove (pictured below with CODEPINK Co-Founder Jodie Evans), who called it an act of violence against the Asian American and Pacific Islander community. 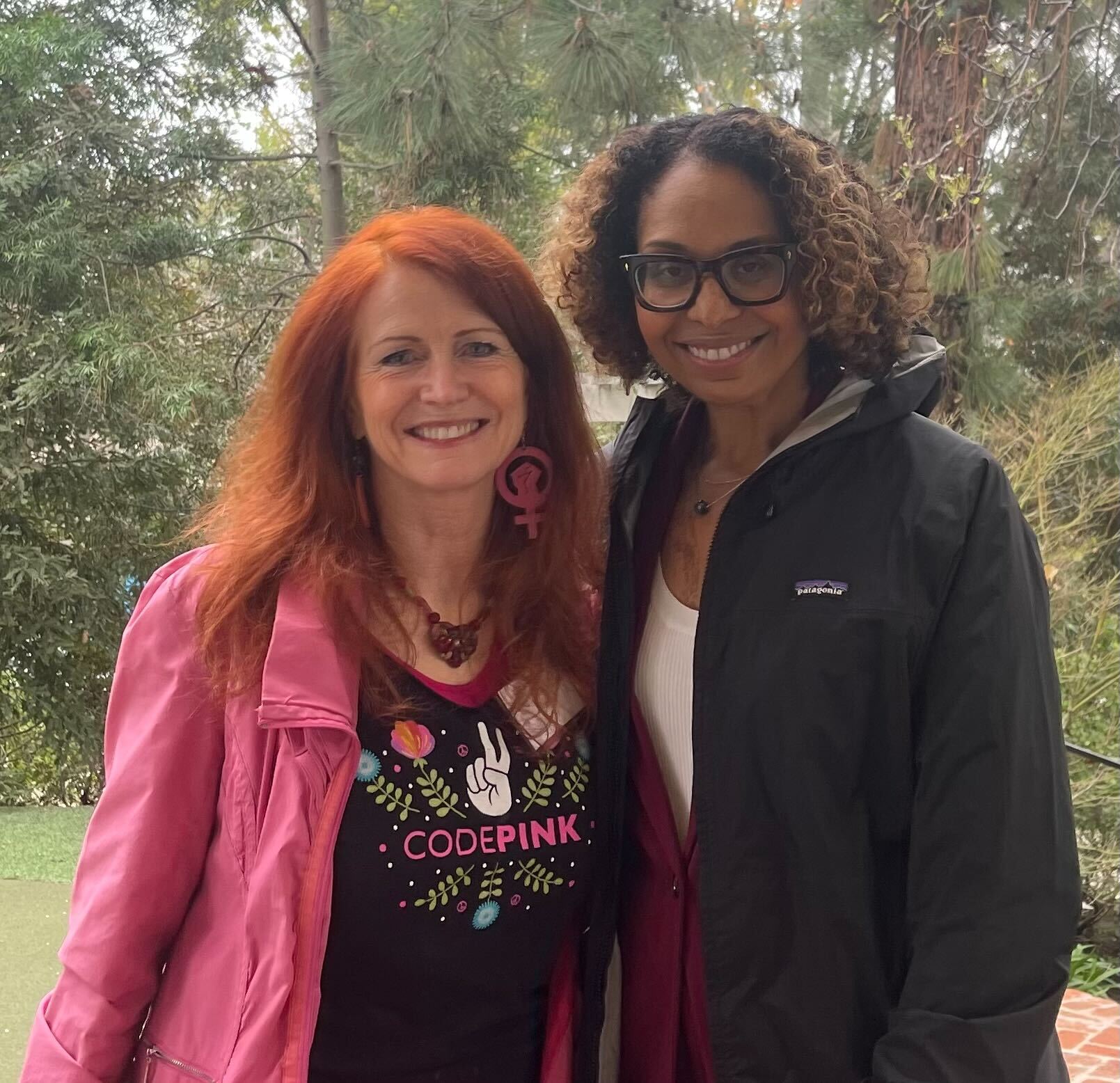 Tell your members of Congress to stop driving hate towards Asian Americans and stand for peace with China!

As war games on China were being drooled over by the Center for Strategic and International Studies (CSIS) at a gathering last week, CODEPINK’s organizer Olivia DiNucci disrupted with the message that China Is Not Our Enemy. The security think tank discussed how they could win a hypothetical conflict with China over Taiwan. Why is the United States driving a conflict with China over Taiwan? Olivia called out the importance of diplomacy which was a missing element in this scenario, but a needed element for life to continue on earth. 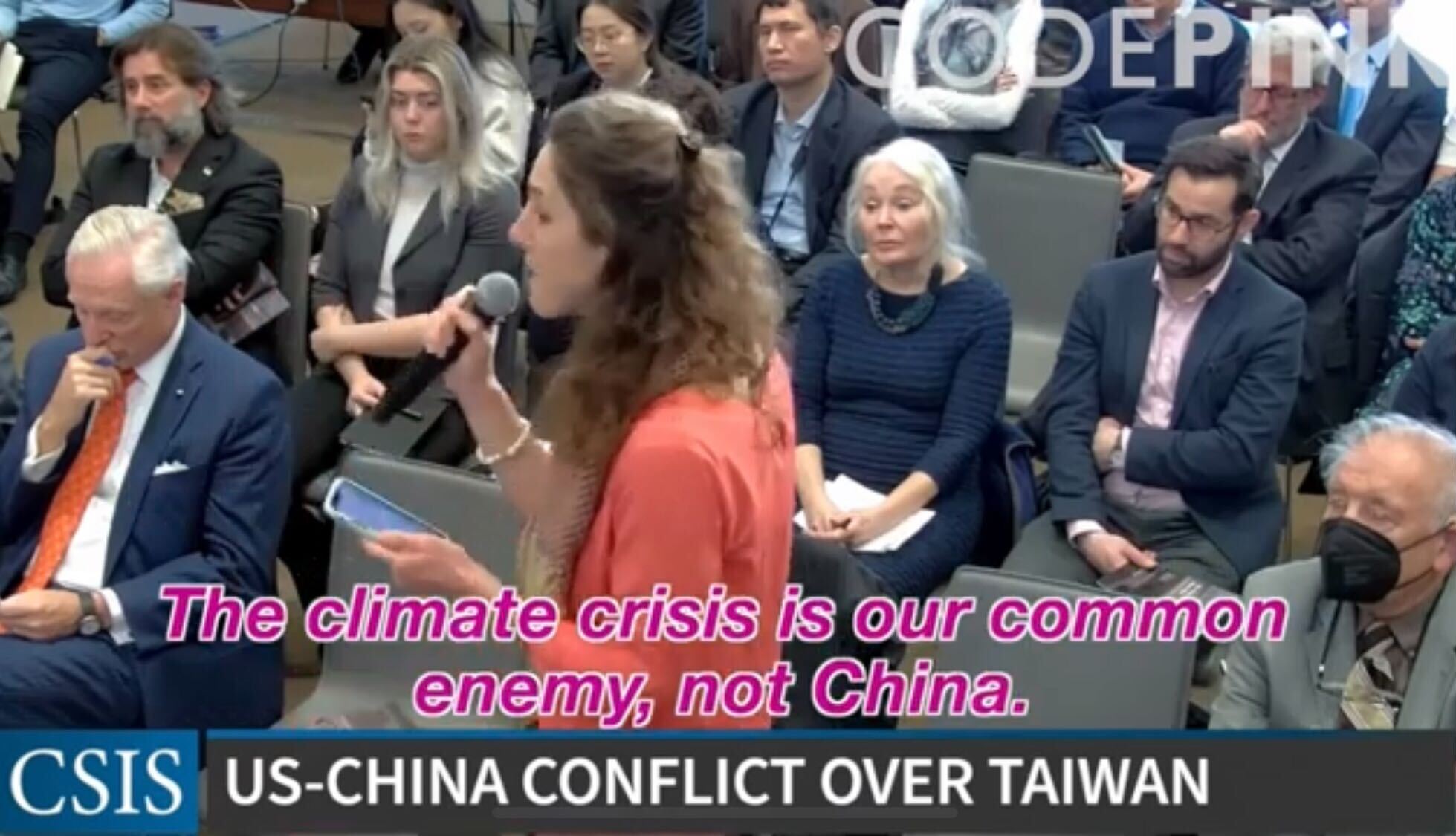 As we enter the year of the rabbit at the end of this week, we need to remember that the rabbit is a gentle yet vigilant creature. Communal and soft, but once the rabbit perceives threat, like all animals and humans, it will be agitated and become defensive. The U.S. has already poked the bear as Russia was provoked to invade Ukraine. Once a war starts, it is extremely hard to end. The U.S. cannot provoke another costly and deadly war with China. We must speak up for the billions of people and the pristine ecosystems in the Asia Pacific. The people of the world want cooperation, not more wars!

Tell Congress to stand for peace and cooperation with China!

Let us be inspired by the Lunar New Year tale of cooperation and align with the spirit of the rabbit. We will be the tuning forks for peace, a word absent in the halls of Congress and absent in the rooms of power.

Onward to peace,
Wei, Jodie and the entire CODEPINK Team

P.S. Check out what we did Last Week at CODEPINK!