CODEPINK letter to the OAS 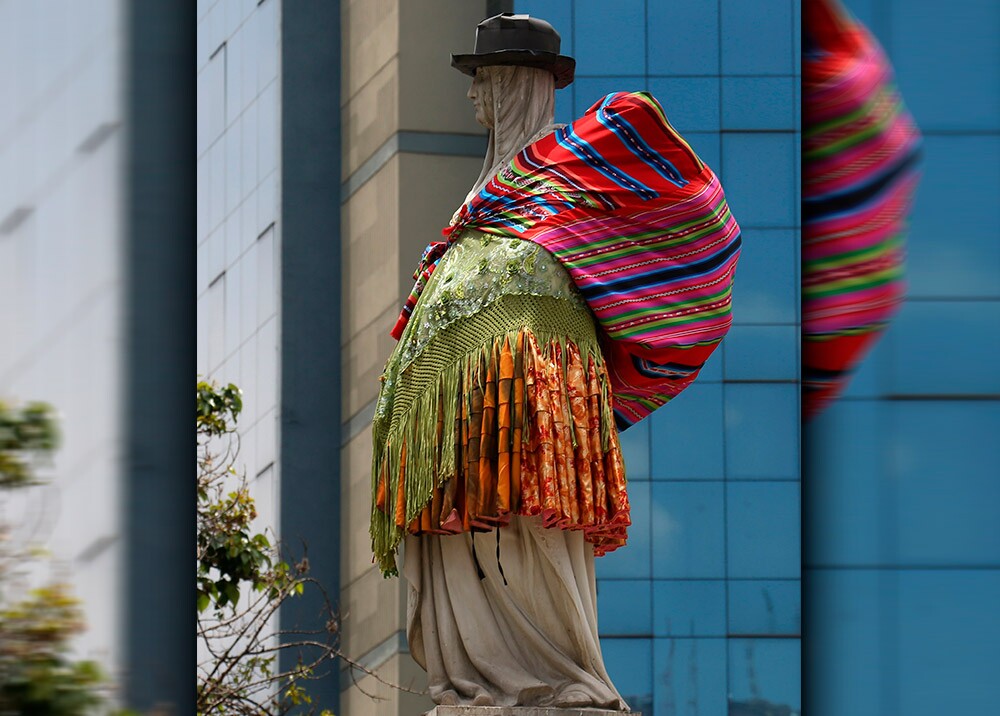 CODEPINK'S Latin America team sent a letter to the OAS Secretary General Luis Almagro requesting a meeting to discuss the removal of the statue of Queen Isabella from the entrance to the OAS.

We are writing to urge that the Organization of American States remove the statue of Queen Isabella of Spain that stands in front of the OAS headquarters in Washington.

This statue was a gift from the fascist Spanish regime of General Francisco Franco in 1966. General Franco clearly looked to Queen Isabella as the embodiment of his own ideals, and of the right of Christian Europeans to rule as dictators over other peoples. But Franco’s brutal dictatorship of nearly 40 years was only a postscript to the centuries-long holocaust that Queen Isabella unleashed on the people of the Americas.

From the very first contact between Queen Isabella’s expeditionary forces and the Indigenous Taino people they encountered in the Caribbean in 1492, Spain’s purpose was to conquer and enslave them, and to seize their gold and anything else of material value that they possessed. Encouraged by the plunder her forces returned to lay at her feet, Queen Isabella quickly sent larger fleets and armies to expand her conquest and colonization of the Americas.

The Tainos were just one of thousands of diverse peoples, each with their own culture and language, that had lived in the Americas since time immemorial. But by 1550, almost the entire population of a million Tainos were wiped out by violence, slavery and disease spread by their European conquerors. Scholars now believe that the population of the Americas in 1491 was about 145 million, and that the European genocide wiped out at least 90% of that population within 200 years, including the near-extermination of peoples like the Tainos.

Queen Isabella’s actions would later lead to the development of the transatlantic slave trade, where 12.5 million Africans were ripped from their homes, forced to undertake a perilous overseas journey and then generated massive wealth for their captors. Their descendants faced brutality and horrors for generations, while continuing to provide Europe with countless riches.

Today, the people of the Americas are trying to learn more about our history and make amends for the wrongdoings of those ancestors who invaded, colonized and enslaved people in the Americas. Monuments to past conquests are being torn down across the Americas. After being glorified for centuries as a symbol of European superiority, these statues are now seen as a symbol of repression that are particularly hurtful and insulting.

In Bolivia, Colombia, Argentina, Venezuela and Chile, statues of Columbus and Isabella have been splattered with blood, dressed up as Indigenous leaders, and/or torn down. In Mexico City, a prominent statue of Columbus was removed in 2020, and the city announced that a beautiful pre-Columbian statue of an Indigenous woman, known as the Young Woman of Amajac, will replace it on the city’s Paseo de la Reforma. In the United States, a statue of Isabella and Columbus that stood in the rotunda of the State Capitol of California in Sacramento since 1883 was removed in 2020.

Removing the statue of Queen Isabella from the headquarters of the Organization of American States would be an acknowledgment by the OAS that it is committed to representing and respecting all the peoples of the hemisphere. That must include the peoples who have survived 500 years of colonialism, genocide and slavery, all of which resulted from the conquests launched by Queen Isabella in 1492.