Lend us your voice! 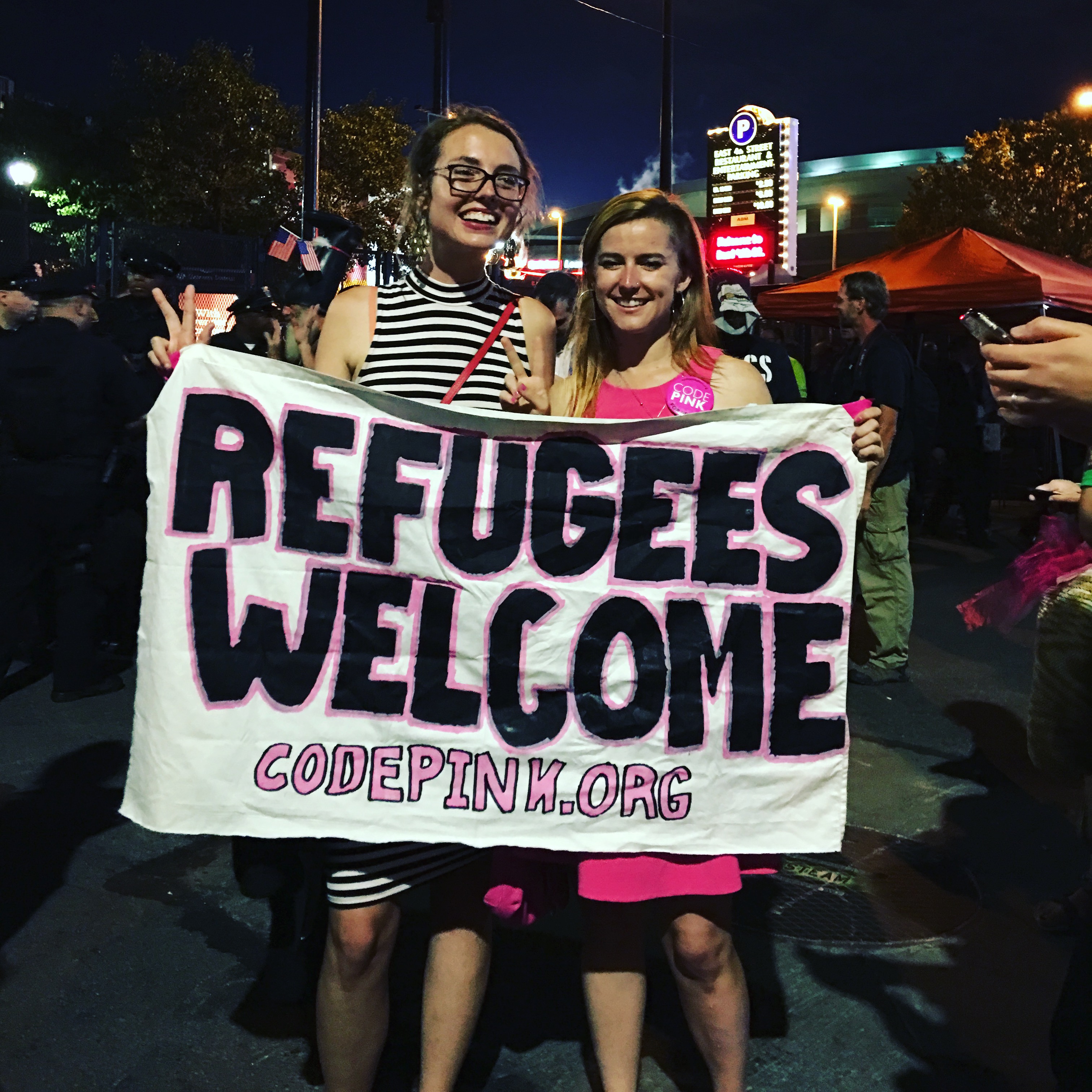 If you've been watching the Republican National Convention or have been on social media at all this week, you know that CODEPINK is hot (pink) in Cleveland! We've disrupted twice (so far) and have staged some of the most widely covered and engaging actions at #RNC2016!

One action you can participate in, no matter where you are in the world, is joining our Thunderclap, which will send out a message of peace and opposition to Donald Trump's hate just as he takes the stage in Cleveland. Sign up for our Thunderclap, then share with your friends and family!

I was part of the disruption on Monday night, during a speech by former New York Mayor Rudolph Giuliani. After a round of thunderous applause in response to an Islamophobic remark by Giuliani, I stood and held up my banner, which read “Refugees Welcome!” I began to yell that our country welcomes refugees with open arms as the RNC attendees around me started chanting “USA! USA!” and tried to rip my banner from my hands. They were unsuccessful, but RNC security quickly arrived and escorted me from the arena. It was exhilarating and slightly scary, but so important to counter Trump's hateful message with messages of peace!

You can lend your voice to the cacophony of voices speaking out to counter Trump's hateful rhetoric by joining our Thunderclap. Please click over to our Thunderclap campaign, sign up and share it on social media!

With peace and love from Cleveland,

Chelsea Byers and the CODEPINK Team

P.S. I'm including a few photos from the events in Cleveland so far. I hope you enjoy seeing what we've been up to! 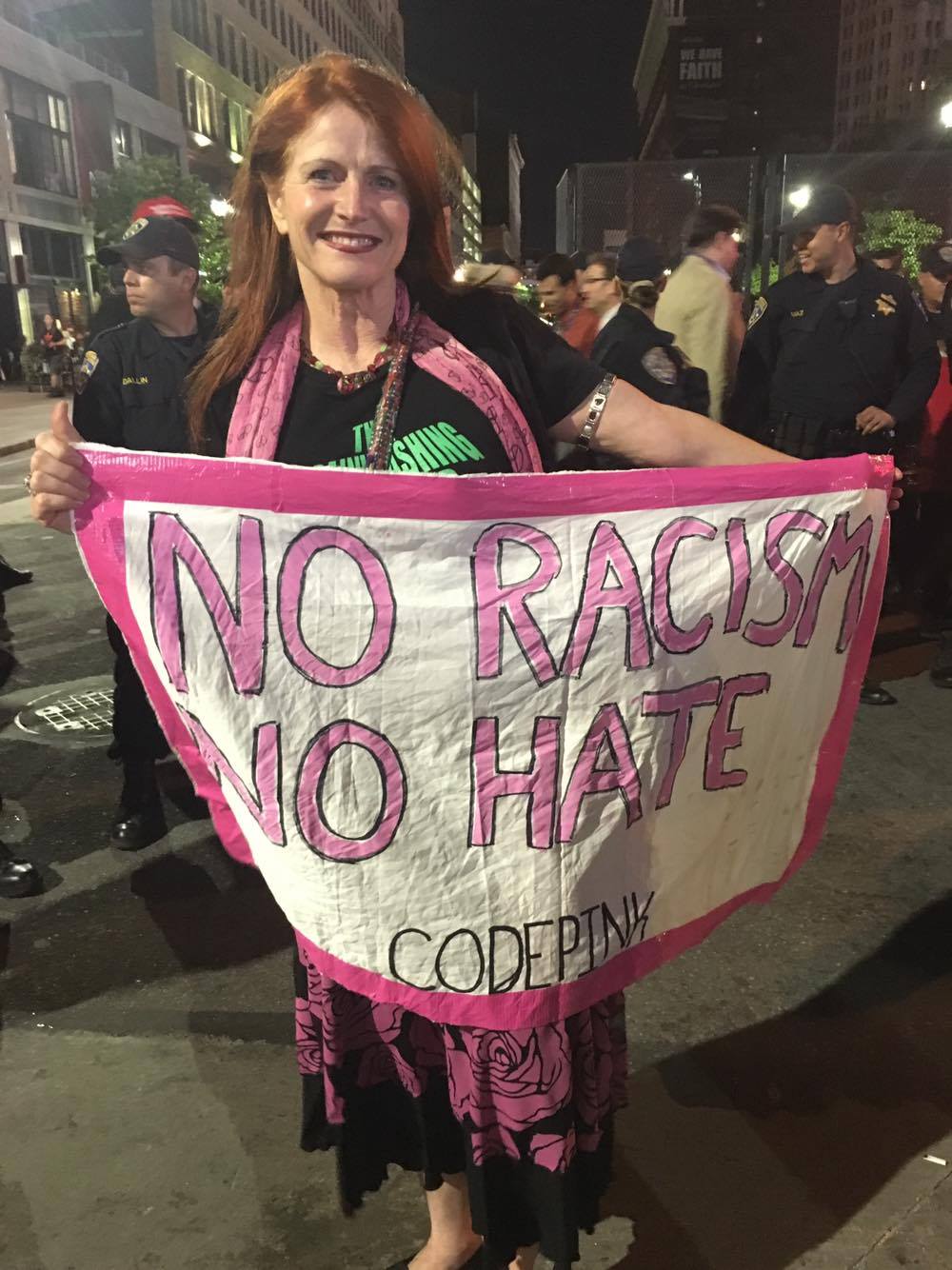 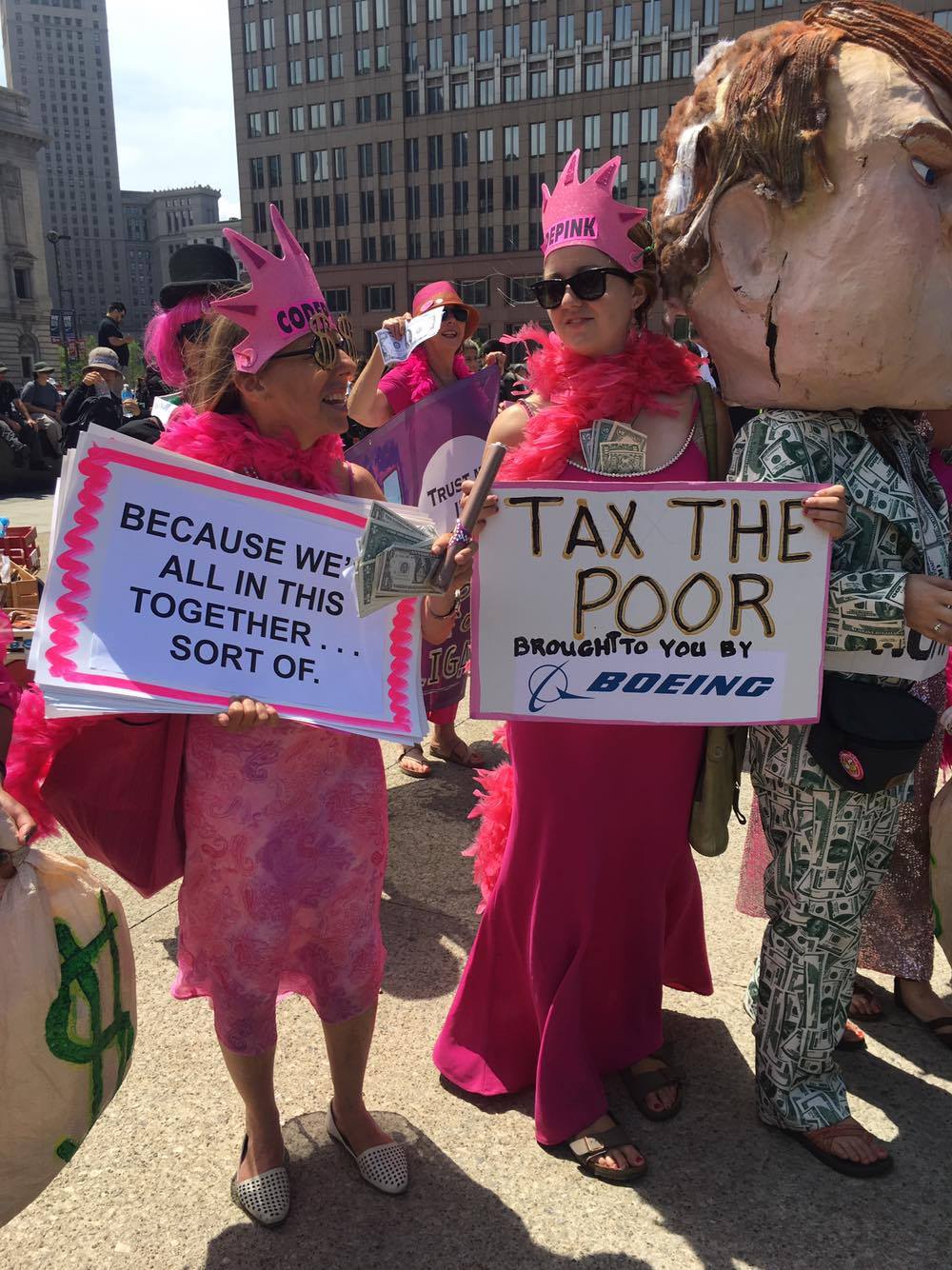 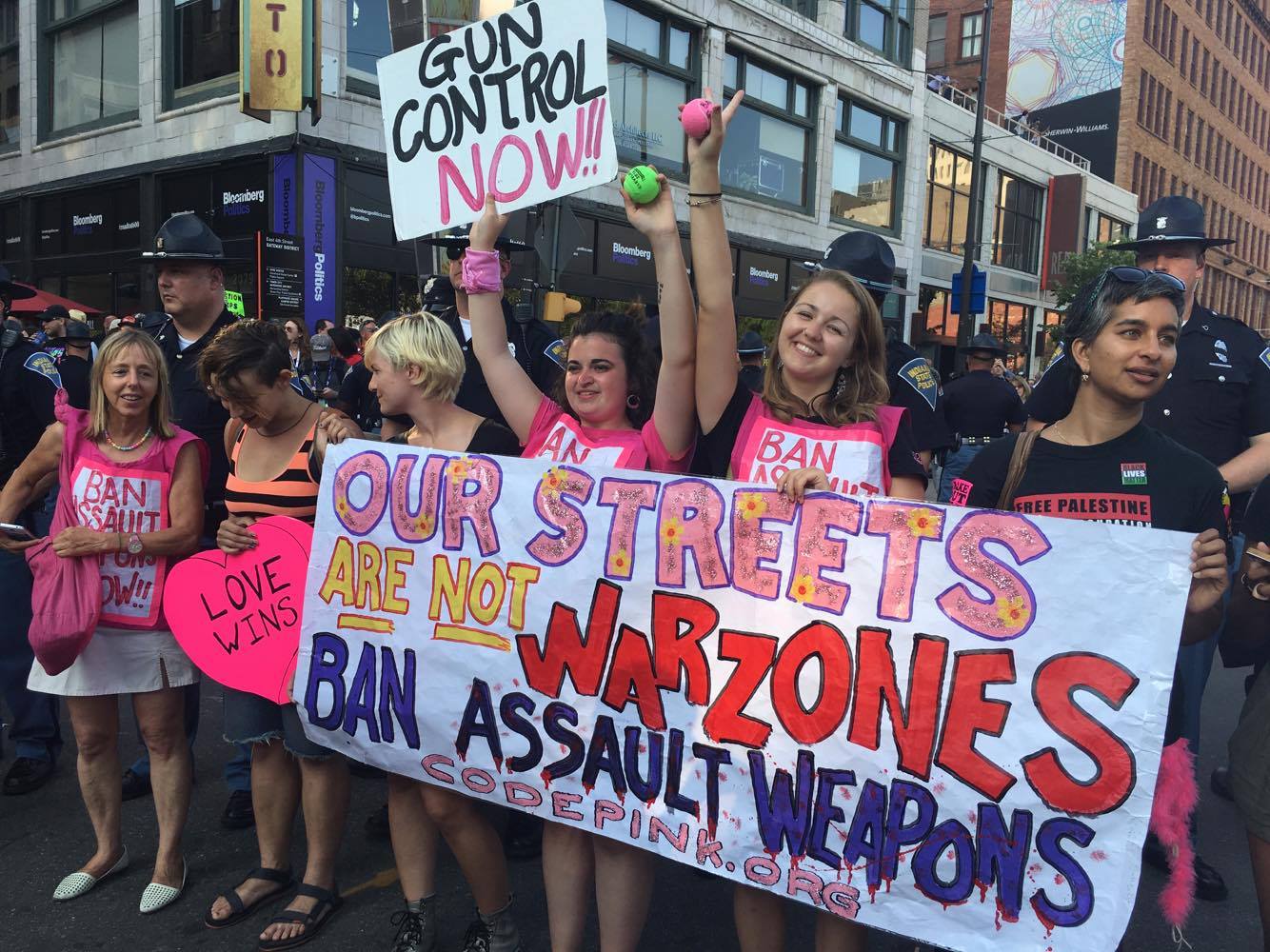 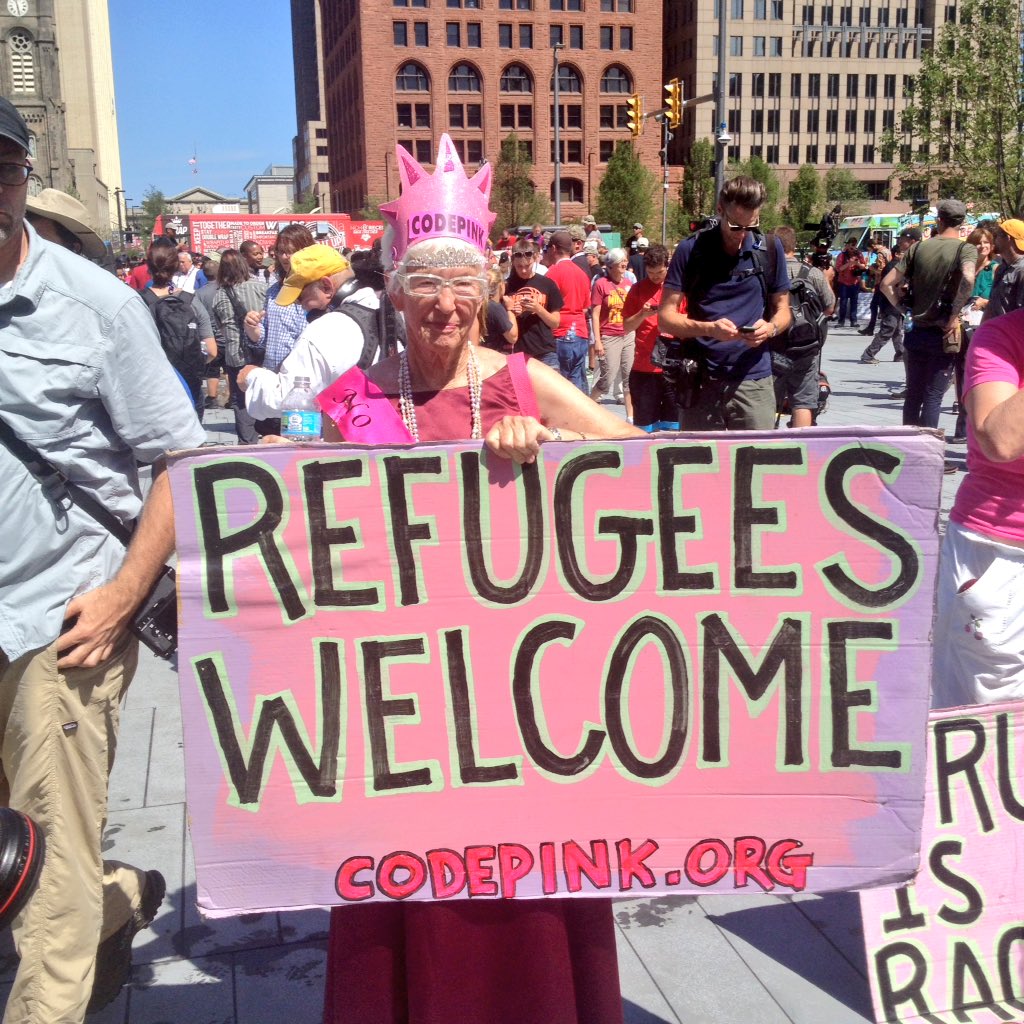 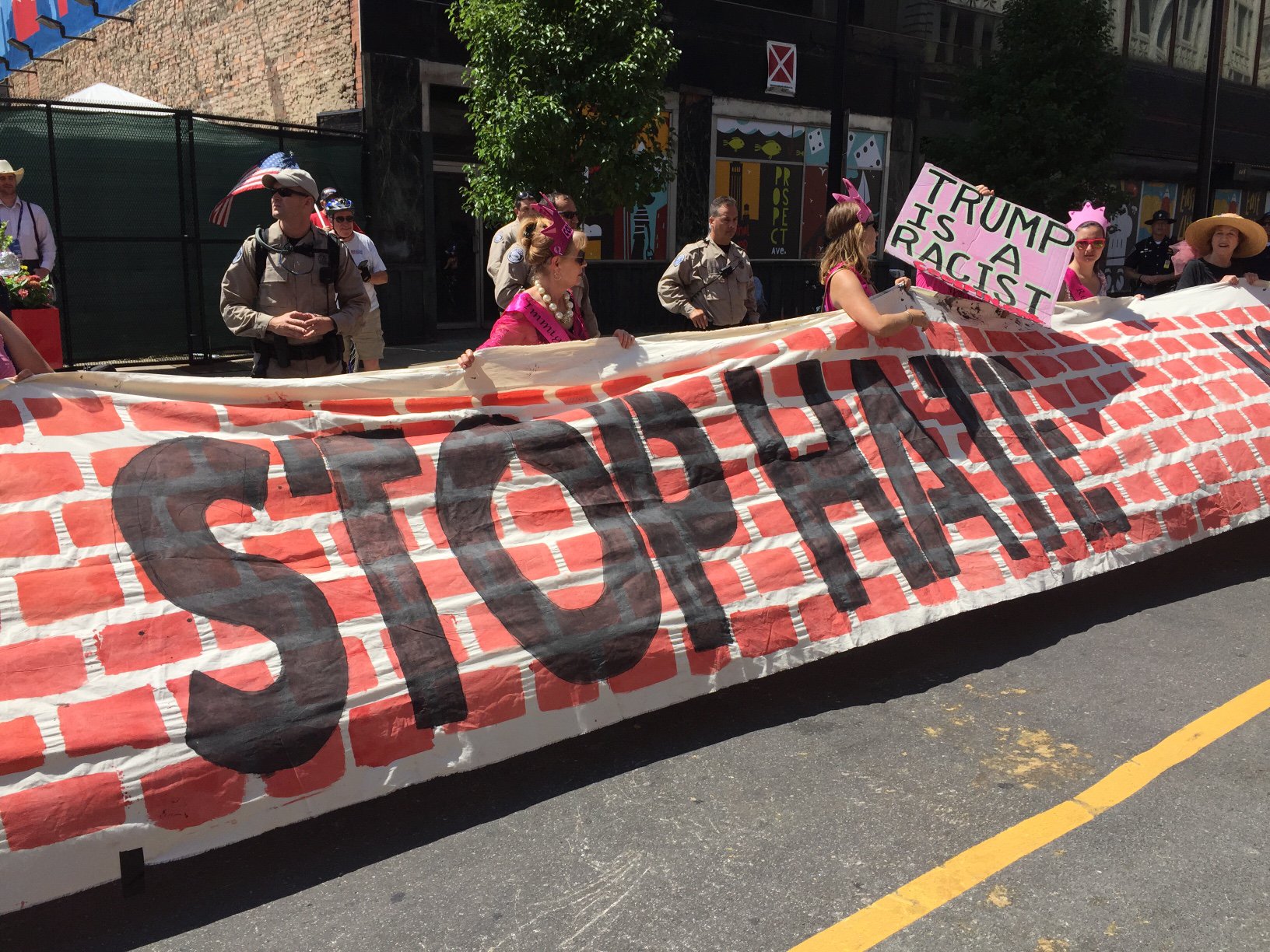