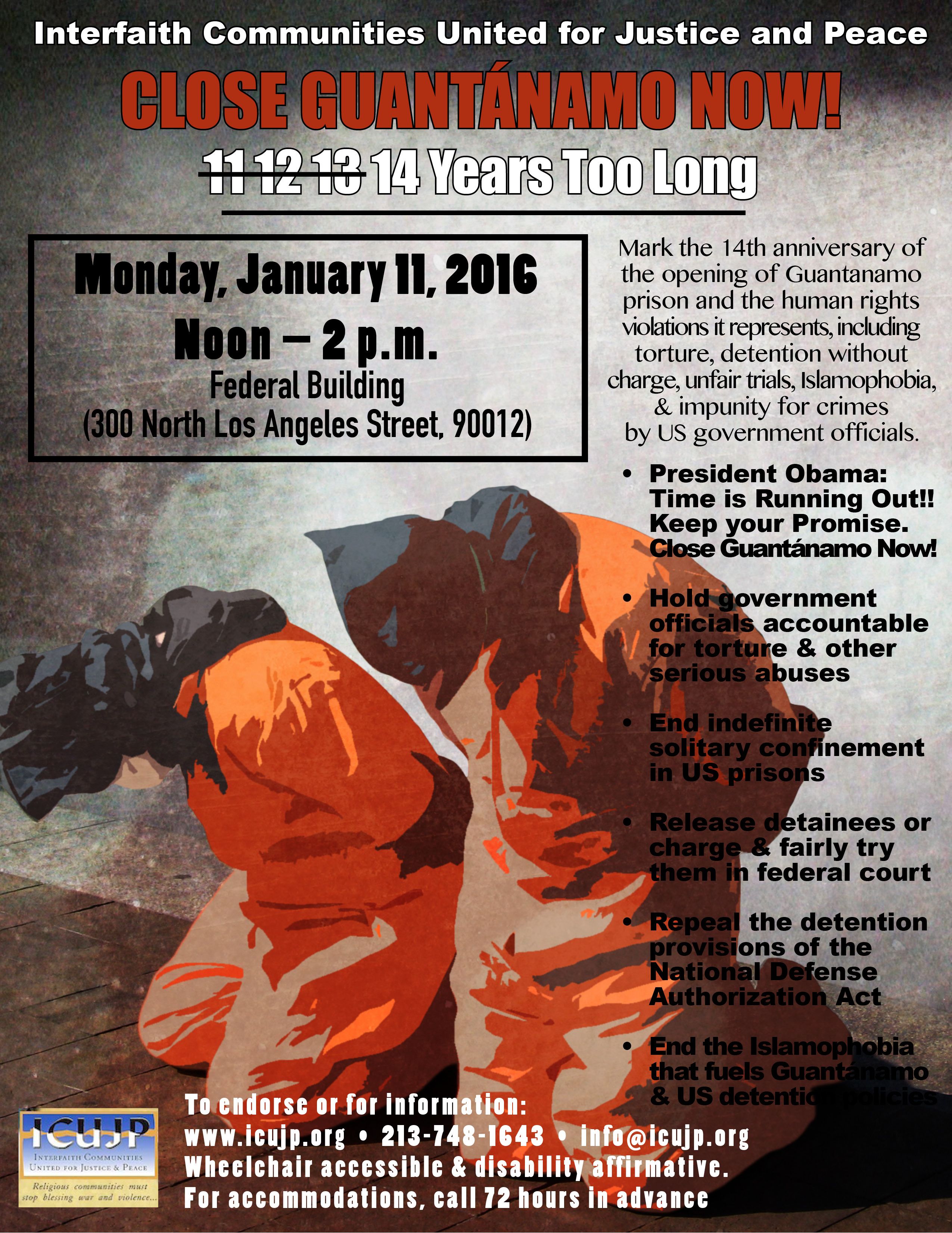 Next week, CODEPINK LA will be in action demanding justice and protesting human rights violations from the torture at Guantanamo Bay to the illegal Israeli settlements in Palestine. Join us in action!

Monday, January 11th marks the 14th year since the opening of the US Prison facility at Guantanamo Bay. More than 700 people have been held in Guantanamo and many have been released without charge. Countless acts of torture, extreme physical and psychological violence, unfair trials, Islamophobia, and impunity for crimes by US government officials have gone on for too long. This is a gross injustice to human rights and dignity and it must end now.

Where: Downtown Federal Building at 300 North Los Angeles Street (90012)
When: 12 noon - 2 p.m.
What to expect: There will be a tableau of hooded, jumpsuited prisoners, speakers from progressive organizations and local attorneys who represent prisoners in Guantanamo.

Thursday, January 14th - the entire CODEPINK national team will gather to call on Re/Max to end their policy of selling houses in illegal Israeli settlements in the West Bank with a visit to their office and a banner hang over the freeway.