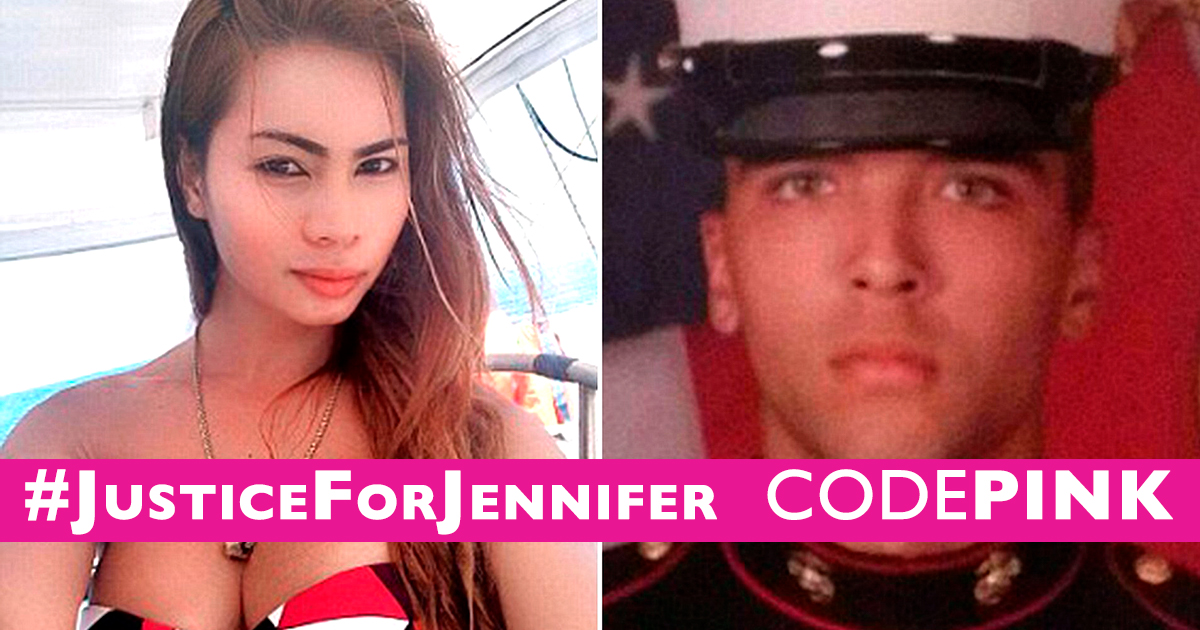 Six years ago, Filipina woman Jennifer Laude was murdered by US marine Joseph Scott Pemberton while he was stationed in the Philippines. In September 2020, Pemberton walked free. This incident symbolizes not only the violence against women inherent to U.S. militarism but also the impunity that friendly overseas regimes award the United States—even when doing so works against the safety and sovereignty of their own people.

We can turn our outrage and sorrow for Jennifer Laude into action: The Philippine Human Rights Act was just introduced in Congress and would “suspend United States security assistance to the Philippines until such time as human rights violations by Philippine security forces cease and the responsible state forces are held accountable.”

Act now to tell Congress to pass the Philippine Human Rights Act and end the violent military alliance between the US and Philippine governments. 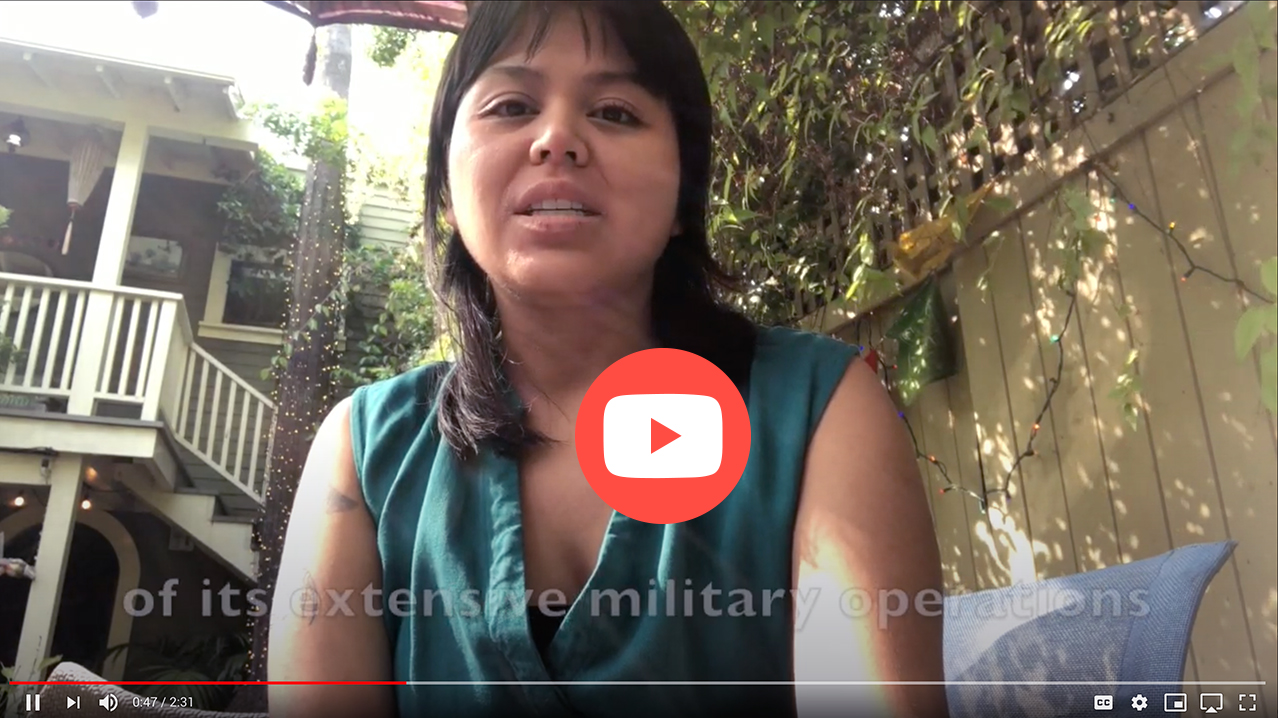 US military support for the government of the Philippines has led to assaults against women, drone strikes against rural peasant and indigenous communities, violent crackdowns on worker and student mobilizations, and extrajudicial killings against human rights defenders. A recently signed Anti-Terror Law has given Philippine military and police near full legal immunity to target anyone for any reason, in many cases using U.S.-made weapons to carry out this violence. The Duterte regime has targeted peace consultants of the revolutionary movement who have worked tirelessly to negotiate conditions for peace with the US-backed government.

Targeted killing of peace consultants is the opposite of working for genuine peace! Take action and tell Congress to stop US tax dollars from being used for military support and pass the Philippine Human Rights Act!

As the 2020 election inches ever closer, it is more crucial than ever that we send a clear message to Congress that they should stop using our tax dollars to support human rights violations in the Philippines.

It is our duty as US taxpayers to assert our values and ensure an end to killings such as what happened to Jennifer Laude. Tell Congress to pass the Philippine Human Rights Act!

PS. If you want to fight for the divestment of weapons in your day to day life, our CODEPINK store still has plenty of Imagine a World Without Weapons shirts!