Just one week in the halls of Congress and streets of DC! 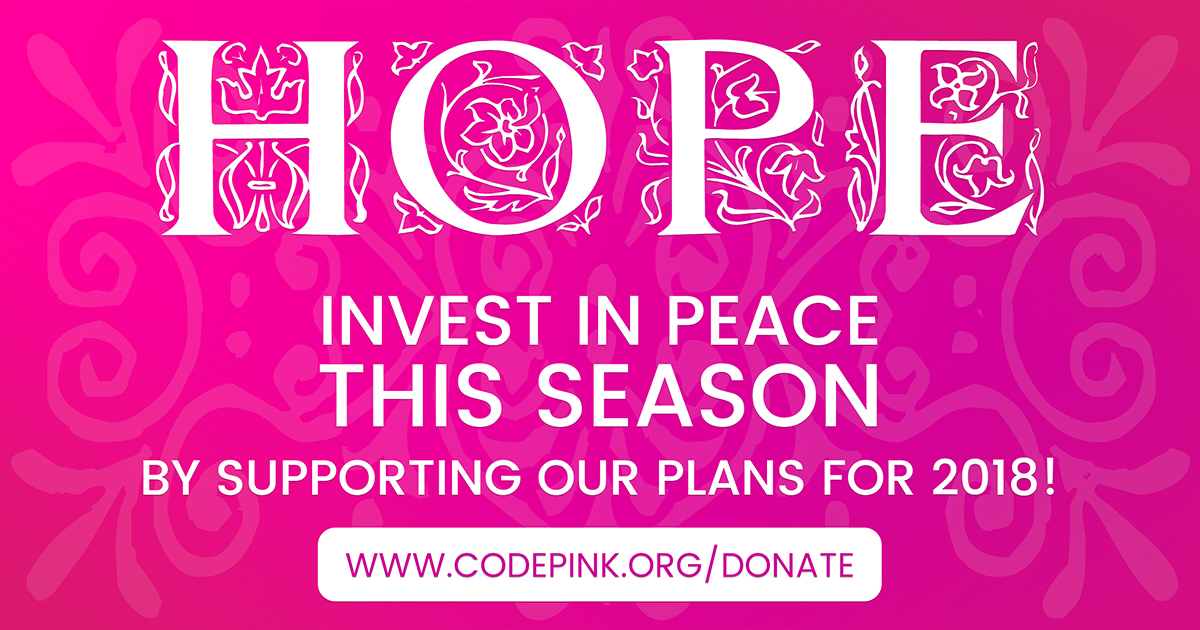 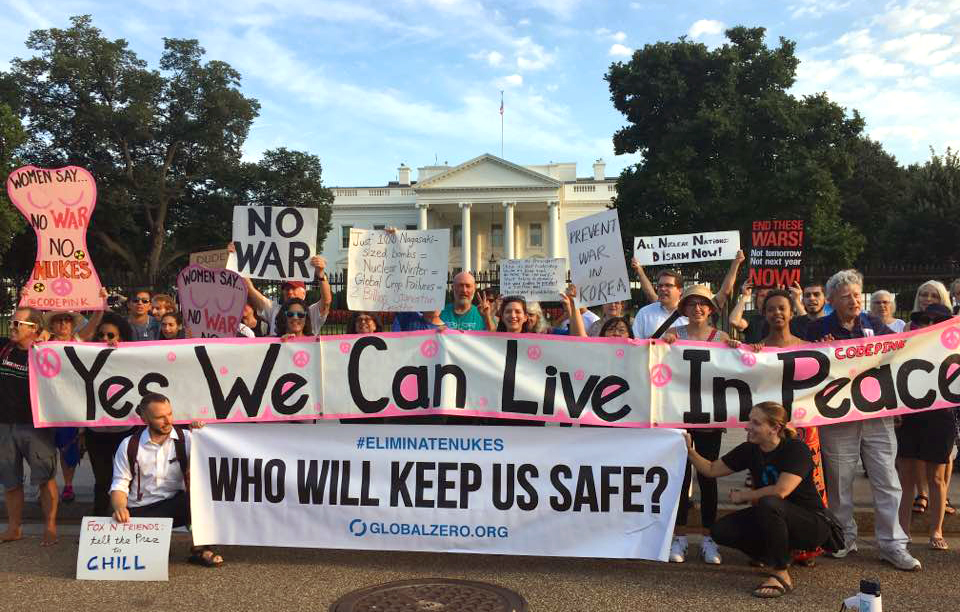 The Trump administration has spent this past year escalating wars abroad, and hatred and violence here at home. So we have spent the year, as in past years, in the streets and halls of Congress. This week we protested at Saudi consulates across the country and at Congress, calling for an end to the US-supported Saudi war on Yemen.

We are always on the front lines to challenge the war machine, and we’ll continue to do so in 2018.

That’s why we’re asking you to support our work in the coming year by donating to CODEPINK! 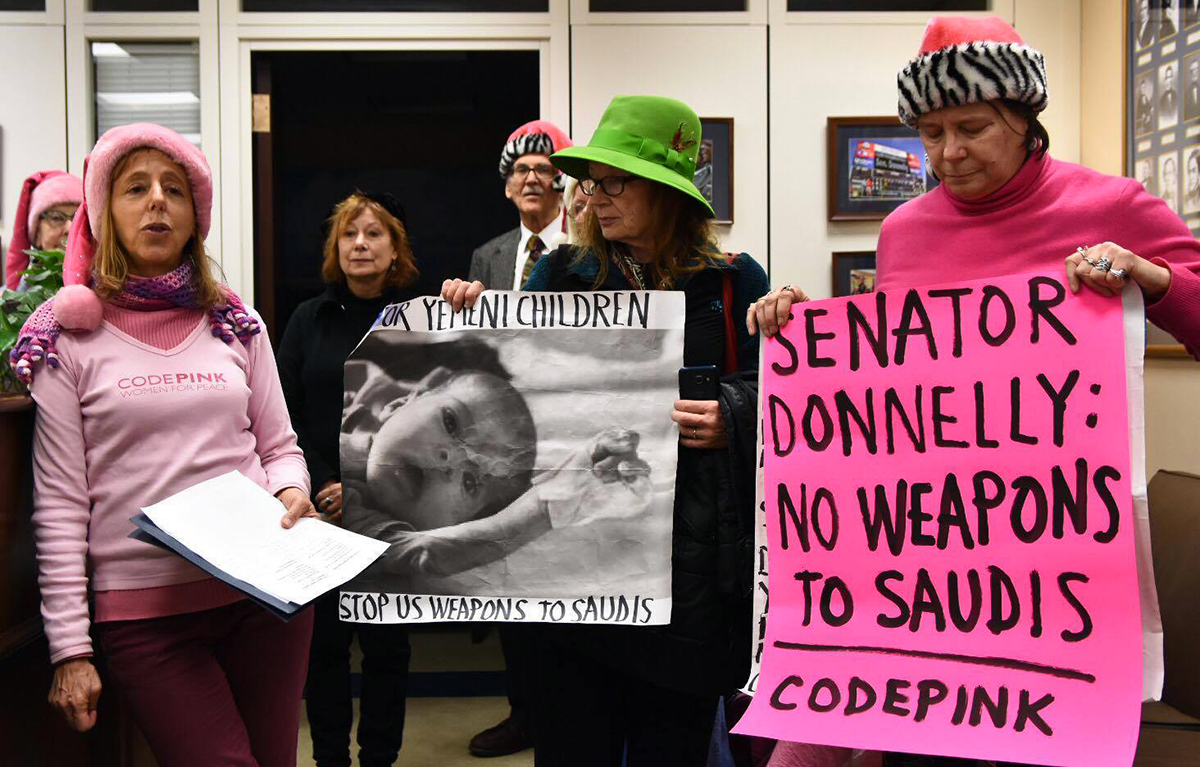 In New York City, 14 activists were arrested in  front of the Saudi and US Missions to the UN while holding signs reading “Let Yemen Live” and “Stop Bombing Yemen.” In Houston, Texas and Los Angeles, we held protests in front of the Consulates of Saudi Arabia. In Washington, DC we sang anti-war Christmas carols in the offices of five Democratic Senators who voted in favor of US weapons sales to the Saudi regime: Mark Warner (VA), Claire McCaskill (MI), Joe Manchin (WV), Bill Nelson (FL) and Joe Donnelly (IN).

We also organized a rally at the Honduras Consulate against stolen elections in Honduras, joined in the FCC, tax plan and Dreamers protests, held a teach-in on Trump’s announcement on Jerusalem, and hosted visiting activists in our DC CODEPINK house. And that's just in one week!

By supporting CODEPINK, you will be helping us crank up the volume even more in 2018. More marches in the streets and more beautiful trouble in the halls of Congress. Please support CODEPINK with a tax-deductible year-end donation today!