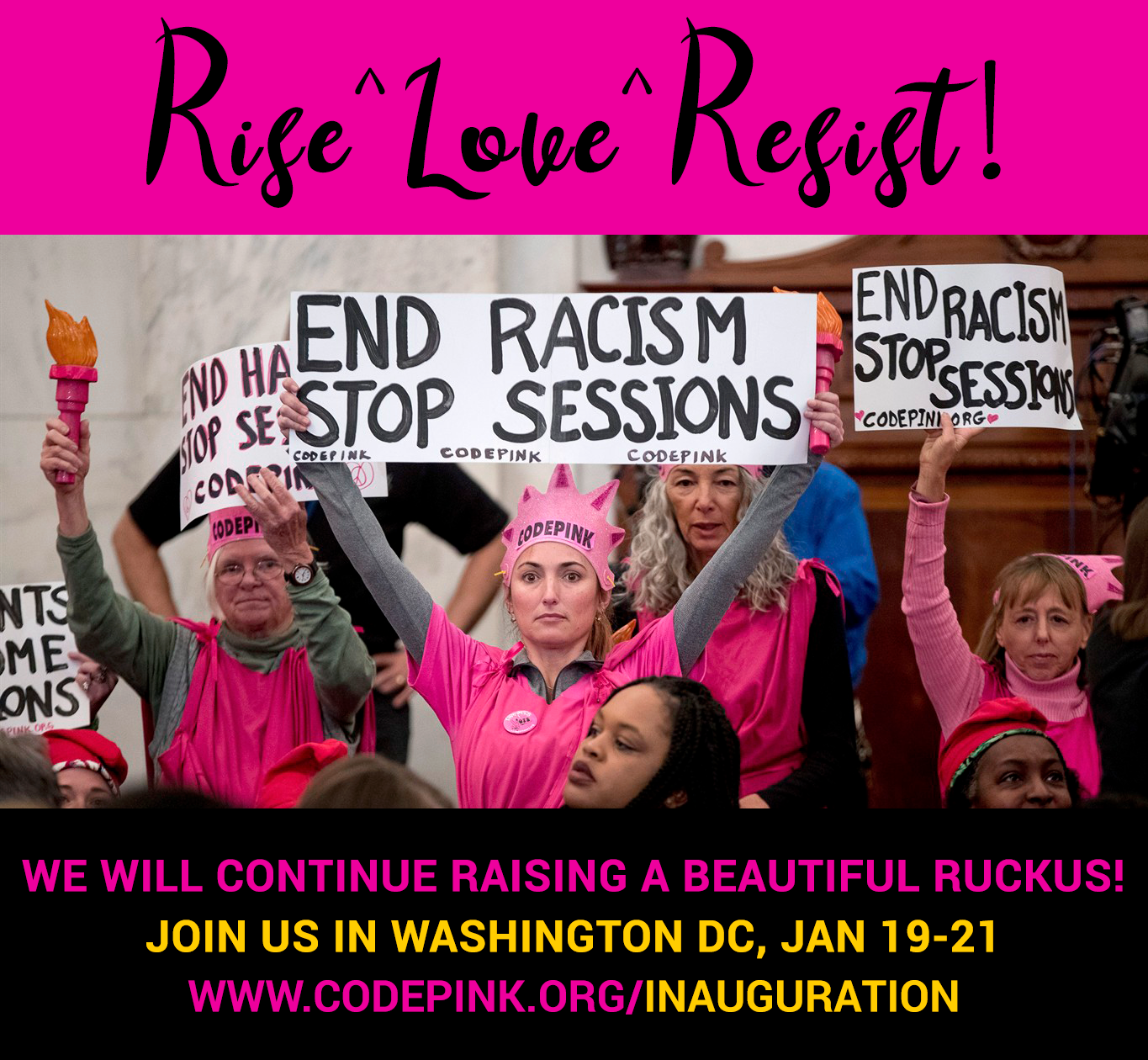 We were appalled when President-elect Donald Trump nominated Jeff Sessions, a blatant racist, to be our next US Attorney General. Sessions opposes criminal justice reform, supports voter repression, and even voted against the Violence Against Women Act! As his confirmation hearing began, we were there in beautiful color, holding signs of End Islamophobia, Stop Sessions, Support LGBTQ Rights, Immigrants Welcome, and End Racism.

We will be continuing to bring this same message as we disrupt business as usual, disrupting the Inaugural, inside and out. Sign up to join us January 19-21 to Rise, Love, and Resist Trump’s incoming administration of intolerance, Islamophobia, racism, militarism, misogyny, and more.

On inauguration day, we will begin at 7 am at Union Station and will start off with the One Billion Rising flash mob dance. We will rise, love, resist, and dance to break the chains of rape culture, hatred, patriarchy, militarism, and violence. We will do all we can to disrupt the Inauguration; to say we will not stand with all forms of hate, racism, Islamaphobia and misogyny but will be accomplices with the most vulnerable among us have been threatened by the new Administration. Outside the inaugural balls and during the Women’s March on Washington, we will wear pussy hats, carry hearts, and create vibrant beauty to show our power to create the world we want to live in. Check out a full schedule of our inauguration activities and sign up to join us! 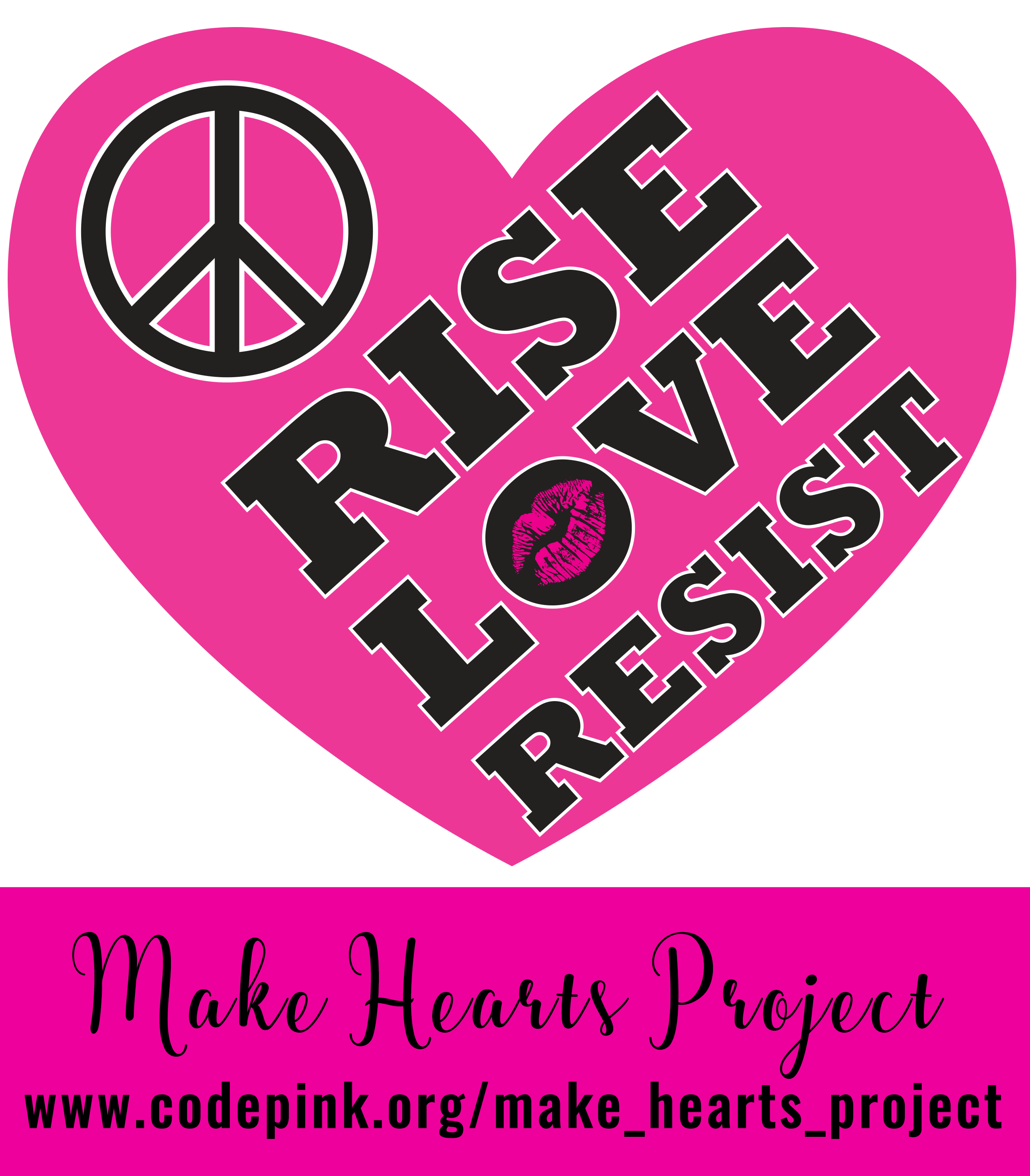 The next day, we will be joining the Women’s Marches in DC, New York City, Los Angeles, San Francisco, Las Vegas, Asheville, NC and Chicago. We will Rise, Love, and Resist together, and grow the connections we need build the world we want. Join us! Check out our visuals and messaging. Would you like to be the local contact for the CODEPINK contingency for the Women’s March in your community? For more information and support, please contact [email protected].

PS. We spent last week in the halls of Congress raising a beautiful ruckus!. Check out the media coverage of our actions for peace. Also, don't forget to order tickets to the Peaceball, as well as pink gear for the march from our CODEPINK Store — we have lots of new tee-shirts!