Issa Amro arrested by the PA! 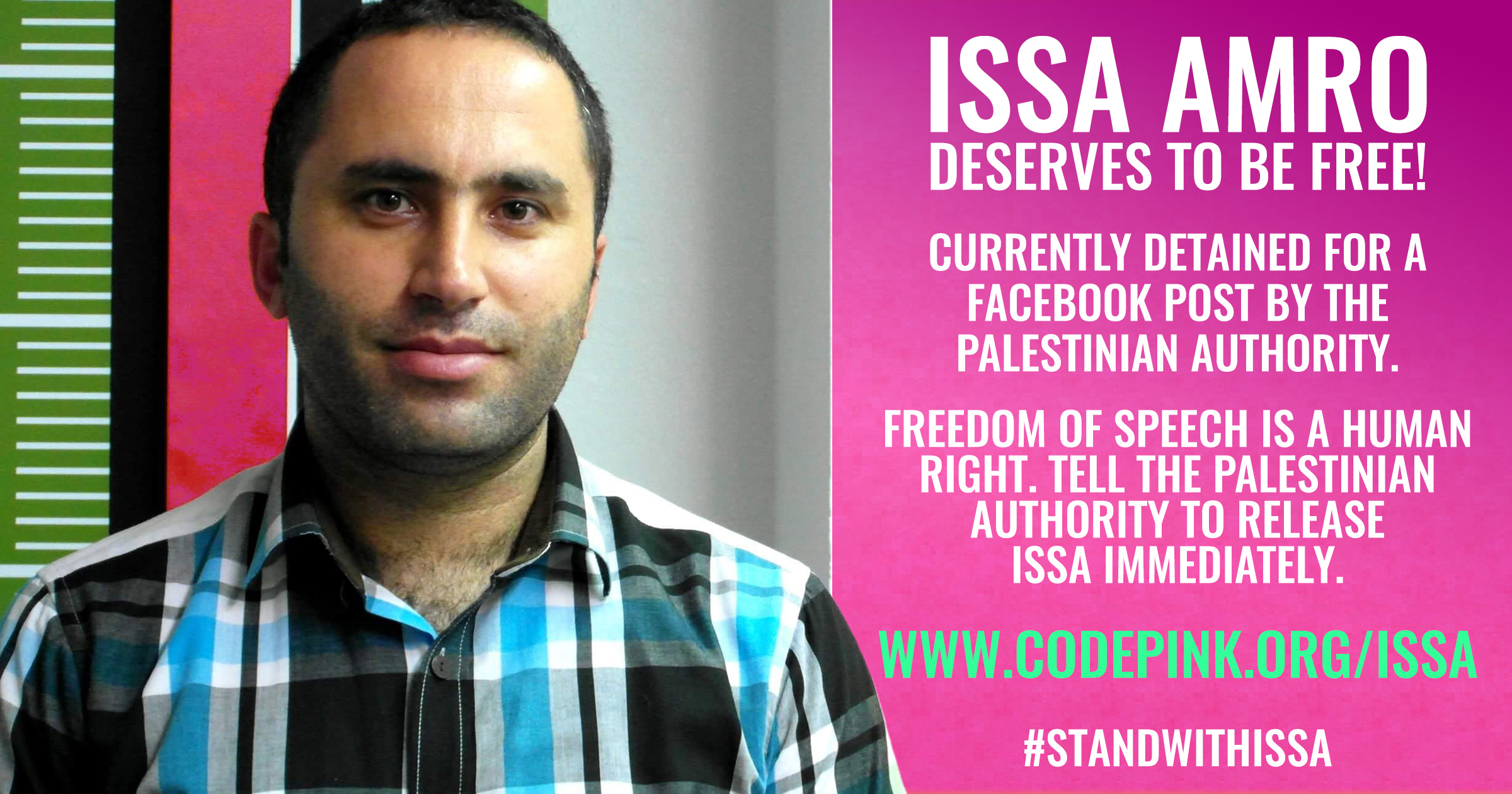 Issa is currently sitting in a PA detention facility. He was beaten during interrogation. He is being detained in filthy conditions.

Email Palestinian Authority delegation to the US. Tell them to release Issa immediately!

Issa's family is not allowed to visit him. They are not even allowed to attend his court hearings. International diplomats, media and supporters are banned. The PA says it will be a secret trial. Human rights groups and the UN are calling for Issa to be released. Nine members of Congress have sent a letter to President Mahmoud Abbas calling the charges baseless and asking for Issa’s release.

Freedom of speech should be commended, not criminalized. Tell the Palestinian Authority to release Issa immediately.

P.S. Join us tomorrow, Saturday, September 9, 2-4pm ET for a Twitter Storm in support of Issa. Use the hashtag #StandWithIssa. Join us Tuesdayin front of the PA office in Washington DC to protest Issa’s imprisonment.