Israeli surveillance at the US-Mexico border? 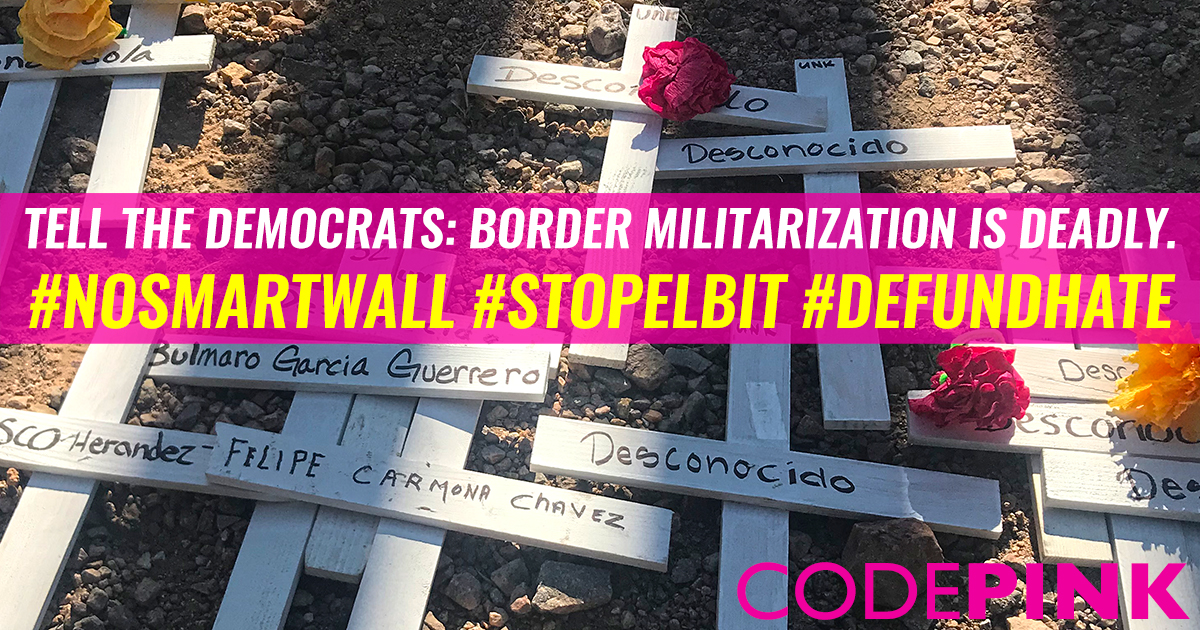 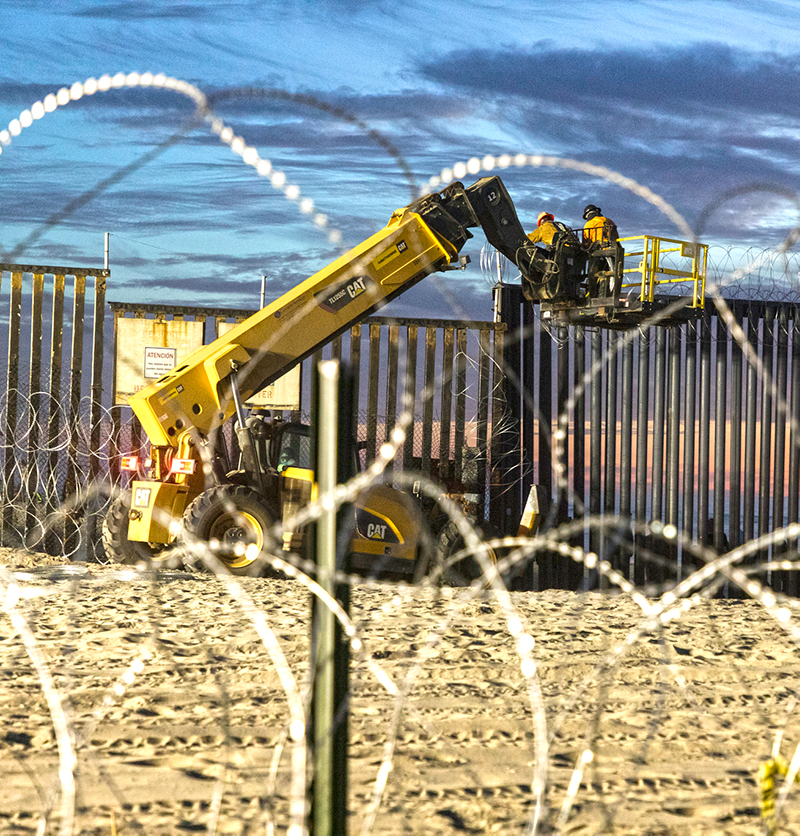 There is a moral battle raging in Congress. On one side, progressive leaders like Alexandria Ocasio Cortez, Ilhan Omar, and Rashida Tlaib are calling for the abolition of ICE and saying that borders are a product of colonization. On the other, Democrats are repeating the racist language of border “security” by offering Trump $5.7 billion in funding for a so-called “smart” wall and border surveillance.

Guess who is first in the running to supply Trump’s “smart” wall? None other than Israel’s largest weapons company Elbit Systems. Tell Democrats in Congress: Do not give in to President Trump’s agenda of hate. Reject any more funding for border enforcement, including money for a “smart” wall and more funding for Immigration and Customs Enforcement.

“Smart” wall and border surveillance is coded language for militarization of the border and the criminalization of migrants. Migration is natural. Borders are not. Whether it’s Trump’s original concrete wall, his new steel slat wall, or the Democrat’s “smart” wall, where there are borders, there will be death and repression. Calls for “border security” from Democrats feed into Trump’s white supremacist, anti-immigrant rhetoric and completely ignore the root causes of migration in the Americas — violence and hardship caused by US policy. Following in the footsteps of Israel by building walls is an irresponsible and immoral use of US of taxpayer resources.

Surveillance technology is a lucrative business for military contractors and companies like Elbit Systems are lining up to cash in on the Congressional zeal to further militarize the US-Mexico border. Elbit drones have also been involved in every Israeli attack on Gaza and their surveillance equipment is used in Israel’s apartheid wall. In 2014, Elbit contracted for $145 million with Customs and Border Protection for sensors, cameras, radars and “Integrated Fixed Towers” in the desert along the Arizona border with Mexico. The towers are part of a border militarization policy has led to thousands and deaths in the US-Mexico borderlands since the 1990s.

From Palestine to Mexico, Elbit profits from death and repression at the border — violence that Republicans and Democrats tacitly support when they call for more so-called "border security." We must begin to dismantle this apparatus of government violence by calling on Congress to defund ICE and deny funding for any further border militarization. 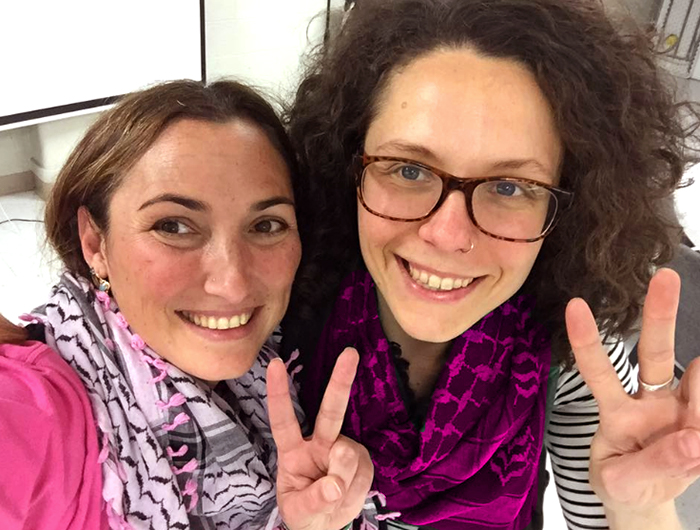