Is the media going to side with Trump? 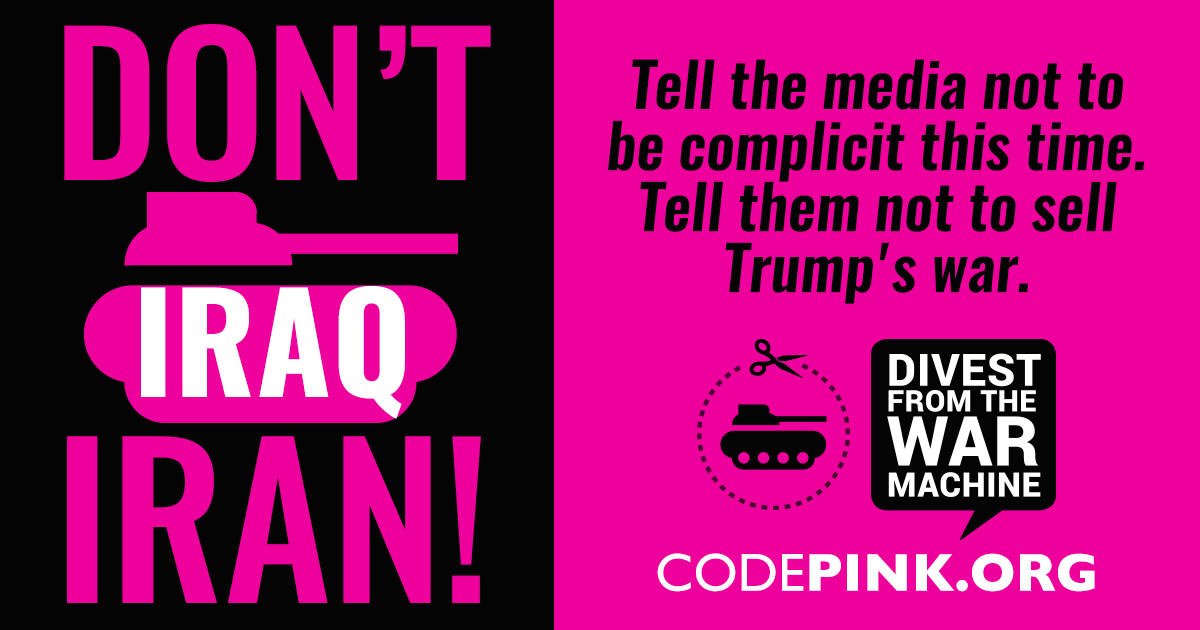 We are off to a terrible start. Today President Trump addressed the United Nations General Assembly. He praised Saudi Arabia, doubled down on his decision to move the US embassy to Jerusalem and went on the attack against Iran. Tomorrow we expect it to get even worse when he chairs the United Nations Security Council. We expect he will continue to lambast Iran, using the same rhetoric that may well lead to war.

What we need now is an educated public who will stand up the to absurd claims by the Trump administration that Iran poses a threat to the United States. In the lead up to the war in Iraq 15 years ago, the press failed us by spreading President Bush’s lies about Iraq possessing weapons of mass destruction. Are they going to do it again with Iran? Add your name to our letter to the New York Times and Washington Post demanding they debunk Trump as he beats the drums of war.

We see what is happening. Trump is trying to take us into war. He tore up the Iran deal, despite the fact that Iran was adhering to it and despite the wishes of the other countries that were signatories to it. Now he is imposing draconian sanctions that are hurting the Iranian people.

Join us in appealing to the NY Times and Washington Post, as leaders of the US media: Urge them to report accurately that Iran is not a threat to the US, that it was wrong for Trump to leave the nuclear deal and that we need diplomacy, not war. Don’t let Trump do in Iran what Bush did in Iraq.

Did you see my disruption of US Special Representative for Iran Brian Hook? It is part of our new campaign to send social media messages of friendship and support to the people of Iran. Join us by creating a video of yourself telling the people of Iran that you want to be friends and spread a message of peace. You can even try to do it in Persian. Go to our page to learn how to say “I want to be friends” in Persian. Then send us the video by email or post it on social media with the hashtag #PeaceWithIran.

So much is at stake if we let Trump take us into war with Iran. Iraq is still suffering from the death, destruction and destabilization we caused there over a decade ago. We must act now to stop the next war!

Towards peace and diplomacy,
Medea and the entire CODEPINK