In the Wake of Orlando, What's Next for Chicago? 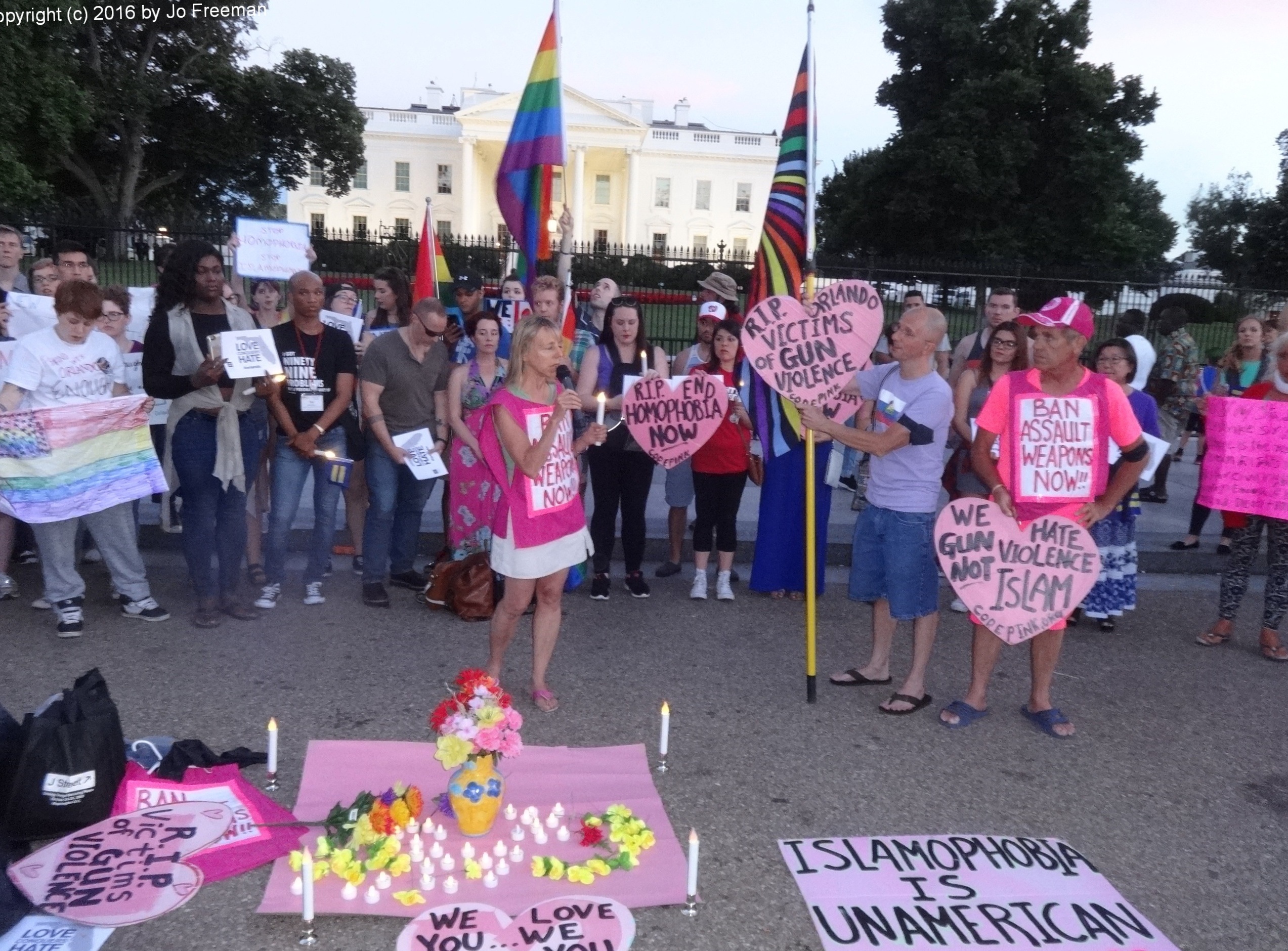 The tragedy in Orlando weighs on our minds and hearts. We stand in solidarity with the LGBTQ and Muslim communities.

As I plan for the People's Summit and CODEPINK convergence on Friday, June 17, I’ve heard from so many people that the victims and their family and friends of the Orlando massacre are in their thoughts and prayers. With all due respect, words are no longer enough. Medea Benjamin asks: “What are we going to do about this? How are we going to stop the hate???”
Locally, there have been vigils in support of the LGBTQ and Muslim communities as well as the Orlando victims, families, and friends. That’s a great start. What’s next? What can we do to support the work of these communities and our fellow activists? Perhaps together we can make some concrete plans to support our LGBTQ and Muslim brothers and sisters.
In Chicago this Friday (June 17), we have the rare and amazing opportunity to meet and plan with three of the fiercest women in the peace and social justice movement… Medea Benjamin, Jodie Evans, and Chelsea Byers. Join us as we strategize with the best (that includes YOU) in the activist community. Join us in fellowship. Join us for the CODEPINK Convergence from 3 to 5pm at the AFSC offices, 635 S. Dearborn 3rd Floor in Chicago.
Let’s work together so that what happened in Orlando never happens again.
With peace and love,
Pat Hunt
Chicago Area CodePINK

PS: The National Rifle Association has long been impeding meaningful gun reform that could prevent these massacres from happening, so CODEPINK DC is going right to their front doorstep in Virginia on Monday to say ENOUGH! Can you join them? Or can you help victims of gun violence make it to the vigil by donating to CODEPINK?