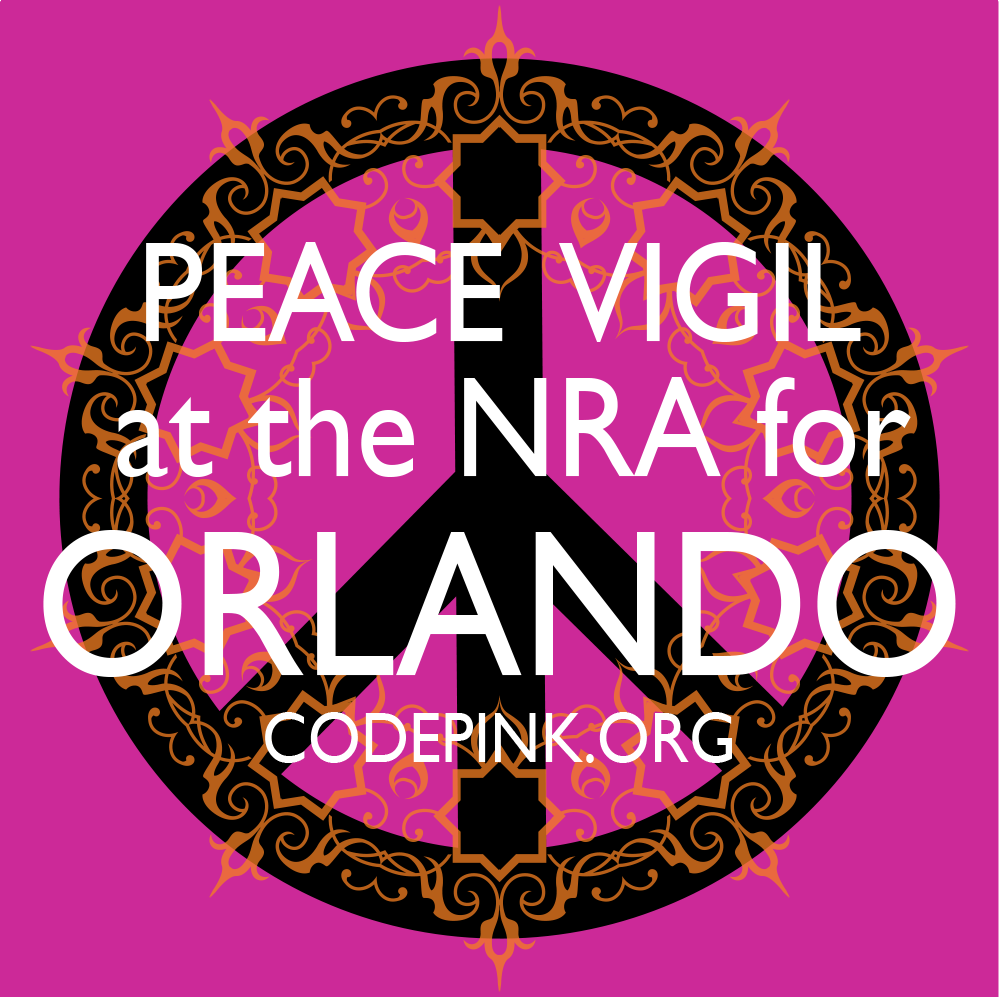 This Monday, June 20, CODEPINK and a diverse coalition are organizing an overnight peace vigil in front of the NRA to honor the 49 people killed and 53 injured in the tragic mass shooting this past weekend in Orlando and call for a ban on assault weapons. We will have 49 hearts to honor those slain in the horrific act, and will have individuals volunteer to represent these lives that were ended too soon. We will be joined by representatives of Muslim groups, LGBTQ groups, anti-gun violence organizations, mothers who have lost children to gun violence, peace groups, and individuals who have been directly affected by the epidemic of gun violence in this country.

We will have an Iftar Ramadan meal at sundown provided by DC's own Busboys & Poets with our Muslim friends facing increased Islamophobia in the wake of the mass shooting. We will then have a speak-out for peace, a showing of the documentary Making a Killing: Guns, Greed and the NRA, and a special ceremony from 2:02am-5:00am, when the massacre and hostage-taking at the Pulse nightclub occurred. We will stay until 9am, when the NRA staff comes in to work. The NRA’s fierce lobbying against an assault weapons ban enables killers behind the shootings in Orlando, Newtown, and San Bernardino to use AR-15-type weapons.

****At 9:00am on Tuesday we will have a civil disobedience action. If you are interested in participating, please fill out this form: http://bit.ly/1WRFTU6

For more information, and to RSVP, see the Facebook event page.