Ilhan Omar pledged to refuse campaign money from weapons companies. Who will be next? 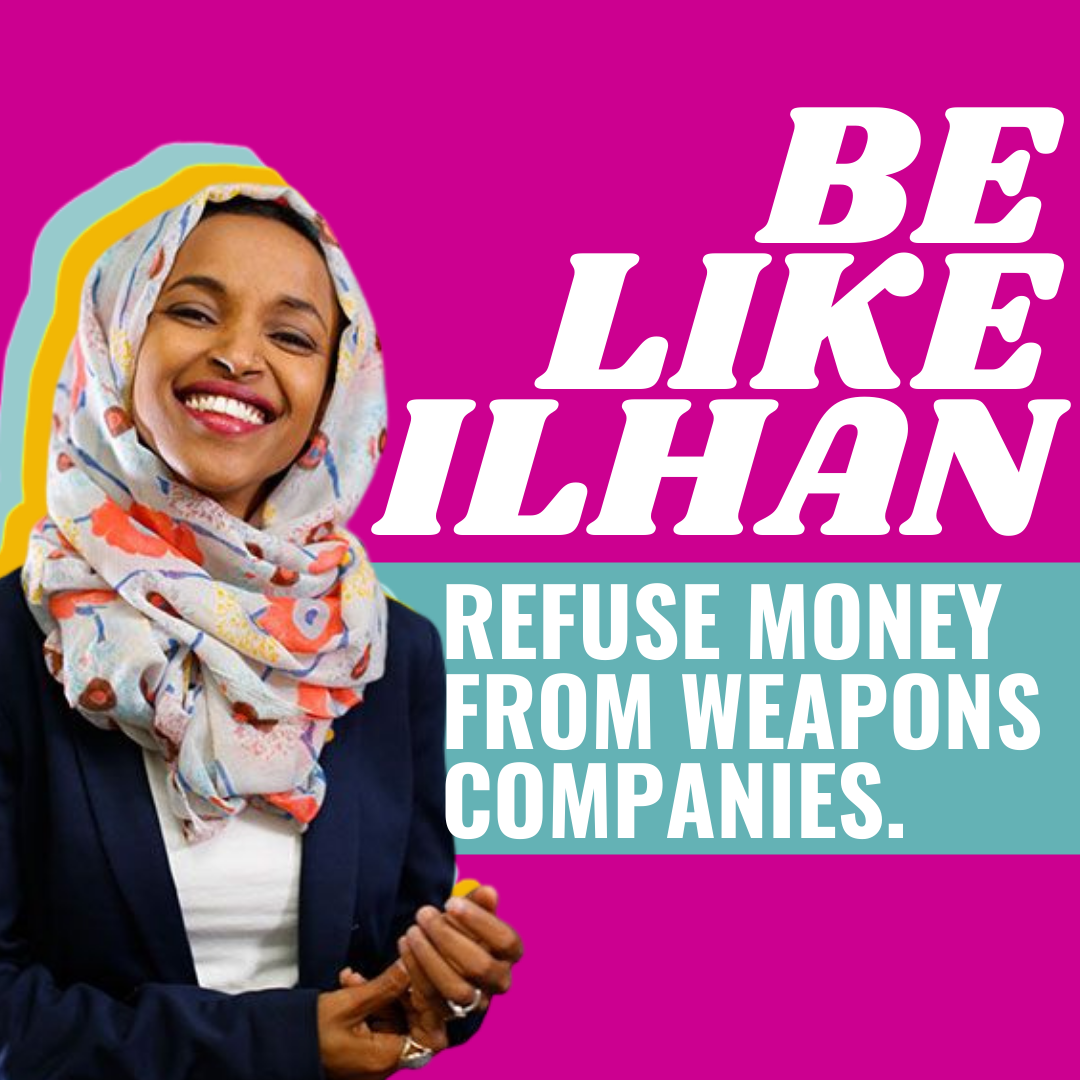 We are excited to announce that Representative Ilhan Omar just became the 13th member of Congress to sign our pledge to refuse money from weapons companies!

The new year is coming up and CODEPINK is going after arms sales in 2022—and the people in Congress who benefit from those sales. The United States is the largest exporter of weapons and is arming conflicts all over the world. Not only are weapons companies responsible for murder but their products are also responsible for environmental destruction that threatens our ability to keep living on the only planet we have. CODEPINK is launching a Call to Disarm where we will pull weapons company dollars out of politics and make sure that money stays out.

We are already winning. Tell Congress to join the other members who have signed the pledge. They need to listen to us, not their corporate donors!

Members of Congress take thousands and thousands of dollars from weapons companies, and then turn right around to hand them billions of our taxdollars. Bribery? Corruption? Conflict of interest? We think so.

And guess what? All of the members of Congress who have signed the pledge vote consistently better when it comes to issues like arms sales and war spending.

This petition will help get campaigns started in districts all over the country to pressure our Reps to refuse campaign donations from weapons manufacturers. Make sure to add your name!

Thanks to Representative Ilhan Omar signing our pledge, the people she represents in Minnesota don’t have to worry about her being beholden to those kinds of companies. In Chicago, my representative Mike Quigley takes thousands of dollars from Boeing, Lockheed Martin, and Raytheon. Naturally, we are standing outside his office telling all his constituents about it and demanding he do the right thing: sign the pledge and listen to us, not his campaign donors! 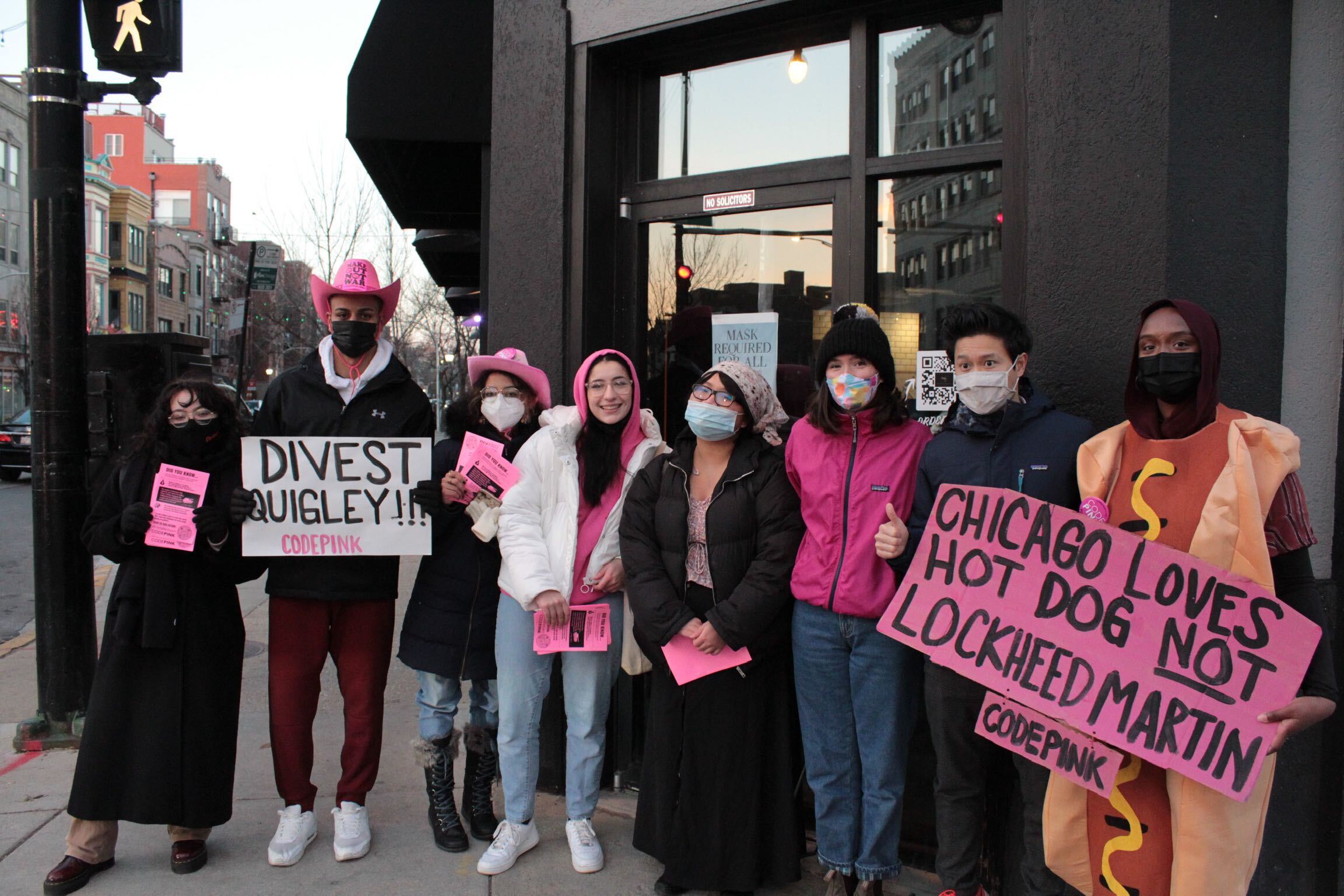 This campaign is key to ALL other war resistance efforts in Congress. Dirty money in politics prevents us from cutting the Pentagon budget, stopping arms sales, and stopping wars. As long as Congresspeople are taking campaign money from the very companies that benefit from war, our issues will be harder and harder to push. It’s time we change that. Join us.