I am frankly frightened 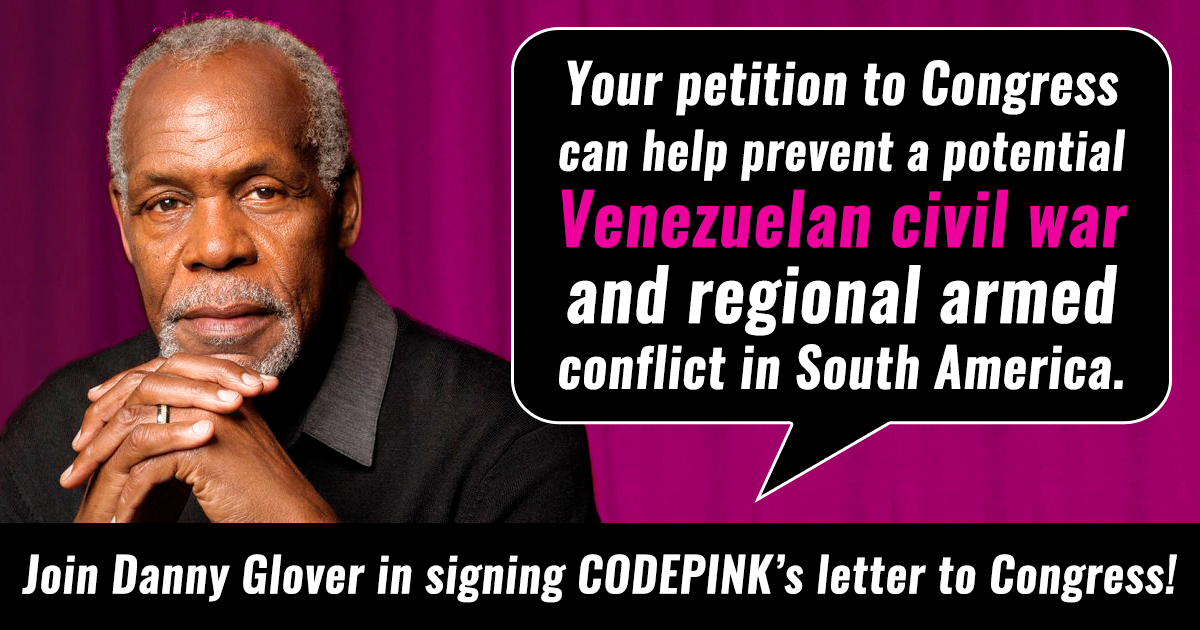 I am frankly frightened by the U. S. Government’s dangerous bellicose backing of a coup in Venezuela. Sidestepping respectful, peaceful mediation among the divided citizenry can easily result in more human suffering, violence, and instability. Thankfully, two initiatives are underway in Congress to promote a peaceful solution:

Representatives Ro Khanna and Pramila Jayapal have penned a Dear Colleague letter addressing the harm US sanctions are having on the Venezuelan people and the need for dialogue facilitated by Mexico, Uruguay, and the Pope, and Representative David Cicilline has introduced legislation making it clear to President Trump that without congressional authorization - authorization he does NOT have - he may not use military force in Venezuela.

This is urgent. Please take a moment to contact your representative in the House. Tell them to add their name to the Khanna letter and join the Cicilline’s legislation as an original co-sponsor.

National Security Advisor John Bolton - who was seen carrying a yellow note page with the words “5,000 troops to Columbia” - seems to be planning a US military intervention in Venezuela. We know all too well what happens when the US interferes in the internal affairs of another country. We should have learned something from the past regime changes orchestrated in Latin America - Guatemala, Chile, Honduras - and the Middle East - Iraq, Syria, Libya. It never works out well for the people.

Political polarization in Venezuela is not new; the country has a long history of division along racial and socioeconomic lines. Also not new are US moves to oust the Nicolás Maduro government through extra-electoral means. Sidestepping the ballot box is never a way to encourage a fair and democratic process.

Thanks for joining with me to stop our government from inflicting more misery on Venezuelan citizens. Your petition to Congress can help prevent a potential Venezuelan civil war and regional armed conflict in South America. Contact your Rep. now!

Thanks for joining with me to stop the next war! 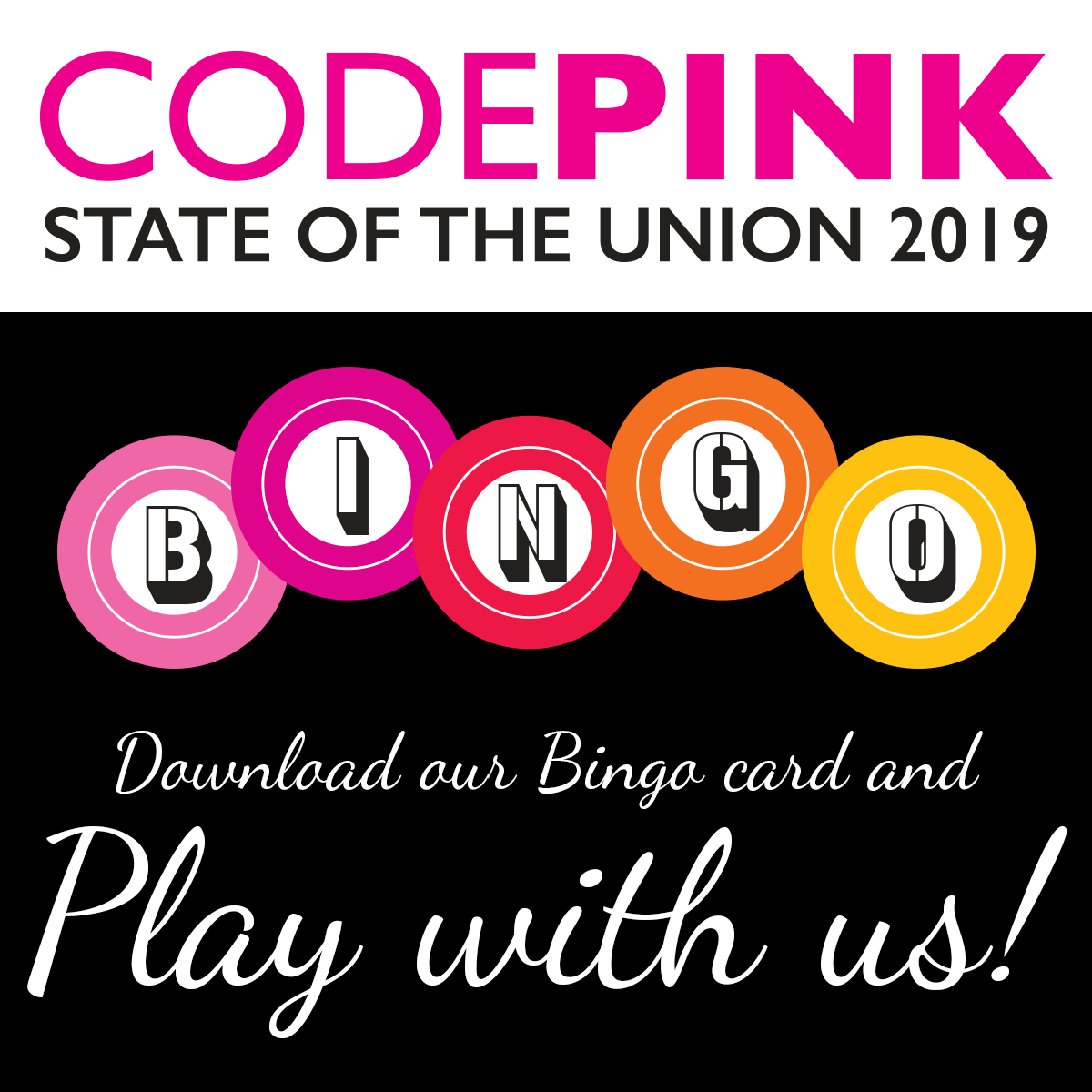 P.S. CODEPINK invites you tomorrow night to play State of the Union bingo (download the custom bingo card here) with them. If you're in DC, I will be at the CODEPINK-Busboys and Poets State of the Union watch party along with cultural educator James Early. Come early to get a seat.