How would YOU make the world safer? 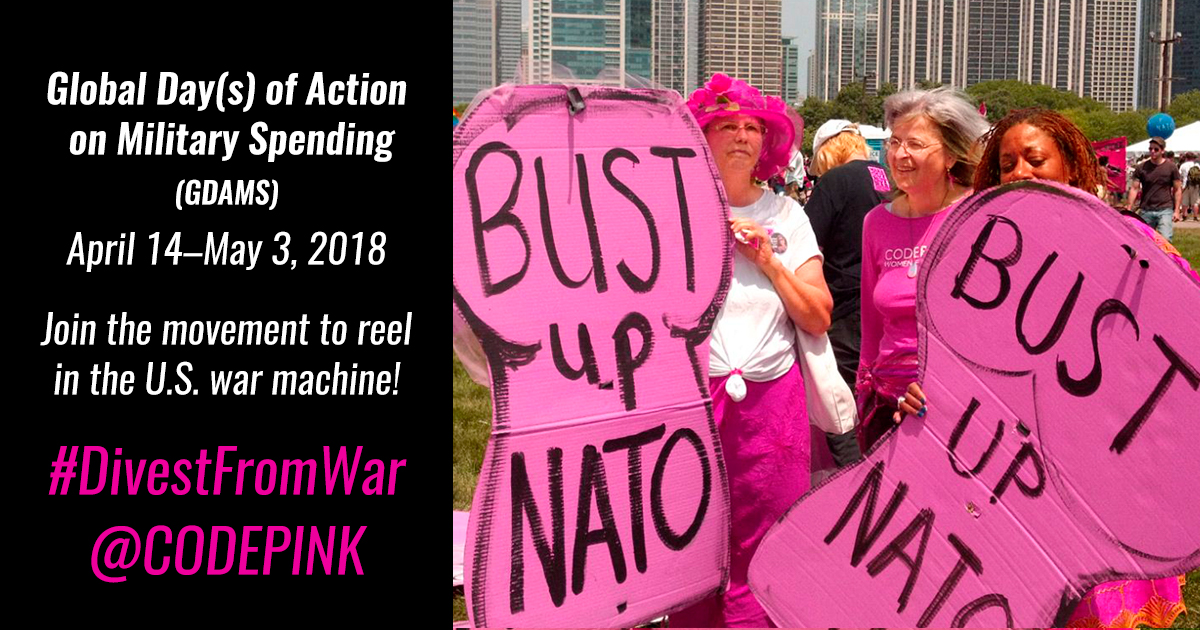 Join CODEPINK and organizations around the world to take a stand against military spending. While Washington continues to increase funding for the Pentagon, it is slashing essential services like clean water, schools, and infrastructure. The Global Days of Action against Military Spending (GDAMS) is an international movement to raise awareness about the massive amount of funds allocated to militaries. From April 14 - May 3, join CODEPINK online and in the streets to take action!

Where can you find us?

Do you need materials?

Are you going to plan an action in your area?

Since CODEPINK launched the Divest from the War Machine campaign in February, we and 70+ partners have been focused on moving money out of war and into peace. GDAMS 2018 is a great way to get involved in the Divest campaign; join or organize an action in your local area to demand a change in how OUR government spends OUR money.