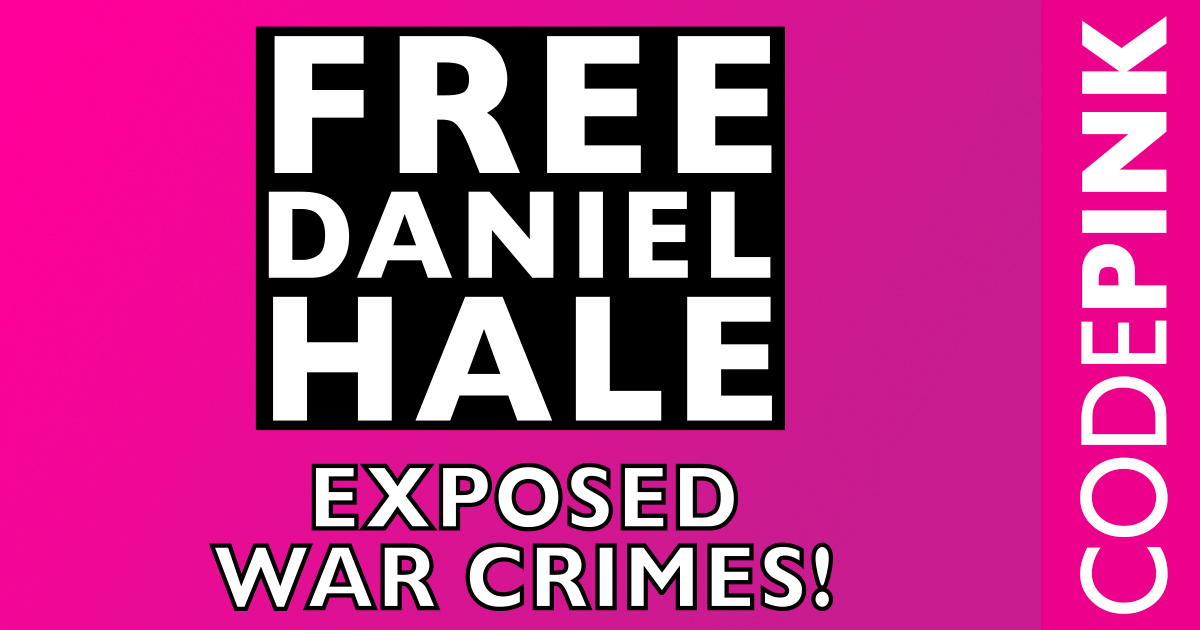 On April 28th, heroic drone whistleblower Daniel Hale, who had been free while awaiting sentencing, was arrested, jailed and placed in solitary confinement at the same prison where whistleblower Chelsea Manning attempted suicide. This happened after a psychiatrist deemed that he might be of potential harm to himself. He is now in a 15-day COVID-related solitary confinement where he is only allowed out of his cell three days a week for 45 minutes.

Former military intelligence analyst Daniel Hale pled guilty on March 31, 2021, to one charge of violating the Espionage Act after providing a journalist with classified information on the high civilian death toll resulting from US drone strikes.

Without Daniel, we would not have  ironclad evidence that the US drone program has killed so many civilians--according to Daniel, 90 percent of those killed in drone strikes during a 5-month period were not the intended targets. We also have proof of deliberate strikes on first responders, e.g. ambulance crews, as well as the targeting of individuals whose “patterns“ supposedly resemble terrorists.

These drone strikes are not only immoral and illegal extrajudicial assassinations, but also a key reason why people join and support anti-US groups; drone strikes fuel terrorism and are counter-productive.

Daniel Hale, who suffers from post traumatic stress disorder due to his time in Afghanistan while serving in the military., is being held in solitary confinement at the same prison, Alexandria Detention Center (VA), where whistleblower Chelsea Manning attempted suicide. Hale’s pretrial incarceration amounts to cruel and unusual punishment.

Daniel is being represented by public defenders and whistleblower attorney Jesselyn Radack of whisper.exposefacts.org. For for additional information and updates, go to standwithdanielhale.org