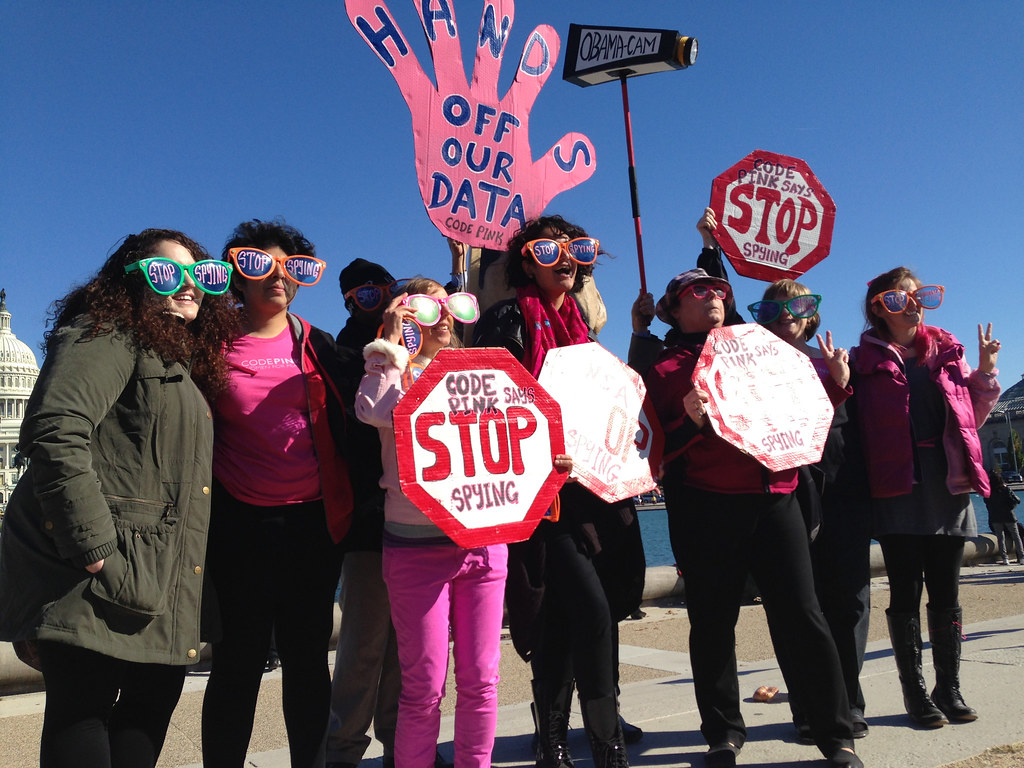 CODEPINK calls for JUSTICE for incarcerated and exiled whistleblowers who have exposed the truth. Whether it's releasing the Iraq war logs or secret documents on NSA domestic spying, the whistle-blowers seeking corporate and government transparency have endured severe consequences. CODEPINK celebrates the courage of whistleblowers Edward Snowden, Jeffery Sterling, Daniel Hale, and Jeremy Hammond. 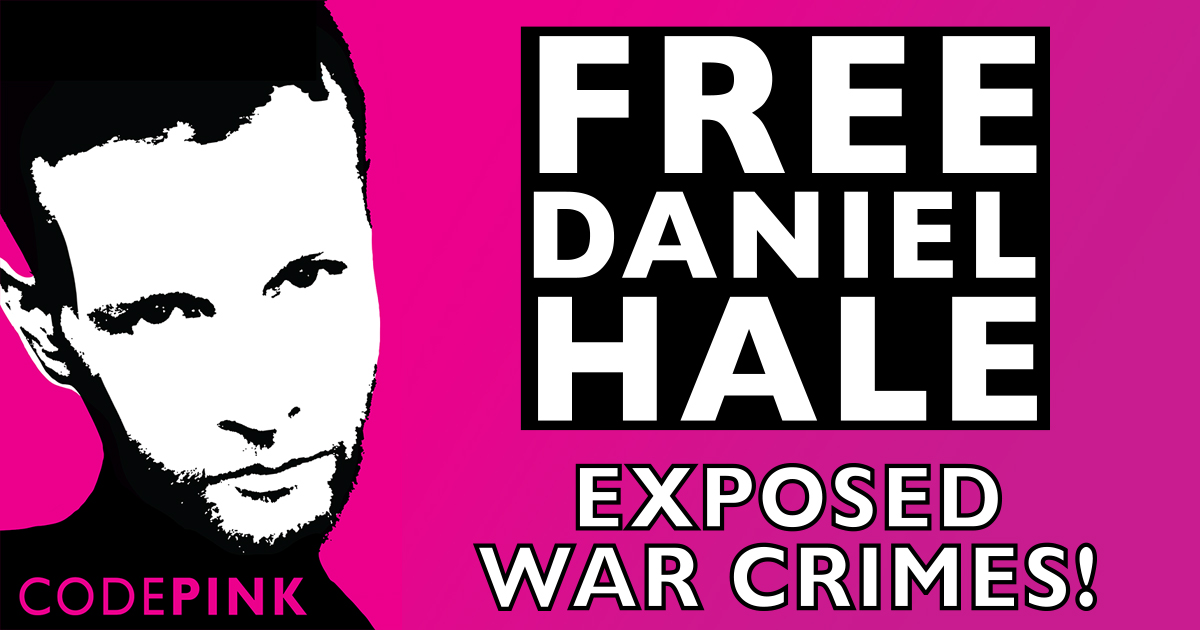 CODEPINK is calling on Judge Liam O’Grady to not give jail time to Daniel Hale, who courageously exposed the abuses of drone warfare!

Host a letter-writing potluck, picnic or party to recognize a whistleblower and celebrate truth and justice on their behalf. It’s an unfortunate reality that today whistleblowers seeking justice are incarcerated, exiled or pushed to suicide. The burdens this places on our social system and affected families are both financial and emotional. The damages this causes affects our society and our communities. Find out how to write a letter to Edward Snowden, Jeffrey Sterling or Jeremy Hammond below in the Resources section. Here are additional political prisoners to contact.

DANIEL HALE, is being severely punished for wanting to let the American public know what was being done in their name. He was accused of giving an investigative journalist truthful information about the secretive US drone warfare program, information that revealed gross human rights violations, including the fact that drones were more deadly and less accurate than the US presented publicly. In fact, this data showed that nearly 90% of those killed by drone strikes were not the intended target! Send Daniel Hale a letter of support

Edward Joseph Snowden, is a former CIA employee and National Security Administration contractor and computer specialist who leaked classified NSA documents in mid- 2013 to several media outlets including the Guardian, thus initiating the NSA Leaks. Snowden’s release of classified material has been referred to as the most significant leak in US history. According to Snowden, his “sole motive” for leaking NSA documents was “to inform the public to that which is done in their name and that which is done against them.” U.S. authorities have charged Snowden with espionage and theft of government property. He currently resides in an undisclosed location in Russia where he has temporary asylum. Follow Edward on Twitter: https://twitter.com/snowden

Jeremy Hammond, is a political activist and computer “hacktivist” with the group Anonymous. A believer in “electronic civil disobedience” as a means of fighting for social justice…” On November 15th, 2013 Hammond was sentenced to 10 years in prison for computer crimes, most notably the break-in of the systems of the U.S government intelligence contractor, Strategic Forecasting, better known as Stratfor, for leaking millions of its internal e-mails to WikiLeaks. This leak revealed, among other things, surveillance of political groups in the U.S and abroad, from Occupy Wall Street, to activists in Bhopal, India. Address: Jeremy Hammond 18729-424 FCI MANCHESTER FEDERAL CORRECTIONAL INSTITUTION P.O. BOX 4000 MANCHESTER, KY 40962