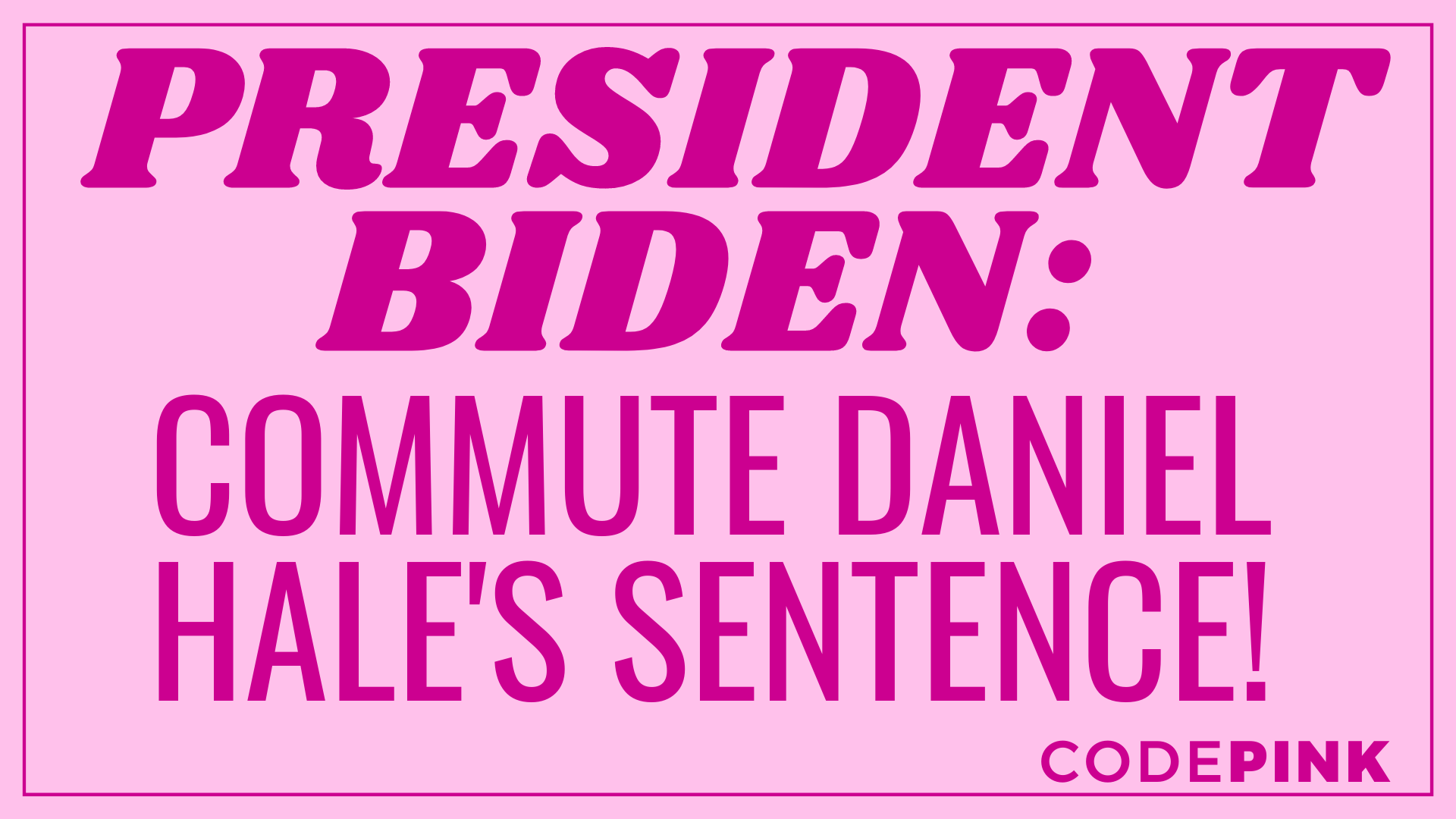 Daniel Hale was sentenced to almost four years in prison for telling the truth about drone warfare! Tell President Biden to grant him a commutation!

Find out other ways to support Daniel here.

We, the undersigned, are respectfully asking you to grant a commutated sentence to Daniel Hale. Daniel Hale pled guilty to one count of “retention and transmission of national defense information” in violation of the Espionage Act on March 31, 2021. On July 27th 2021, he was sentenced to almost four years in prison.

Daniel Hale is not a spy, a threat to society, or a bad faith actor. His revelations were not a threat to national security. If they were, the prosecution would be able to identify the harm caused directly from the information Hale made public.

While the courts have ruled that a defendant’s motive in a case related to the Espionage Act is irrelevant, we recognize that Hale’s motive was only to provide the American people with information about government misconduct. We believe that rather than harm our country, Hale’s revelations actually enhanced our democracy by providing critical information about what our government has been doing in our name. We also believe that Hale’s revelations help push our government to reassess its drone program in light of its violations of US and international law.

In a handwritten letter Daniel wrote to his judge explaining why he did what he did, Daniel said "The answer came to me, that to stop the cycle of violence, I ought to sacrifice my own life and not that of another person. So I contacted an investigative reporter with whom I had an established prior relationship and told him that I had something the American people needed to know."

Daniel being sent to prison sets a terrible example for freedom of speech and sends a message that the American public does not have a right to know about government misconduct. For the right to free speech, and for the enhancement of our democracy, please consider commuting his sentence. As of May 2022, Daniel has already spent a year behind bars.