⏰ The House Armed Services Committee is deliberating now on the Pentagon budget for 2022.

Do you want that to include BILLIONS for nuclear weapons and the Pacific Deterrence Initiative, both dangerous programs that threaten to escalate conflict with China?

Earlier this year, President Biden released his Pentagon budget proposal for 2022, which included billions in down payments for a $2 trillion dollar nuclear rearmament program, including 600 new land-based intercontinental missiles with warheads 20 times more lethal than the atomic bombs the U.S. dropped on Japan. The House Armed Services Committee has the power to reject President Biden’s dangerous recommendation, and needs to hear from you.

This costly nuclear modernization is even more alarming in the context of increasing anti-China rhetoric that inflates the threat of China as a justification for further military spending like that of the Pacific Deterrence Initiative. Instead of escalating tensions and instigating war with another nuclear power like China, the U.S. should stop spreading this deadly anti-China propaganda and invest in global peace and cooperation. 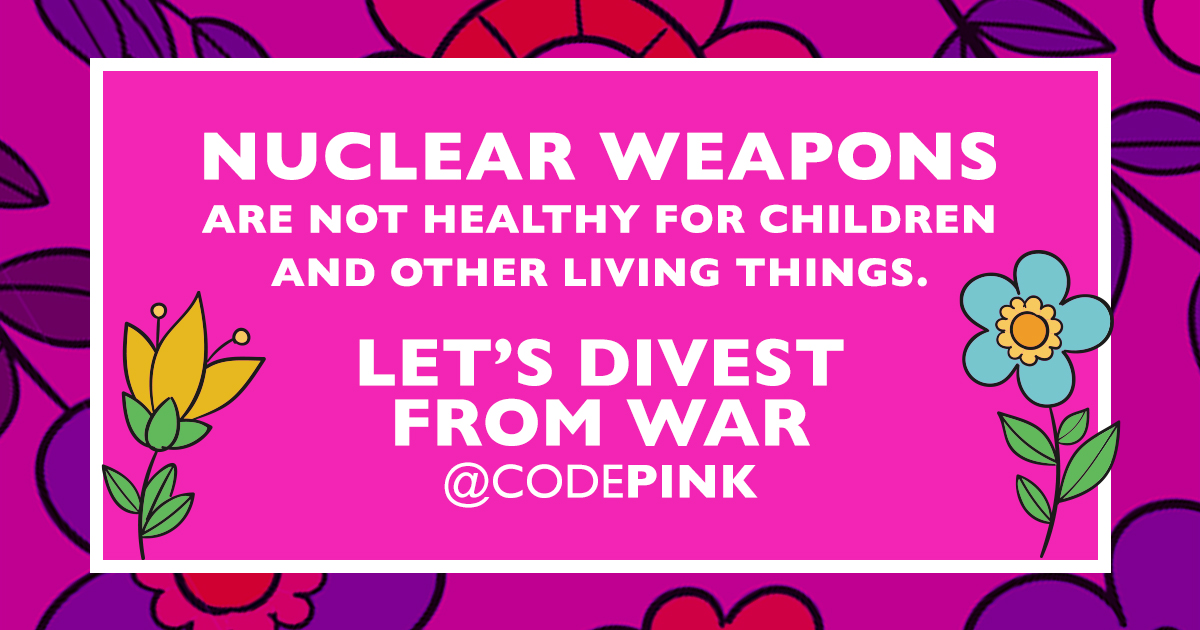 Instead of investing our limited tax dollars into combating real existential threats like climate change, the Pacific Deterrence Initiative invests in environmentally destructive and expensive military equipment like the DDG-51 Arleigh Burke-class destroyer. A single destroyer like this costs 2 billion dollars, which means that 40% of the entire program budget will be spent procuring a single ship that will contribute to climate change without protecting American lives. With Secretary of Defense Lloyd Austin serving on the Board of Directors for Raytheon, we know that this drive for more costly and catastrophic U.S. wars can be directly traced to the need to maintain a profit-driven war economy, and as U.S. citizens, we must challenge this!

The House Armed Services Committee has a simple choice: they can either use their power to rubber stamp a dangerous escalation of tensions with China and a new terrifying nuclear arms race that pushes us to the brink of global annihilation or reject President Biden’s recommendation and, instead, foster global stability and survival of the human race.

Let’s send powerful politicians on the House Armed Services Committee a clear message: the people want to defund nuclear weapons, avoid war with China, and invest in the safety of our planet!