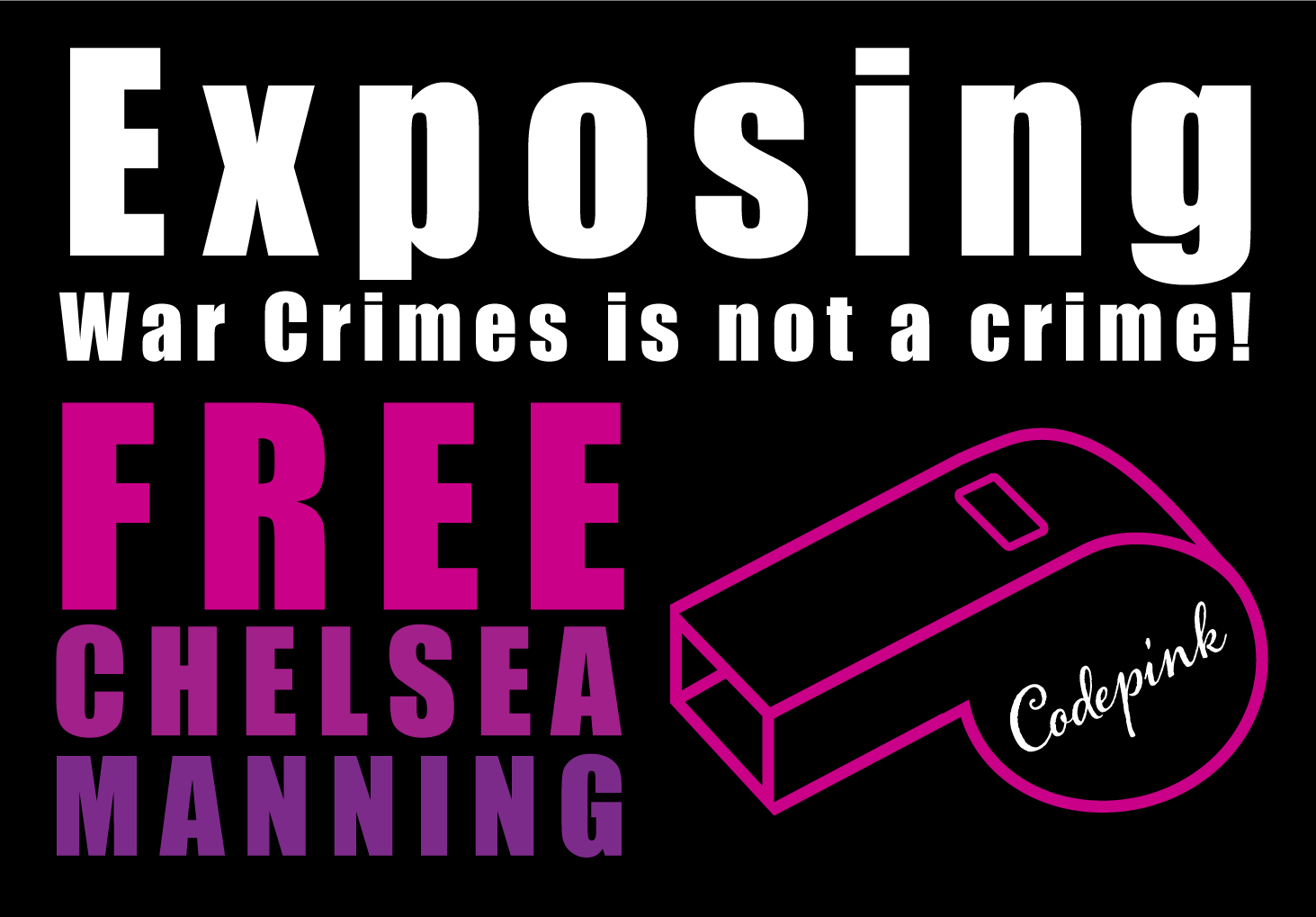 Chelsea Manning needs your help now! She has already spent more time behind bars than any other whistleblower in U.S. history.  She’s been mistreated, subjected to torture, and denied access to desperately needed health care while serving a 35-year sentence during her transition to female in an all-male military prison. She has attempted suicide twice in the past two months.

Chelsea's own words in her 13-page statement, which is included in the petition for clemency:

"I have been fighting for years to be treated respectfully and with dignity; a battle I fear is lost. I do not understand why. This administration has transformed the military through the reversal of 'Don't Ask Don't Tell' and the inclusion of transgender men and women in the armed forces. I wonder what I could have been had these policies been implemented before I joined the Army. Would I have joined? Would I still be serving on active duty? I cannot say for sure. But what I do know is that I am a far different person than I was in 2010. I am not Bradley Manning. I really never was. I am Chelsea Manning, a proud woman who is transgender and who, through this application, is, respectfully requesting a first chance at life. I wish I were strong and mature enough to realize this back then."

Something must be done right now, Chelsea’s life is literally in danger.
Sign this urgent petition: Demand Chelsea’s release based on time served. The deadline is December 14th!

Chelsea risked everything to do what she felt was right. But her situation is about to go from bad to worse. KT Mcfarland, the incoming administration’s pick for Deputy National Security Advisor, has repeatedly called for Chelsea to be executed.

President Obama has one last chance to do the right thing, but he’ll only do it if we generate a massive outcry, right now.

Join the movement supporting Chelsea to raise beyond 100,000 signatures and share this with friends and on your social media.

Imagine what her life must be like in that prison, this will be her 7th holiday season locked up. Take the time to send her a holiday message and tell her much you appreciate her courage and that you pushed on Obama for her.

Rules for writing to Chelsea to ensure she gets your note or card.