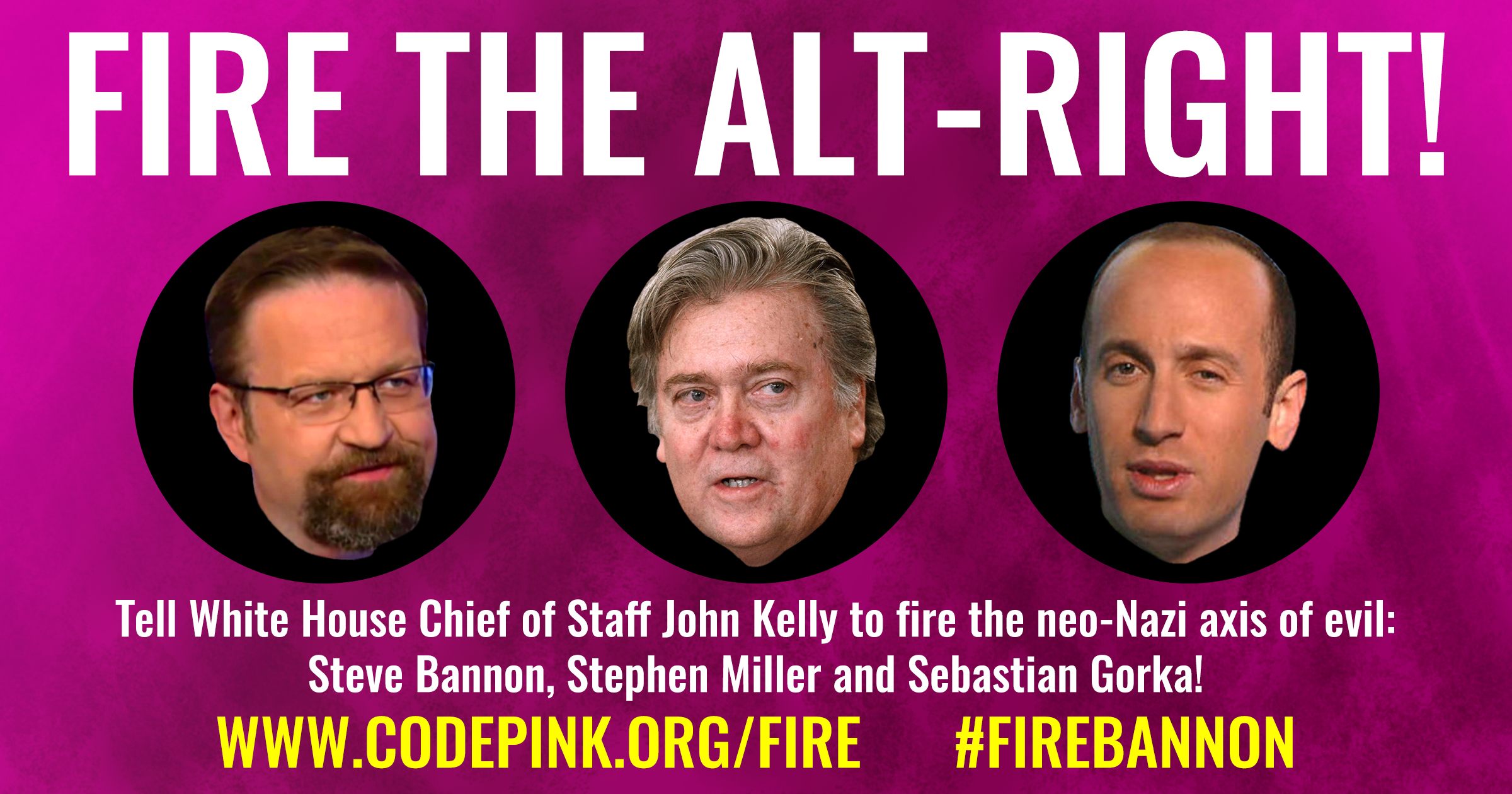 This recent display of hatred didn’t come out of nowhere. America was built on slavery and settler colonialism. Now, white nationalist sympathizers are holding top positions in the White House.

P.S. One of the most lasting ways to dismantle white supremacy is by building a local peace economy. Learn more about how to do this at CODEPINK’s August 26-27 Peace Camp in Sonoma Valley. Or join the delegation in Cuba.