Feminism Not Militarism - Join us in DC! 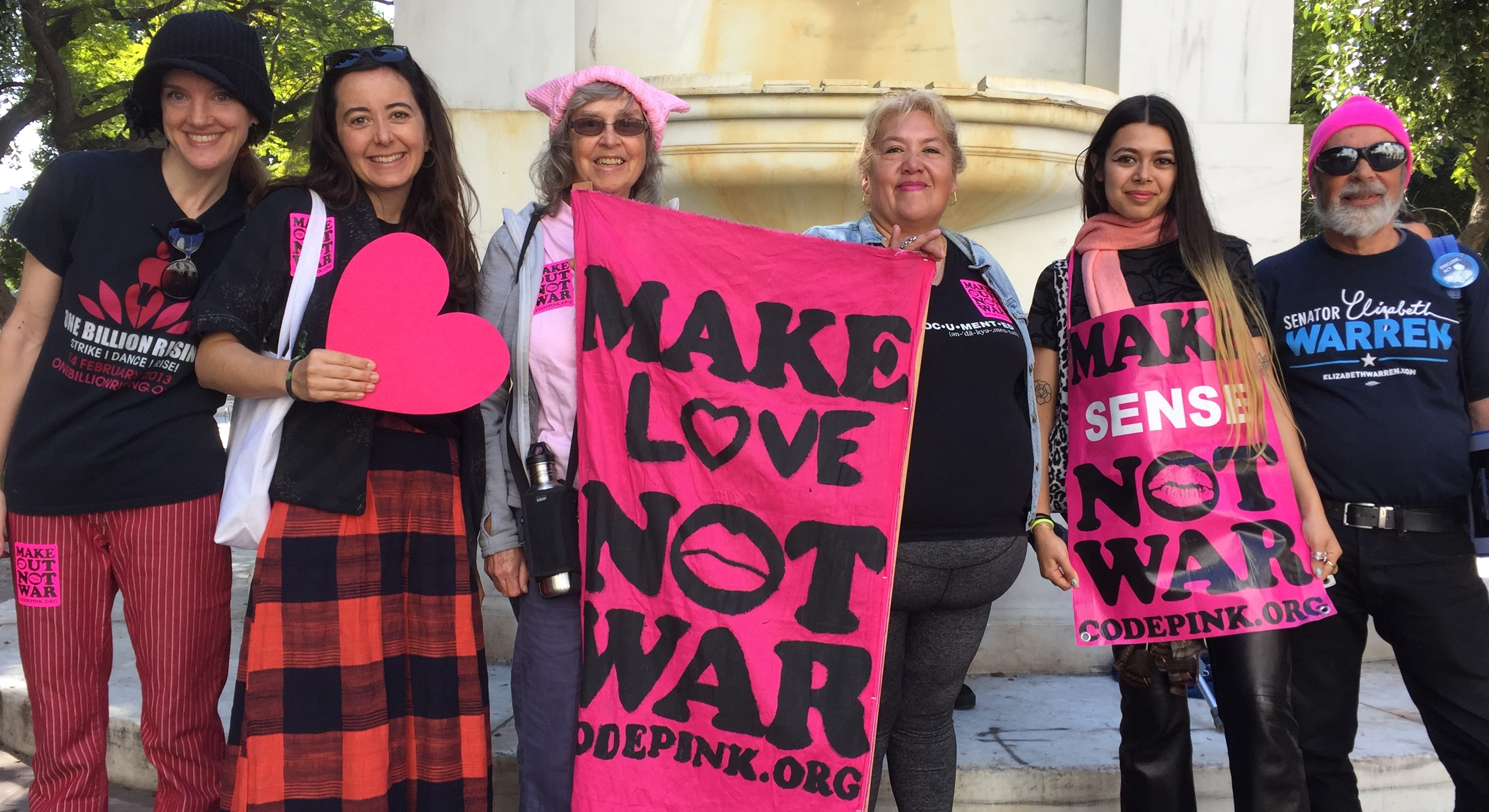 Join us as we Rise, Love & Resist at the International Women’s Day March in DC!

This International Women’s Day, we call for a world without weapons and war, without violence and hate. Trump has announced his desire to increase the military budget, let us take this opportunity of communities coming together to celebrate women and say Feminism Not Militarism! Join us as we #RiseLoveResist in DC!

We call people to come and be in solidarity with Muslim and migrant women, women of color, working and unemployed women, lesbian, gender nonconforming and trans women – for an end to violence in the workplace and other spaces. We oppose the institutional, political, cultural and economic attacks on women and other peoples. We say "Feminism Not Militarism!" This rally will be on the day – and in solidarity with - women around the world rising for women’s rights, including the International Women’s Action and The Women’s March: A Day Without a Woman.

This action will feature live testimony and rallying cries from a diversity of voices, performances, videos, a flash mob, poetry, music, and much more, including Climbing PoeTree, Eve Ensler, Sophorn Yang, D.C. Labor Chorus, and more. Through an artistic uprising, collective expression and creative resistance, women workers and artists will share personal powerful moving testimonies. We will come together to witness and listen to women who hold this country up but often remain invisible.

*Women is an inclusive term reflecting all those who identify as female.

Join us as we #RiseLoveResist in DC!

In movement,
Jodie, Medea, Paki and the CODEPINK team

P.S.: Print, post, and share these posters- because we say #Not1More detention or deportation and #nobannowall. Immigrants and refugees are #heretostay. Learn more about how to support vulnerable communities during these times at our No Ban No Wall resource page.