Feminism Not Militarism at 2018 Women’s March 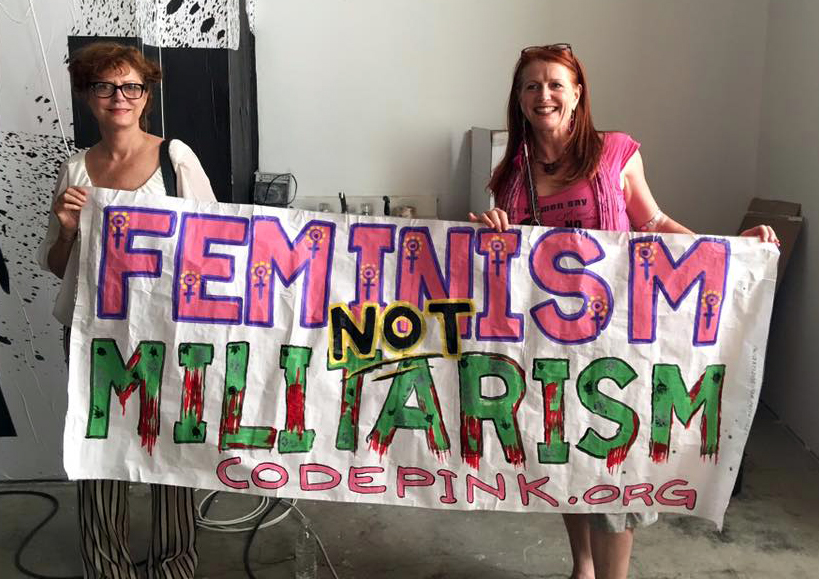 Tomorrow around the world we will come together at the 2018 Women’s Marches.  Again to say NO to Trump’s racist, misogynist, hate-filled agenda. Join us in bringing the messages that we want feminism not militarism and an end to those making a killing on killing who should instead divest from the War Machine. 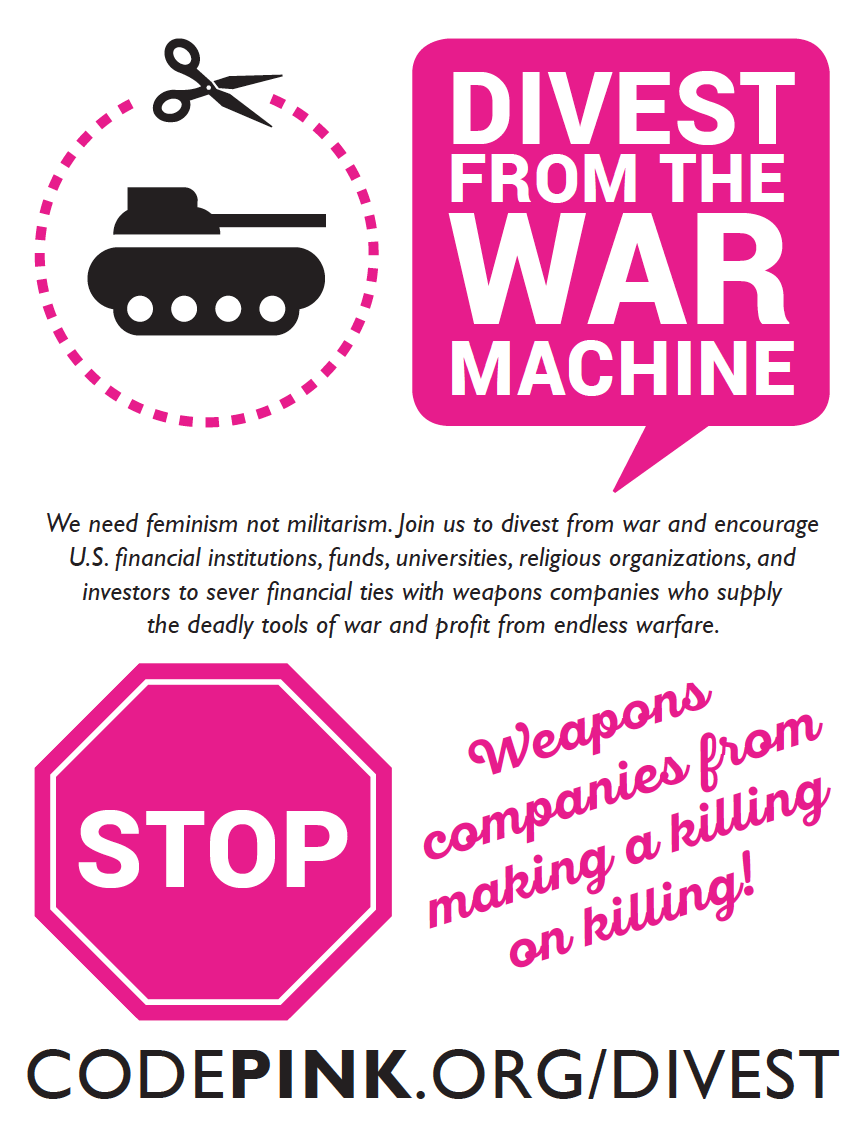 If you have the capacity, print out, make copies and cut in four, our quarter page flyer with these messages encouraging action.

Schools across the US are struggling for basic services. Baltimore schools don’t have the funds to heat their classrooms, but weapons companies, like Lockheed Martin, Boeing, Raytheon, General Dynamics and Northrop Grumman, are literally making a killing off of killing! These are the values of a war economy not the peace economy we want to be growing.

We can divest from the war machine and build a world of feminism not militarism. Check out where the 2018 Women’s March is in your city and print out our quarter page flyers to share the message.

One of the ugliest manifestations of the war machine is Israel’s 51-year-long military occupation of Palestine. On this day last month, 17-year-old Palestinian activist, Ahed Tamimi, was arrested for standing up to a soldier who tried to invade her home. For this, she is facing up to 10 years in prison and has been denied release on bail. In support of her struggle for feminism over militarism, we are sending love and solidarity to her on the day of her 17th birthday and start of her trial. Sign the birthday card to her and we will have your personal message of support hand delivered. Now get on your pink and out to the streets in the 2018 Women’s March with our quarter page flyers to divest from war and demand feminism not militarism.

Click any of the locations below to join us in the cities we are marching in to send us a quick email! See you in the streets!
Washington DC (Medea, Paki, Bri, Molly, Ariel), LA (Kelly, Taylor, Mariana, Paula), SF (Haley) Dallas (Sarah; Natasha, Leslie), Barcelona (Jodie), and Toronto (Fifa)