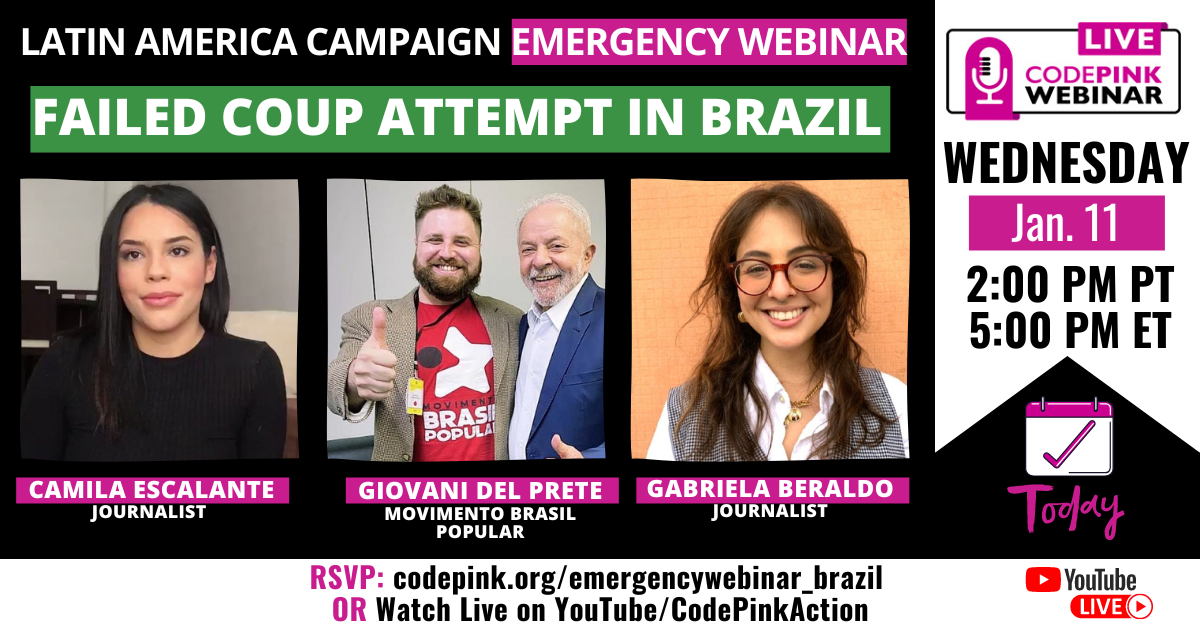 Did Bolsonaro plot the assault on Brazil’s democracy from Florida? Tune in to hear from three prominent Brazil analysts as they speak about the recent January 6-style coup attempt.

On January 8th a group of supporters of former president Jair Bolsonaro, attacked and ransacked the Brazilian presidential palace,  Supreme Court and Congress. This attack is part of a global response from fascist groups, as more progressive governments are elected throughout Latin America. Join CODEPINK for a discussion on what forces are behind the latest destabilizing efforts and what we can do to be in solidarity with the Brazilian people and their elected government.