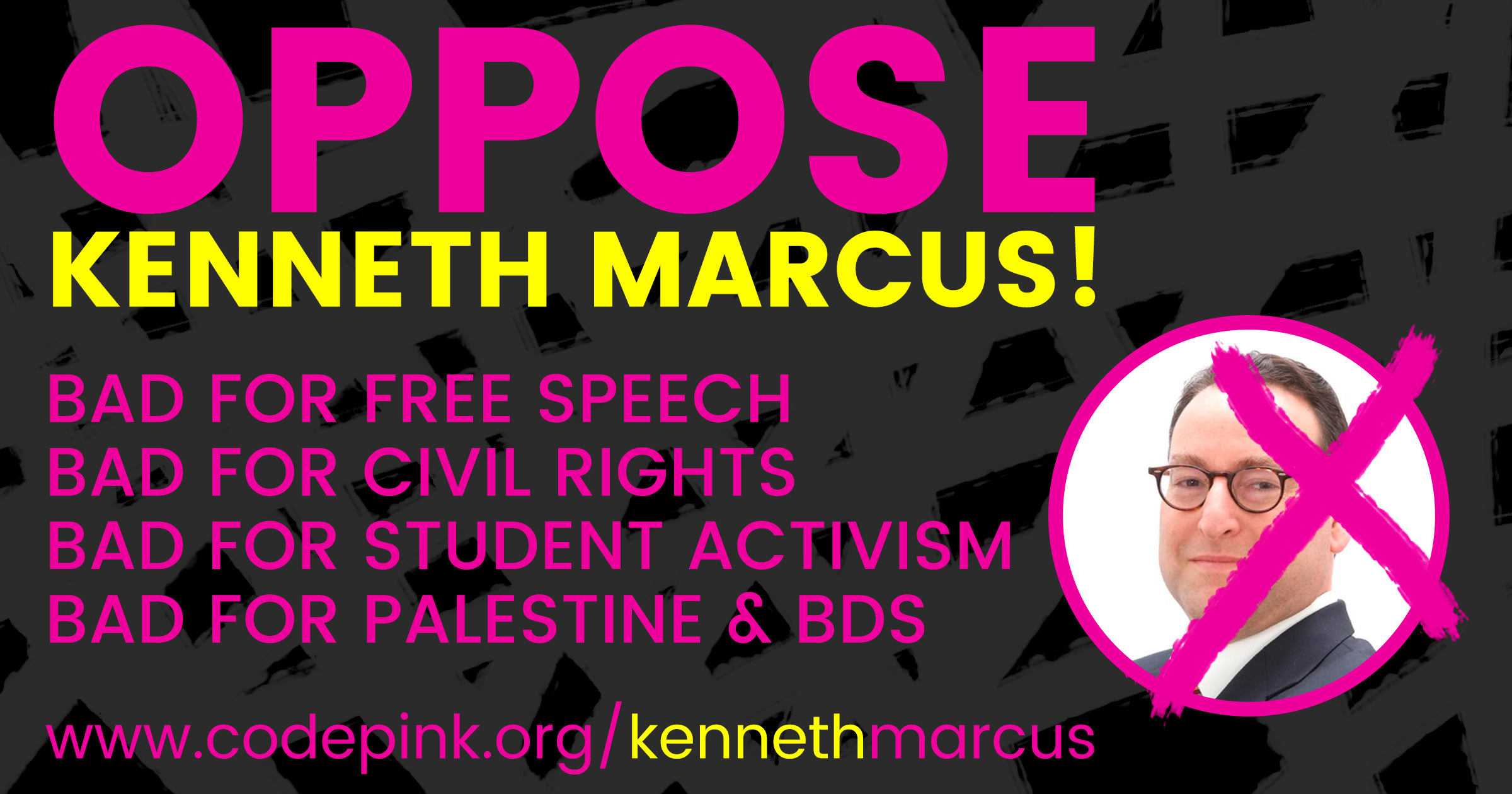 Tomorrow morning the Senate Committee on Health, Education, Labor and Pensions will decide on Trump’s pick of anti-Palestinian rights crusader Kenneth Marcus to be Assistant Secretary for Civil Rights in the Department of Education.  Marcus has built his career on targeting student activism and free-speech, especially speech critical of the Israeli government. He has also been a vocal opponent of LGBTQ rights and affirmative action. He is unfit to protect anyone’s civil rights, especially students!

Tell the Senate Committee on Health, Education, Labor and Pensions to vote NO on Kenneth Marcus!

The Department of Education office Marcus would be running is meant to protect students from systematic discrimination. But Marcus has spent years trying to intimidate and silence students who organize for Palestinian rights.

So far, Marcus’s attempts to curtail and punish student activism have been unsuccessful, and the Department of Education has reaffirmed that organizing for Palestinian rights is protected political speech. But, if confirmed, he will be in the very position to make those decisions.

Contact the Senate Committee on Health, Education, Labor and Pensions and tell them not to confirm Kenneth Marcus!

Student organizers inspire us all. They are at the forefront of the fight for Palestinian rights. Instead of curtailing their First Amendment rights, let’s curtail the reach of Kenneth Marcus!  Don't forget to share this message on Twitter and Facebook!