Do you ever wonder what’s really going on? 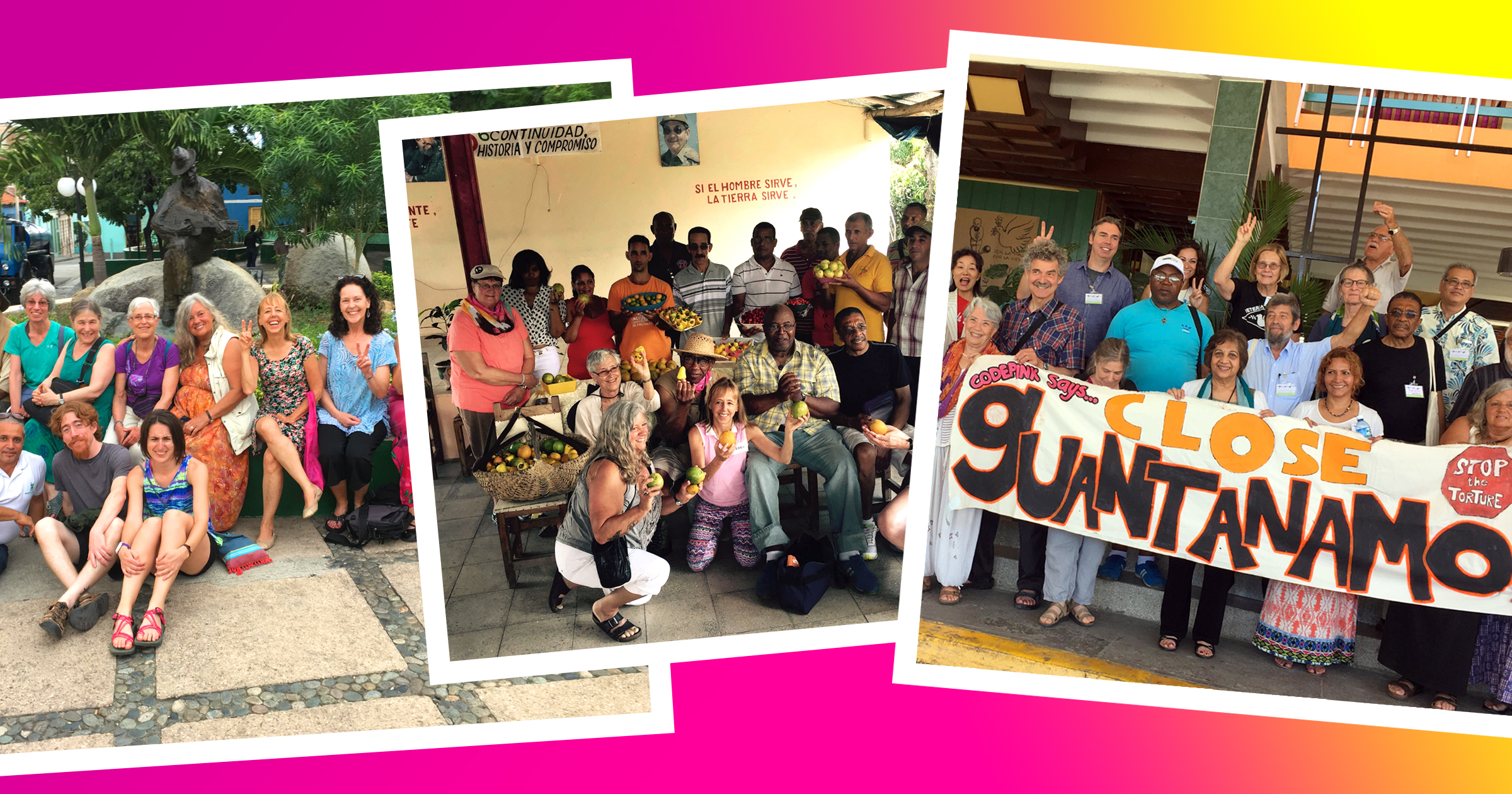 Do you ever wonder what’s really going on? I do!

In 2016, I traveled to Greece to learn first-hand about the refugee crisis in Europe. While on the trip, I learned the United States plays no leadership role in the worst humanitarian crisis since World War II, and given Trump’s current immigration stance, the plight of refugees will not be at the forefront. This week, I am joining a delegation to Iraqi Kurdistan to see beyond mainstream media and learn about war in an unfamiliar culture.

I’m not the only one traveling this month! CODEPINK cofounder Medea Benjamin is in Cuba participating in a No More Military Bases Conference in the Province of Guantanamo and CODEPINK LA’s Paula Kahn will explore and see with her own eyes the nonviolent efforts in Palestine and Israel.

You can be a citizen diplomat too! We’re on the ground, participating in citizen diplomacy, and building people-to-people ties in conflict regions and government-sanctioned countries. With the Trump administration’s lack of diplomacy, we are in a unique position to fill in that gap.

There are a few spaces available on the Cultural Encounters and Peace Trip to Iran, but perhaps there’s someplace else you’d like to travel? Tell us where and why?

Let’s get out of our comfort zone, our mainstream media, our everyday lives and go out and model a world of compassion, equality and peace!

PS: Don’t forget to order Drop Earrings, Not Bombs, each set of earrings are handmade by a Syrian refugee in Istanbul.